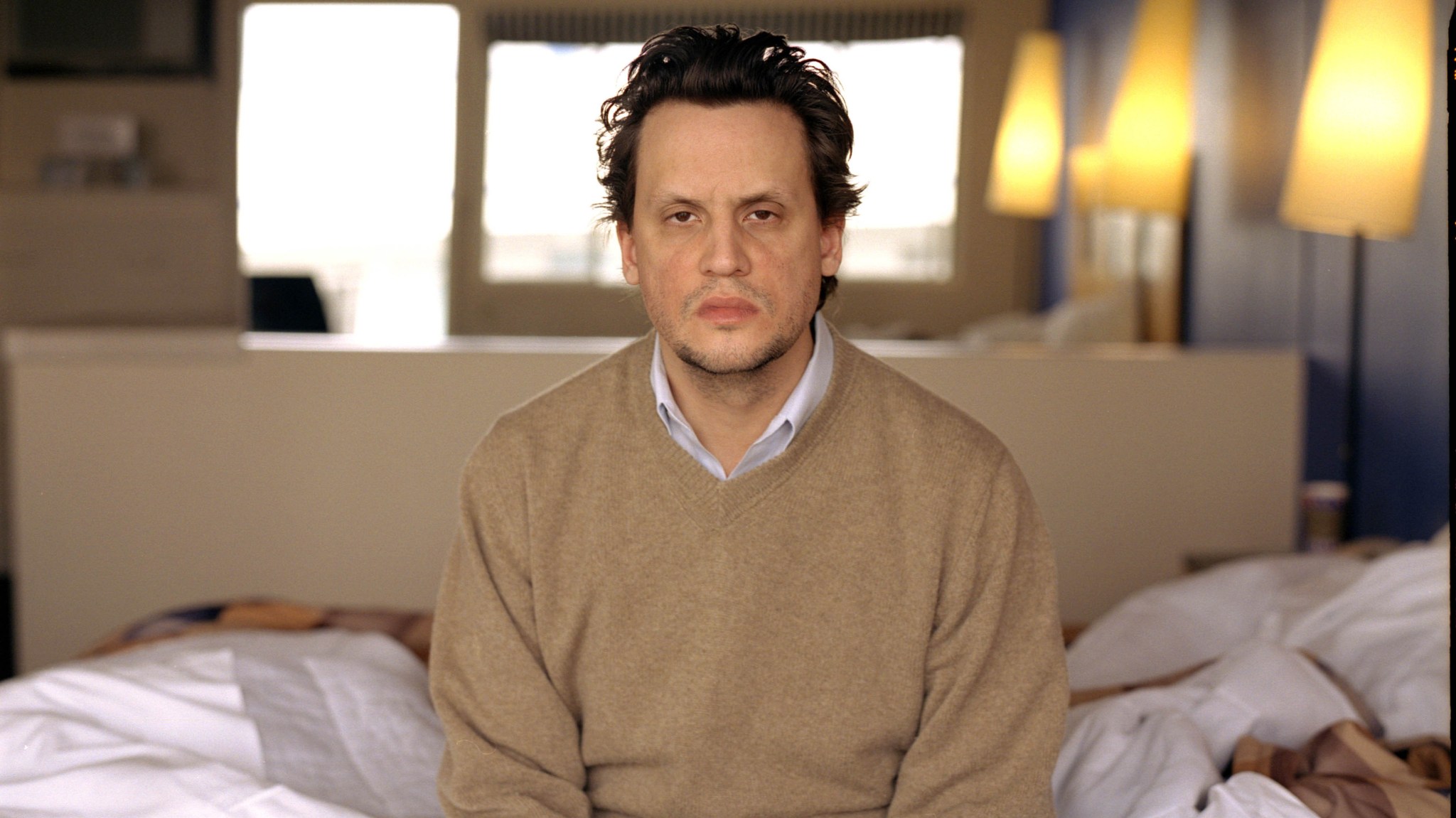 Mark Kozelek turns 47 on Friday. Since 1992, he has released a dozen or so full-length albums, several EPs, and way more live records than is warranted, initially with his band Red House Painters and then as a solo artist under the moniker Sun Kil Moon. In that time, Kozelek’s musical style — sad, starkly autobiographical songs performed at an oft-deliberate pace — has scarcely changed. An eccentric loner who grew up in northeast Ohio listening to Kiss and AC/DC and somehow ended up sounding like his generation’s Leonard Cohen, Kozelek has never been famous or even approached the verge of fame. (Appropriately enough, his closest brush with mainstream pop culture was an acting role as Stillwater’s largely silent bassist in Almost Famous.)

If all you know about Kozelek derives from the preceding sentences, you’ve likely already gathered that he fits the profile of the brooding, enigmatic, and cultish singer-songwriter. His reach barely extends beyond the small enclave of followers that buy his records on the regular. Like a lot of artists who somehow wind up with careers spanning several decades without becoming a household name, Kozelek is easy to take for granted. He’s part of that midlevel stratum of musicians facing the same dilemma: At some point, you get boxed in by your own entrenched persona and distinguished discography. Eventually, the media gives up trying to cover you, because music writers can no longer fit you into a “culturally relevant” narrative. Even fans start to get lulled into indifference by the ho-hum consistency of your albums.

Apparently, Kozelek recently started feeling the same about his own work.

“I didn’t want to put myself, or anyone else, to sleep with another quintessential Mark Kozelek album,” was how he put it in an email interview with Pitchfork’s Laura Snapes in 2012. Kozelek at the time was promoting his fifth album as Sun Kil Moon, Among the Leaves. For a casual listener, Leaves would hardly seem like a departure from Kozelek’s previous records — the songs are melancholy and introspective, and played on acoustic guitar. It is quintessential sad-bastard music.

But there is no such thing as a casual Mark Kozelek listener. Largely forsaking the austere, near-hymnal tidiness of his past records, Leaves felt loose and unpolished. If you follow the guy’s career, the album’s conversational lyrics and caffeinated vocals (by Kozelek’s languid standards, anyway) signaled a crucial shift, as did the middle-aged ennui and (most shocking for a Kozelek record) laugh-out-loud self-deprecating humor. “Sunshine in Chicago makes me feel pretty sad / My band played here a lot in the ’90s when we had / Lots of female fans and fuck, they all were cute / Now I just sign posters for guys in tennis shoes,” Kozelek sings in the album’s most memorable number, “Sunshine in Chicago.” It was a mid-career record from a mid-fortysomething artist that explicitly addressed its own overwhelming mid-ness.

Admittedly, I was among the Kozelek fans who dutifully gave Leaves a few listens before setting it aside. Ever since his career culminated with the 2003 masterpiece Ghosts of the Great Highway, Kozelek had totally lulled me with a series of albums I bought and liked and promptly filed away. He seemed like a guy in the midst of a respectable fade. But it turns out that Leaves was really a prequel of sorts for Benji, Kozelek’s startling new Sun Kil Moon album out February 11, and a major creative resurgence.

Benji is already generating more pre-release buzz than any Kozelek record in years, due in large part to the song “Ben’s My Friend.” Equally parts goofy and heartwarming, “Ben’s My Friend” is a gentle yacht-folk doodle that recalls the self-referential tone of “Sunshine in Chicago.” It’s also indicative of Kozelek’s current “I did this and then I did that” style of songwriting, unpacking a couple of very long run-on sentences that add up to a detailed account of a rather mundane day in the life of Mark Kozelek.

In short: He wakes up, he worries that his record needs another song, he goes shopping with his girlfriend and buys a pair of $350 lampshades, he eats crab cake at a restaurant and makes fun of the “sports bar shit” on the walls, he thinks about the time he saw his friend Ben Gibbard play with the Postal Service and how traffic was the worst and there were drunk hipsters everywhere, he feels competitive and maybe a little petty toward his buddy afterward, and then a few days later he’s back in the studio with renewed energy. He has the song that he needs.

As a teaser for Benji, “Ben’s My Friend” is inviting but not all that representative. Divorced from the record, it almost seems like a novelty song. But in the context of Benji, it’s positioned at the end, as a relatively light (and turns out necessary) chaser. While the other songs on Benji have a similar stream-of-consciousness quality, moving freely between episodes drawn from Kozelek’s daily life and a flood of troubling memories from his past, they are much deeper and far more gut-wrenching. The result is the rare record by a legacy artist that has the qualities of the past work (namely intensely personal and emotional songs) but is presented in a tangibly new and fully engaged package. Benji feels vital because only this specific guy could have made this specific record at this specific time.

When asked in the Pitchfork interview about the unwieldy 17-song track listing for Leaves, Kozelek sardonically replied that “recording a standard 10-song album is a concept I chose to make fun of on this record.” While Benji in many ways feels like a continuation of its predecessor — in terms of tone, vocal style, lyrical perspective, and penchant for absurdly long titles like “I Watched the Film ‘The Song Remains the Same’” — it’s a more of an album-album. Calling it a concept record probably wouldn’t be accurate, but there are obvious thematic links between the songs that tie it all together.

It’s an album on which Kozelek’s friends and family members often die, usually via senseless and horrifying means. (An exploded aerosol can appears in both the album-opening “Carissa” and the brutal “Truck Driver.”) Classic rock is the soundtrack to both formative sexual experiences (“Dogs,” which is a nod to Pink Floyd’s Animals and shorthand for Kozelek’s younger, more caddish self) and guilty, unshakable memories about punching out a weaker kid on the playground in elementary school (“I Watched the Film …”).

It’s as much a collection of Raymond Carver–like short stories, or a wide-ranging monologue about the weight of cumulative experience in the style of Spalding Gray, as it is an album. Kozelek has the brain of an existentialist, dwelling on how death has randomly intruded into the lives of those around him for as long as he can remember. (This also extends to current events in the self-explanatory “Pray for Newtown.”) But at heart he’s a humanist — a sentimentalist, even. Both of his parents, apparently divorced, get handmade valentines from their son. “I Love My Dad” is funny and full of lessons. (“When I was 5 I came home from kindergarten cryin’ cause they sat me next to an Albino / my dad said, ‘Son, everyone’s different, you gotta love ’em all equally.”) But “I Can’t Live Without My Mother’s Love” is something else entirely. It’s the most affecting song I’ve ever heard about an adult coping with the eventual death of a parent. Over a simple, lilting guitar strum, Kozelek lists all of the stuff he’ll miss when she’s gone, like playing Scrabble to the rhythm of a grandfather clock.

“My mother is 75 / she is the closest friend I have in my life / take her from me I’ll break down and bawl,” he sings. This is the stuff you worry about before a new pair of expensive lampshades offers a temporary distraction. I still can’t play it without all of the oxygen escaping from my chest.

A person half Kozelek’s age probably couldn’t be so openly vulnerable and earnest without also appearing callow. To borrow an overused cliché applied to brooding, enigmatic, and cultish singer-songwriters that nevertheless is apt in this case, Kozelek gets away with it on Benji because his honesty obliterates any potential for mawkishness. What he has made is a remarkably moving record about a guy just trying to make it through another day, no matter the darkness lurking behind the sports bar shit that surrounds him.

Jay Z and Will Smith Are Producing 'Higher,' an Electronic Dance Music Comedy at HBO