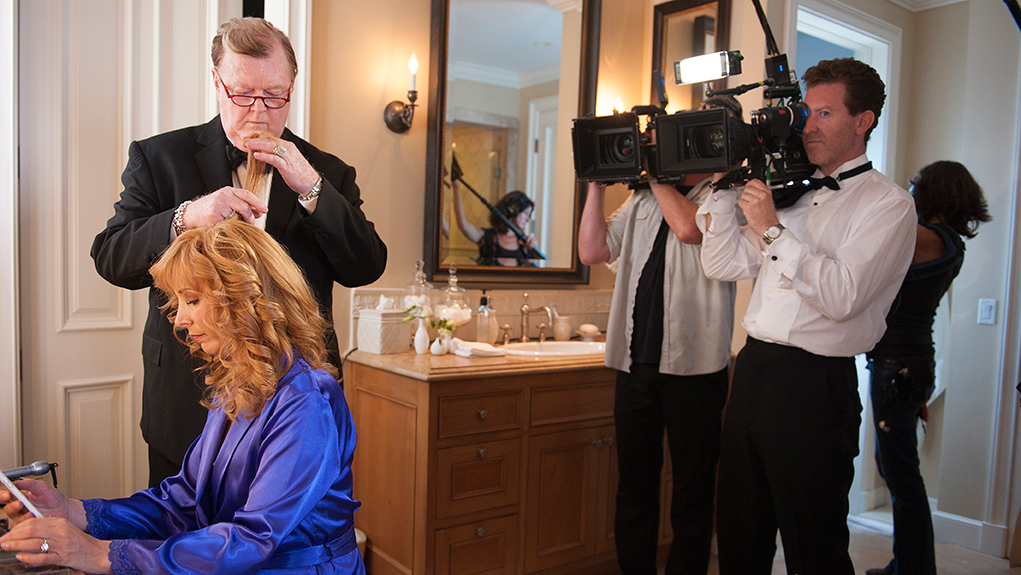 The Comeback saved the best for last.

The HBO mockumentary, which tracked the attempted career revival of washed-up, oblivious, and deeply narcissistic actress Valerie Cherish (played by Lisa Kudrow), certainly has more scathing episodes than Sunday’s second-season (and possibly series) finale: This season’s “Valerie Is Brought to Her Knees,” for example, was a probing, brutal exploration of the treatment of women in Hollywood. But the finale, “Valerie Gets What She Really Wants,” did something even more impressive: It made its protagonist a hero.

For most of the series, Valerie has been an object of cringe-inducing fascination. She’s been passive and painfully earnest, and she has had valid bones to pick with many of the people in her life (primarily writer/human black hole/antagonist Paulie G.) — but she has not been a good person. That was especially true in Season 2, which found her sacrificing her marriage, home, and self-respect to the altar of success — taking a starring role on Seeing Red.

Over the course of The Comeback’s finale, Valerie got her fame. But she was also repeatedly reminded of what she lost in the pursuit: her relationships with her former costar Juna (Malin Akerman), her best friend and hairstylist Mickey (Robert Michael Morris), and, most important, her estranged husband, Mark (Damian Young). At the end of the finale, Mark texted Valerie to let her know that Mickey — whose deteriorating health and imminent demise had been telegraphed for practically the entire season — had collapsed and was in the hospital. Valerie went to him, abandoning the documentary crew that followed her every move and missing the chance to accept her Emmy.

This was a shock, not just for viewers, but for the other characters on the show — including Valerie herself. Mark, who admitted he hadn’t expected her to actually show up, looked at her lovingly and said, “There you are.” He was right — it was if we were seeing Val for the first time, because we were. Her change of heart might have been a cheap trick, but it was a revelation instead — and it worked because of a shift in the way the series saw her.

When Val decided to leave the award show, the visual style of the show switched from its standard mockumentary mode to a style more becoming of something like cocreator Michael Patrick King’s previous HBO outing, Sex and the City. It was soft, deliberate, and beautiful. As Val took an Uber to the hospital, she was framed like an ethereal vision, where before she had been grounded; taken away from the prying lenses that surrounded nearly every moment of her life; and deserving of unconditional love. In the final shot of the season, she and Mark reconciled and left the hospital, hand in hand, confident in her newfound professional success and Mickey’s continued health. The camera did not follow.

The conclusion of “Valerie Gets What She Really Wants” did something remarkable — it gave viewers an entirely different perspective on who the main character was. Reframings aren’t entirely new to television series finales (see Lost, Battlestar Galactica, or How I Met Your Mother), but suggesting that the viewers are, to an extent, wrong about the protagonist is far more rare. It’s much easier to pull the rug out from under viewers when it comes to plot and the existence of a world (like the dream endings of Roseanne, Newhart, or St. Elsewhere) than to directly contradict the audience’s perception of a character. It’s a trick that was last attempted, unsuccessfully, just over a year ago in another show’s finale, one much more critically acclaimed than The Comeback: Breaking Bad.

That show’s swan song,“Felina,” was essentially a sustained effort to redeem Walter White. His final plans — to get his blood money to his son, earn a semblance of forgiveness from his estranged wife, and kill a shitload of neo-Nazis — all succeed. To use Walt’s own words, he wins, all while saving Jesse’s life and ensuring people will remember his name. But Walt was a truly awful person, one who was even less relatable than Val. He didn’t earn the various gifts from the heavens he received in the finale, from the keys he magically, surreally obtained from a parked car, to the perfectly functional death robot in his trunk. And, unlike The Comeback, Breaking Bad did nothing to persuade us that we were wrong about the moral failings of the show’s main character.

What The Comeback gave the viewer was an entirely different perspective on Valerie — another side of her, untainted by stardom. The show was suited, formally, to do this — it was often implied that the presence of the documentary camera crew caused Val to ham it up. And her actions were repeatedly manipulated by that crew’s producer, Jane (Laura Silverman). The closest the series had come to suggesting Val had even close to this level of kindness and altruism inside her was in a fight with Mark that the crew wasn’t even meant to be privy to.

“Valerie Gets What She Really Wants” suggested we were wrong about Valerie Cherish all along. “Felina” suggested we were always right about Walter White. The greatness of Bryan Cranston’s performance wasn’t in showing Mr. Chips turn into Scarface — it was showing the humanity in a monster. As great as Breaking Bad was, it never succeeded in casting Walter White in a different light at the end, much as it claimed to. The Comeback, extraordinarily, did that, through a radical shift in perspective beyond anything that happened in “Felina.” Like Val, Walt got what he really wanted. But it was only his triumph — not the show’s.