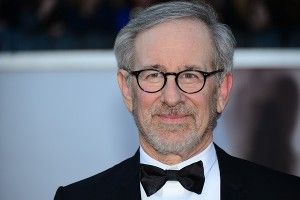 Having recently been denied a third Oscar for Best Director, Steven Spielberg may instead be focusing on racking up a perhaps-less-prestigious fourth Outstanding Miniseries Emmy (after Band of Brothers, The Pacific, and, um, Taken). To do so, he’s once again partnering with the late Stanley Kubrick, whose 1961 script for a film about Napoleon will be the basis for an upcoming Spielberg adaptation.

This won’t be the first collaboration between Spielberg and Kubrick that spans the abyss of the grave. A.I. Artificial Intelligence famously combined both men’s seemingly disparate sensibilities for one of the most discussed (if not universally beloved) films in either man’s filmography.

It’s not clear how soon we’ll be seeing Napoleon (nor whether, after Lincoln, this is part of a larger effort on Spielberg’s part to film all the historical figures from Bill & Ted’s Excellent Adventure, perhaps culminating in an Avengers-style payoff event). Spielberg is somewhat famous for hoarding future productions — Jurassic Park IV, Robopocalypse, Under the Dome, that miniseries version of The Talisman that’s probably never happening — and he’ll be working in tandem with the Kubrick family on this one.

Still, it’s a juicy prospect, Spielberg and Kubrick, together again. If nothing else, it will be fun to imagine which man’s sensibilities will win out. Which is to say, whether Spielberg leaves Napoleon to die on Saint Helena rather than have him be discovered by a kindly alien race that fabricates a one-day reunion with the mother who abandoned him.