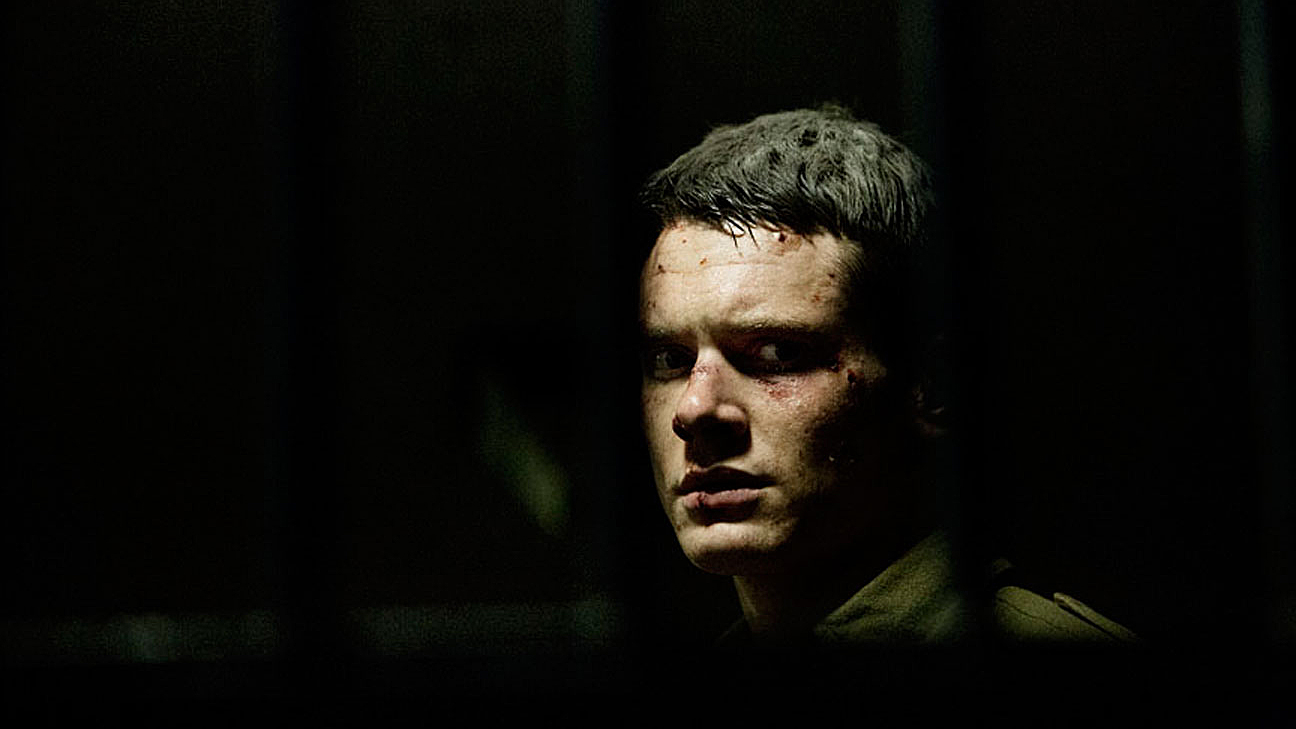 Jack O’Connell had a banner year. He’s currently starring in Amy Pascal’s favorite movie, Unbroken, and his portrayal of Louis Zamperini has been talked up for a Best Actor Oscar nomination. But he also appeared in two of the leanest, meanest action films of 2014. Both are British, and neither is the kind of film they give out Academy Awards for. Though they probably should.

The phrase “starred up” refers to a juvenile offender getting kicked upstairs to real prison. This is the situation O’Connell’s Eric Love finds himself in at the start of the film by that name. Starred Up is never again as good as its opening sequence: The camera stays close on Eric as he gets off a bus and is checked in to the adult facility. For 20 minutes, we don’t get to see the place from anyone else’s perspective. We are taught everything about the character and the setting by being forced to follow alongside him.

This isn’t the kind of prison movie that promises escape. Eric is being studied — directed by guards, forced to comply with the demeaning entry process familiar to anyone who’s ever seen a prison movie (from A Clockwork Orange to Stir Crazy to In Hell). O’Connell is young, but physically right for this environment. After he’s in a private cell, he hits the yard, where his father (Ben Mendelsohn) greets him by telling him he’s nothing special. The film never takes an expository pause to explain their relationship. No time for that. Eric wakes up the next day and beats a prisoner unconscious “by accident” (meaning the guy surprised him by getting too close while Eric was asleep). This sequence is where Starred Up finds another gear. Eric drags the beaten prisoner to the infirmary and then runs to his cell, covers himself and the floor in baby oil, and starts tearing apart furniture to make weapons. The POV splits off from Eric and joins the wall of guards in full riot gear who show up to take him down. The fight is short, but stomach-turning.

At their best, prison films are about absolute conflict. The bullshit masculinity of other action movies is transformed into a very real web of social cues, survival skills, and codified rules. Any misunderstanding could get you killed. The reasons manufactured for this in other action films don’t exist in prison movies, so filmmakers are forced to delve into character or violence by necessity. A lot of these movies are garbage, but when they aren’t, they punch above their weight class. Toxic masculinity is one of the core themes of Starred Up, with prison dynamics, teenage rebellion, racial tension, abandonment, abuse, overcompensation, and institutional control all thrown into a cauldron.

Mendelsohn plays the kind of father kids hate but still try to grow up to be. He wants the best for his son, but can’t help being a caustic blast when they’re in the same room too long. It’s implied that Mendelsohn’s Neville Love is a big-deal criminal — his name carries weight. Mendelsohn displays a weariness that you get only from knowing you’ll never get out. He perfected his scariest-guy-in-the-room tricks in David Michôd’s Animal Kingdom, from 2010, and does a lot of the same here. In Starred Up, though, you can see Neville struggle to be a person beneath the rage.

The film was directed by David Mackenzie, who had, up until this point, been making romantic dramas. He approaches the material as brutal reportage. All sorts of prison-film tropes are here, but they feel so real: the volunteer therapist with a terrible past, just trying to make things right by helping inmates; the warden who just wants the problem gone; the new fish who doesn’t understand the rules; survivors of child abuse who learn to communicate through anger; the kindness of prisoners, in tandem with unrelenting violence. O’Connell is the force of nature that shatters these clichés. He’s so young. You can see it as learned behavior, and well … acting. But he has the physicality to back it up. He’s in prison for murdering a pedophile at age 10. You absolutely believe O’Connell is capable of that.

Twice as lean as Starred Up is ’71, directed by Yann Demange. This is Demange’s first feature; he previously worked in television, most notably directing the whole series of Dead Set, written by Black Mirror’s Charlie Brooker. ’71 is set in Belfast, during the Troubles, but lacks any period-piece piousness. It also avoids the lip-service moralizing that seems to accompany every depiction of the conflict in Northern Ireland. Demange, along with first-time screenwriter Gregory Burke, has made an action movie, set in a real historical setting. Remarkably, the filmmakers managed to avoid making Green Zone, or any of those movies that use politics to give shitty action scenes added gravitas. ’71 heaves O’Connell’s British soldier into an environment he doesn’t understand. It is an incomprehensible situation, and that seems to be the most respectful approach to history there could possibly be.

’71 has more in common with films like Escape From New York and The Raid: Redemption than with political movies, and is strongly indebted to the work of Walter Hill. There’s little dialogue, the action is in service of character, character is in service of action, there are a hostile environment and shifting allegiances, and situations can go bad at any moment. The images are all filmed with a handheld, in the shit; the lighting is naturalistic; the score is minimal. The story takes place in a compressed time frame, finally playing out its conclusion in a single location. ’71 adopts a conceit found in Hill’s best work (The Warriors, Southern Comfort, the Chinatown section of 48 Hrs.): O’Connell starts out running for his life and ends up hiding, while multiple factions (two warring Protestant groups, Catholics, black-ops Military Reaction Force goons, and the British Army) pick one another off around him.

“YOU ARE NOT LEAVING THIS COUNTRY” is what the soldiers are told, early on. The city is a labyrinth — the audience never has any geographic understanding of it. O’Connell’s young British soldier is treated as a liability by anyone who runs into him. When he’s upright, everyone he meets tries to kill him. When he’s knocked unconscious, anyone seen helping him could be marked for death. Aside from Sean Harris’s undercover MRF manipulator, the entire film is populated with unrecognizable faces, most of them barely lit.

O’Connell is more vulnerable in ’71 than in Starred Up, and the film calls for a more thankless performance — nothing showy to do; he barely gets to talk. Like the most powerful sections of Starred Up, ’71 is shot from its protagonist’s perspective. O’Connell’s choices are always to play his reactions as immediate. You can see him thinking. You can see his fear, as he slips from one lethal situation to the next.

Between the two roles, O’Connell is both an imposing physical presence and a kind of transportational avatar for the audience. He’s not a chameleon, he’s not two different people, but he works each role with a completely different set of tools. O’Connell is only 24. If he manages to maintain, without falling into the traditional Method actor ego traps, he’s going to be a big deal.

‘The Bachelor’: Lessons From the Exhausting Three-Hour Premiere Extravaganza That Rocked the Dating-Show World