So Long, McDreamy: A Wistful Look Back at Derek and Meredith’s Romance on ‘Grey’s Anatomy’ 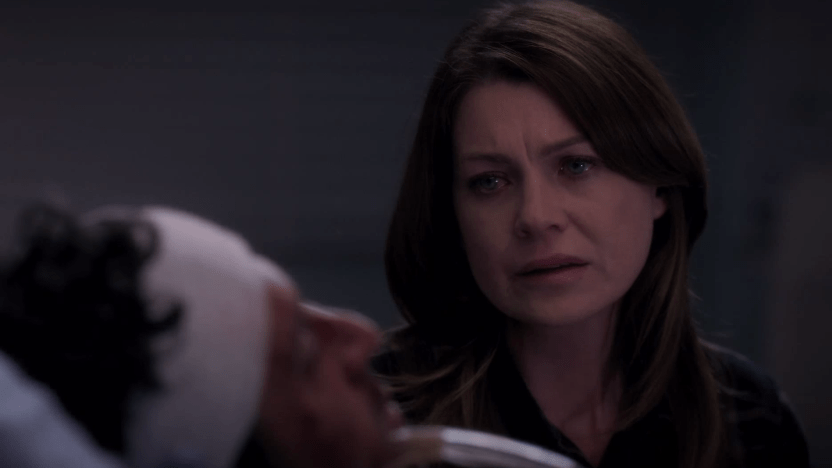 If you’re upset about the death of Derek Shepherd on Grey’s Anatomy, you’re not alone. Over 90,000 people signed a Change.org petition asking Shonda Rhimes to fix it. The language lacks the metaphors of a Meredith Grey speech and the quips of a typical Rhimes monologue, but Courtney Williams of Snellville, Georgia, makes some solid points. She speaks for thousands when she says: “You do not have someone survive a mass murderer, a plane crash, A FREAKING PLANE CRASH, AND A crushed hand, as a neurosurgeon … just to kill them off on a BEAUTIFUL DAY!! Seriously? SERIOUSLY SHONDA?! SERIOUSLY MS. RHIMES!?!?!?!?!” Seriously. After 11 seasons, most of the original cast is off the series, and even beloved second-wave characters like Mark Sloan, Addison Montgomery-Shepherd, and Lexie Grey have come and gone. For those of us still watching, Derek and Meredith were the constants, and their relationship was part of the show’s DNA. Its evolution allowed the characters and the show to grow up. Killing off Derek is not just emotionally devastating for the viewers, as Ms. Williams has so eloquently conveyed — it also eliminates an element of what makes Grey’s Anatomy worth watching.

That’s from Season 2. Addison, Derek’s wife, had followed him to Seattle, thereby threatening his relationship with young intern Meredith Grey. Meredith was hard to like back then. She whined, and even when she was allowing her vulnerability to come through, her face remained eminently punchable. Grey’s Anatomy was a sensation at this point, in spite of its eponymous protagonist. The rest of the cast was fun, and the ensemble meant that every viewer had a favorite character or at least one with whom they identified. Except that Meredith was no one’s favorite, not even Derek’s. He did not pick her after that speech (which was still heartbreaking, even if Meredith rarely warranted sympathy). We had to suffer through a Chris O’Donnell revival and lots of sad McDreamy before MerDer resumed by way of Seattle Grace prom-night sex. In the early seasons, this show just happened to be about doctors; really, it could have been about any group of professionals. Medical plotlines were completely secondary to the relationships, and Meredith and Derek were the primary couple. In retrospect, the premise seems conventional — but maybe that’s more of a testament to the show’s staying power.

Here are Derek and Meredith in the Season 3 finale. Addison and Derek are over, but Meredith’s commitmentphobia has exposed itself. Now he’s the one pleading. It’s hard to believe that Patrick Dempsey’s sad eyes didn’t make Ellen Pompeo melt into a pool of happy tears, but she doesn’t not pick him just yet. She uses her relationship with Cristina Yang (Sandra Oh) to evade the issue instead. It’s a smart move by Meredith — and it was a smart move by the show. After three season of MerDer drama — which of course would persist for many more episodes — we were all as emotionally exhausted as Derek was in that scene. For all of the rapidly shifting relationships — Izzie had approximately 8,000 suitors (rough estimate) by the end of Season 3 — MerDer was tired. Get together or don’t. The rising importance of CrisMer saved us from a poorly plotted romance arc while reinforcing the female-charged tenor of the show. With Dr. Bailey, Izzie, Meredith, and Cristina playing such central roles from the beginning, Grey’s was always invested in female characters. But elevating the drama of Meredith and Cristina’s friendship introduced some themes that are rarely dealt with on television: that keeping close friends is hard as you get older and make individual choices, and that those friendships have to be balanced with romantic relationships.

Meredith and Derek finally got married at the end of Season 5. Phew. We thought we were in the clear. MerDer forever! They wrote their own vows on the fly, so there was no mention of “till death do us part.” Mortality was never part of this union, Shonda. In fact, Derek proposed after saving Izzie with Meredith’s help. Their marriage was born out of life! This happy, vivacious Meredith was far more likable than the intern we first met. We were told from the beginning that she was a gifted surgeon, but only a few seasons in did Meredith get story lines that reinforced this notion. The Post-it wedding actually presaged the problems that would haunt this couple over the last two seasons, leading up to Derek’s car accident last week. The actual week-to-week medical cases have always been disposable. But watching Meredith and Derek trying to balance their two kids and their two careers was provocative television. Once they signed the Post-it, Meredith became a more substantive force.

These were Cristina’s parting words on last year’s season finale.1 Meredith took this advice to heart, refusing to move for Derek’s job, refusing to sacrifice her career for his. Grey’s Anatomy is probably not the first cultural artifact you’d call upon in studying feminism, but maybe it should be. For 10 years, it has been a show about working women. I really enjoyed watching this couple figure out child care and schedules. Even if it’s not entirely realistic because the characters are mega-wealthy and because it’s television, Grey’s Anatomy was engaging with Lean In without needing any hashtags or social media campaigns to carry on the dialogue. Now that Derek is dead, I fear we’ll be subjected to watching Meredith reenter the dating pool. Grieving does not make for good TV, unless there’s someone to help the mourner through it, in a biblical sense.

This is Meredith and Derek in Episode 17 of Season 4. They were supposed to make it. They were supposed to be extraordinary together. They built that house, and they had the kids. Despite the challenges, it was just supposed to work out. The Grey’s writers managed to evolve these characters over 11 seasons. Somehow this couple grew up with the show, and I grew up with them. Their relationship has been the through line of every plot twist, and it’s hard to imagine the emotional resonance will continue. Let’s hope. Stay here, don’t move, and wait — hoping that Courtney Williams’s petition miraculously revives Derek Shepherd.

Should You See It? A Curious Consumer’s Decision-Making Guide to ‘Avengers: Age of Ultron’