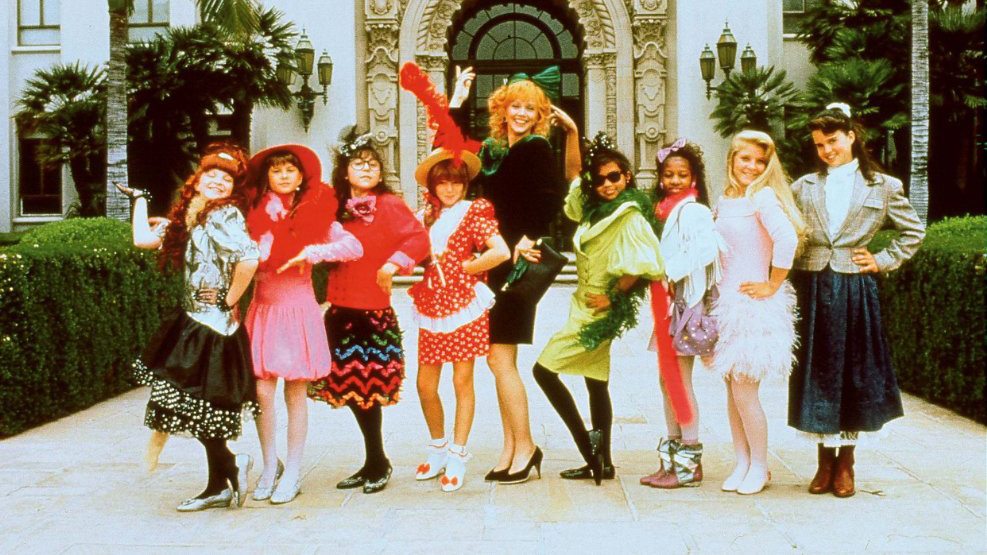 It’s weird that it took me decades to realize that Troop Beverly Hills is basically a sports movie. The 1989 film starring Shelley Long, Craig T. Nelson, Jenny Lewis, and the bit actor who would go on to become Sex and the City’s Stanford was, at its root, a classic tale of ragtag good conquering well-organized evil. It featured its own versions of archetypical characters, training montages, and halftime crises. And just in time for the nostalgic holiday season, in which you are forced to confront your childhood and your former best self and all the times you’ve spent in super-confined sleeping quarters watching VHS tapes, Troop Beverly Hills has finally arrived on Netflix. Gather round, you friends of mine!

As with all of life’s most meaningful moments — that first time getting dumped, that first successful underage alcohol score, that first brutal job interview — I remember exactly where I was when I first experienced TBH: Maeve Pinto’s house. Her mom was my mom’s tennis partner, and also the wild-haired leader of Delaware-Raritan Troop 492, one of New Jersey’s many collections of dutiful (if somewhat haphazard) Girl Scouts. We were Brownies, the lowest rung on the ladder.1 Once a week we all wore our brown kilts and patch-sashes to elementary school and then walked together afterward, motley yet uniformed, a quarter mile or so down Main Street to the Presbyterian church for our troop meeting. My most distinct memory of that era is the day we earned a badge for fashioning paper airplanes and flying them in the church parking lot. Whoever’s origami aircraft went farthest earned a free scoop at Jann’s Sweet Shoppe down the street.

We loved each other and routinely held sleepovers and rainy-day hangouts at Maeve’s. It was a good setup: a big old Revolutionary War–era house that had a den with sufficient floor space to accommodate eight to 10 girls in sleeping bags without disrupting her younger brother’s Thomas the Tank Engine set. The Pintos’ house had multiple staircases and presented an unreal locale for big games of sardines; it was also the first home I regularly visited that boasted a Super Nintendo. Mostly, though, when I think about that place I think about watching Troop Beverly Hills.

When the film, directed by Revenge of the Nerds’s Jeff Kanew, was released in 1989, Washington Post film critic Rita Kempley called it “a dog of a movie, one of those nasty little yappy dogs with fancy hairdos, pedicures and pedigrees.” The New York Times’s Janet Maslin appreciated that TBH “remains lively even at its silliest,” but deemed it “only fleetingly amusing.” Roger Ebert, most accurately, wrote that “if this movie had been a satire, it could have been deadly. Unfortunately, the story turns out to have a heart of gold.”

That’s probably why we little girls loved it so damn much. Mention the names “Phyllis Nefler” or “Velda Plendor” around a good number of thirtysomething women and you’re likely to receive a rapid-response rendition of one of Troop Beverly Hills’s many enduring lines. Smokey the Bear isn’t going through a terribly messy divorce … Nix on the “mom” business … I may be a beginner at some things, but I’ve got a black belt in shopping … [Holds up a skunk.] You’re gonna pay for this. Yes, you are … I wasn’t spying on Dad, I was tending to my azaleas … Screw you, Velda! I write these lines without having to think; they’re imprinted upon my subconscious along with bits of child chorus melodies and snippets of the last seconds of NBA on NBC games. 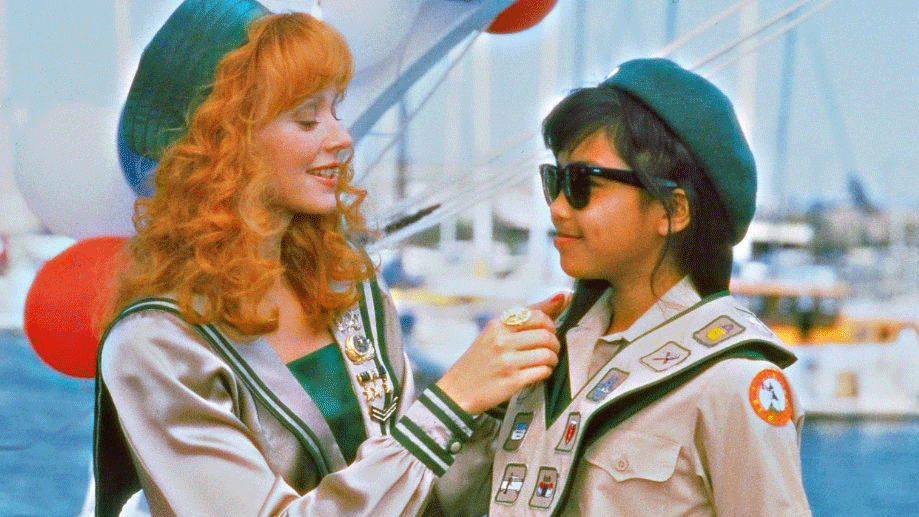 There are snippets of the movie that, as an 8-year-old, I could recite cold without really knowing what they meant, like a kid learning a song in a foreign language. Years later, Must be a real hot listing! and Thank you, Phil Donahue. I SAW IT ON OPRAH! make way more sense, and it’s not even necessarily better that way. And the fashion endures as well. Phyllis Nefler’s costumes are so over-the-top that they inspired Lindy West to author the definitive work on the subject, ranking all of her outfits, including the “pith helmet and survival ascot” and “sensible sequined shoulder-pads night robe.”

When watching Troop Beverly Hills as an adult, you don’t just see the movie, you look back on yourself. I remember being both appreciative and deeply jealous of the cast of Wilderness Girls: The group as a whole is an insect-preserved-in-amber artifact of child-star time. Claire, whose role in the film was of an actual child star (and daughter of a Danielle Steel type) who wanted to “do something normal for a change,” was an imaginary rival of mine, with her perfect blonde hair and role on Punky Brewster. Tiffany Honigman got to be the girl in Small Wonder, end of story. The movie “introduced” Jenny Lewis, for crying out loud.2 Tori Spelling even played the double-braided sidekick to the chief Redfeathers shortly before joining Beverly Hills, 90210.

And TBH boasts the signature beats of all the best sports movies. There’s the part when the team is plucked from varying circumstances and brought together, mostly against their will. (The best example of this is obviously the Rollerblading scene in D2: The Mighty Ducks.)3 There’s the personal struggles of the team’s leading figure: Just as Tom Hanks battles his used-to-be-ness and his alcoholism in A League of Their Own, Phyllis Nefler is battling demons. Her divorce proceedings include a fall from a tree, binoculars in hand, and a Wilderness Girls design-a-patch outing in which she takes her troop to one of her court dates. (Of course, one member’s dad is the opposing lawyer.)

There’s a training montage, which in this case is capped off by the memorable maraca-shaking “Cookie Time” song and dance. There’s the steely, top-ranked opponent, the Drago: Here, it’s the Culver City Redfeathers, a militaristic scout collective led by Betty Thomas’s “mother, widow, and ex-Army nurse” Velda Plendor. There’s the midseason failure, which comes when Troop Beverly Hills’s snazzy wardrobe backpacks are laughed off the stage at a convention. And there is, not to spoil anything, the unlikely final comeback against all odds.

Almost five years ago (!) I went to a Troop Beverly Hills event at a concert hall in Brooklyn. It was like one of those Rocky Horror Picture Show or Room cult screenings: Fans were in costume; people were encouraged to holler movie lines en masse; Ivanka Trump was there.4 I learned that Phyllis Nefler was almost played by Bette Midler and I thought about Philip Roth writing that alternate history. It was a fun and festive night, but in some ways a letdown, one of those kinda weird moments when you realize your seemingly random favorite thing doesn’t belong to you alone.

But that’s also the fun of it. Watching Troop Beverly Hills was always a communal experience, a dish best served with popcorn at a sleepover party at Maeve Pinto’s house circa 1991. Like all good sports movies (like all good movies) it’s one meant for repeated, lazy viewings in which you notice a new line or a new celebrity guest — who even is Pia Zadora? — every time, where you root for the underdogs even if you know they’ll come out on top. It is, in other words, perfect for Netflix, even if you never untangled yourself from a human knot, added wine to Hobo stew, or sang “Kumbaya” in the rain.

The World Is a Vampire: The Pleasures of ‘A Girl Walks Home Alone at Night’