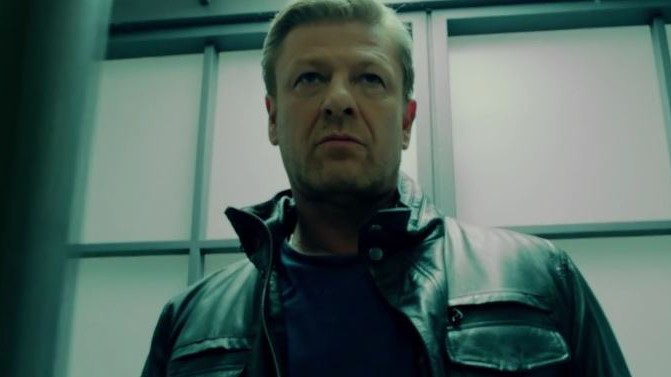 Legends, the darkly comic thriller by Robert Littell, is a book about the long, destructive hangover caused by espionage. Its protagonist, Martin Odum, is a former spook who isn’t quite sure who or what he is anymore. The book opens after the thaw of the Cold War. Martin’s living above a pool hall and working as a private investigator. When a client draws him back into the clandestine world he’d left behind, it opens up a hornet’s nest inside his own brain. Do actions have consequences if they’re performed in someone else’s name? What if they’re performed as someone else? Spies play pretend in order to trick others. But what if the joke’s really on them?

This ought to be ripe material for a television series. After all, many of the best shows of the past decade have been primarily concerned with identity, from the secret origin of Don Draper to the Bruce Banner/Hulk psycho-split between Walter White and Heisenberg. I’ve long wondered why spies haven’t replaced cops as the go-to protagonists for TV’s more ambitious hours. The best art forces us to question who we are. It’s something the best spies are forced to reckon with every day. Plus, their world of covert lifts and dead drops offers an endless supply of drama, both internal and otherwise — drama that has taken on added urgency and relevance in the age of casual catfishing and unchecked data collection. Homeland played around in these fluid waters for two solid years before drowning in an ill-advised love story. The Americans is arguably the strongest show on television right now precisely because of the way it’s made its spy games into a love story.

I wish I could say that TNT’s adaptation of Legends, which debuted last night, fits into this twisty tradition. But judging by the pilot, the series is far more concerned with being a TV show than being an interesting one. Legends has about as much in common with Littell’s book as a mink coat does with an actual mink: The surface is still there, but the meat — not to mention the heartbeat — is long gone. Martin Odum remains as the lead, though he’s now with the FBI instead of the CIA (none of that messy foreign stuff here!), living in Los Angeles, and much closer to retirement than madness. As played by the charming Sean Bean (happily reunited with his head since his last appearance on TV), Odum is a master of “legends,” the impossibly high-minded company term for a cover story. We observe this expertise firsthand in the pilot’s gear-grinding teaser: There’s Bean, his accent flattened into American-rural, his teeth gleaming Hollywood-white, packing heat as an antigovernment separatist. In case we didn’t get the picture, it’s drawn for us in crayon once Odum is safely back in the office. “The guy’s a rock star!” enthuses one subordinate. “Sure, he’s good,” reasons another. “But he should have been put out to pasture a long time ago.” 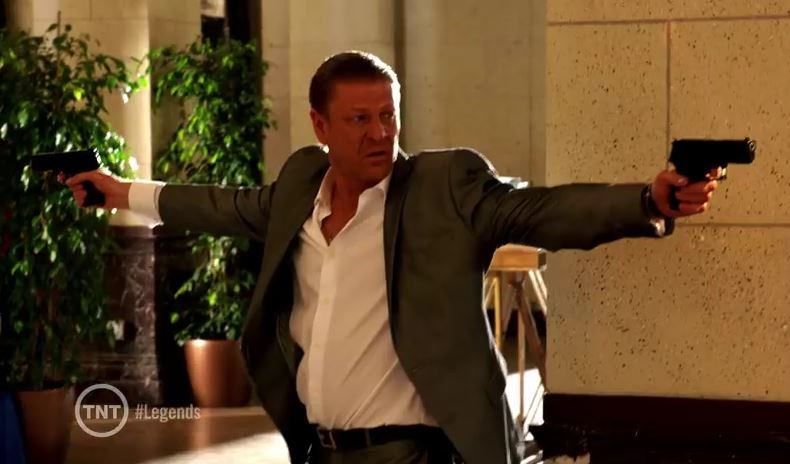 Martin’s identity crisis, by far the most interesting part of the story, is presented as just another quirk. Three shrinks have proclaimed him unfit for duty — though none of them seemed curious as to how an Englishman managed to rise so high in the FBI — but the fourth declared him “the most naturally gifted deep-cover operative” alive. Transforming something essential into a side effect is like rewriting Jason Bourne’s amnesia into a hangnail. What’s the point? And so the trappings of a boilerplate procedural come crashing down around Legends’ one interesting idea. Sure, there are still some conspiracy questions lurking on the edges — a factory-issued Crazy Truth Teller cautions that there “is no” Martin Odum; an investigation into restricted files results in an unexpected death — but Legends appears far more interested in presenting its title unironically. Martin is very much a hero, his obsession key to his unparalleled success. The rest of the cast is there to assist him in the case of the week or get out of the way. Or, perhaps, to get undressed: As the woman in charge of Martin’s field ops, Ali Larter proves her worth to him by stripping to her skivvies and giving him a top-secret lap dance. (Of the supporting players, only Tina Majorino, as a newly recruited government hacker, comes off well. Her searching eyes brim with more intelligence than any of the undercover work on display.)

Legends was shepherded by Howard Gordon, the highly in-demand Homeland producer who is not having the best summer. His 24 reunion underwhelmed, and Tyrant, his passion project for FX, is flailing badly in its first season. It’s hard to escape the sense that a smarter, more interesting version of Legends may have existed in the development process, only to have those qualities stripped away, piece by piece, like bits of Martin Odum’s psyche. It doesn’t take much extra work to render something so ordinary: a cloying kid in the background here, a clumsy hash of exposition there. A show that could have been about chasing the demons in our own heads is, instead, about chasing goons with M16s. There’s no crime in aiming for the middle; it’s TNT’s brand, and it’s been a remarkably successful one. But with source material this compelling, Legends feels like a missed opportunity. As one of Martin Odum’s undercover ancestors knew well, it’s always better to be shaken than stirred.