‘Scarface’ to Get a Bilingual L.A. Reboot Courtesy of ‘No’ Director Pablo Larraín 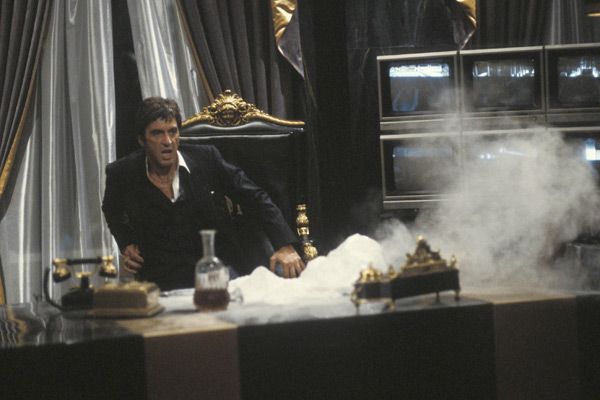 Tony Montana is coming to Los Angeles (ahem, again). Yesterday, The Wrap reported that Academy Award–nominated No director Pablo Larraín has entered negotiations as director on the forthcoming Scarface remake. The script is currently in the hands of Paul Attanasio (Quiz Show, Donnie Brasco) and follows Tony, a Mexican immigrant, as he climbs the power ladder using the rungs of the Los Angeles “criminal underworld.”

1932’s Scarface, based on the novel by Armitage Trail (otherwise known as Maurice Coons, the crime writer died in the Paramount Theatre at 28, when he “weighed 315 pounds, had a flowing brown moustache, and wore Barrymore-brim Borsalina hats”), told the story of Tony Camonte (Paul Muni), an Italian immigrant living in Prohibition-era Chicago who was inspired by Al Capone. Fifty years later, Al Pacino saw the movie at a screening on Sunset Boulevard and suggested a remake to producer Martin Bregman (also listed as co-producer on the new film), telling him, “I gotta be that Tony Montana guy. That’s my license to live.”

1983’s Tony emerged as, again, a man of his times. The insane limitlessness of his penchant for excess was director Brian De Palma’s idea, one that according to Pacino was, among other things, a metaphor for cocaine addiction (“which was the ’80s”). Duh. That’s one of the reasons this remake is exciting: Modern-day Los Angeles decadence is diverse and sprawling, and it’s hard to nail to a specific aesthetic or filthy rich community. The options stretch from the gated communities of the valley to Sunset Plaza to chilly Malibu enclaves, and our crime networks are similarly varied. California is the most popular entrance point for foreign meth, but we’ll do whatever you’ve got. And though Chicago recently robbed us of our nickname “Gang Capital of America,” we’ve still got a substantial underbelly to rub.

Unlike 1983’s Scarface, which featured only one Cuban actor (Steven Bauer), Larraín’s Tony will be played by “an authentic Latino who is bilingual and bicultural,” according to The Wrap, which adds that unknown actors will be considered. As Karina Longworth has pointed out, Pacino’s shaky Cuban accent had the effect of the actor “consciously trying to create not a credible real-life guy, but a two-dimensional cipher that the audience could have some kind of distance from. […] Pacino himself has stopped just short of calling him a cartoon.” Given that the new film centers more on Tony’s backstory and psychology, it seems important to skew away from that kind of caricature.

Scarface on repeat, y’all. Even when Larry David comes over.

It also means there will be no easy way to compare the two (or three) Tonys, which is as it should be: Scarface is an anthology, the story of a time-traveling immortal boss who ascends and falls according to the rules of his era and location (even Scarface can’t smoke in a restaurant now, especially in California; he’ll have to vape from a crystal-encrusted G Pen, totally changing his whole vibe). There is a Tony for every season, but California has been dropping subtle hints in his direction for a long time: the weather, women, and the weed. It’s a nice place for him to visit, and to self-destruct.

"His children made him immensely proud. Their dedication to improving our species and making the world a better place gave him hope for the future. They deal with grief differently, and they should each manage it as they see fit. He hopes, however, that they will grieve his passing only as long as necessary. They have much good work to do, and they should get busy doing it. Time is flying by." The late James Rebhorn wrote his own obituary. It's amazing and devastating.