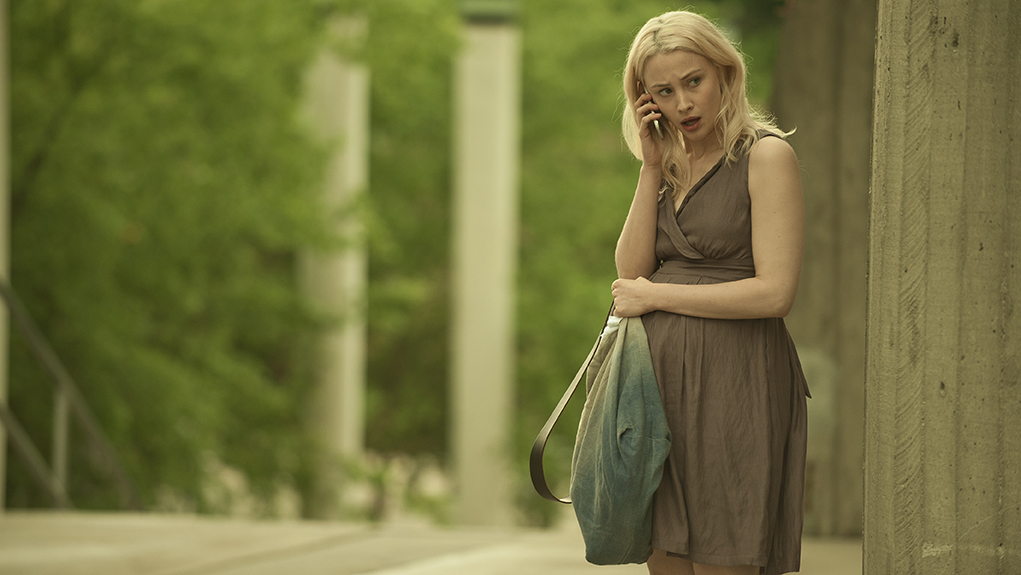 There are many paths to being a famous actor. Presumably, “be in David Cronenberg films” is one of them, but, if you were to poll the thespians of the world, I think most of them would rank that strategy low, in terms of approaches their agents are urging them to take. Being in Cronenberg films comes at a certain cost: Your body might be mutilated, or you might end up doing something unspeakable to someone else’s body. It isn’t everyone’s idea of a Saturday night, but Sarah Gadon has been making it work.

A Canadian actress who looks like a cross between Natalie Dormer and an Exeter class president, Gadon just appeared in her third Cronenberg movie, Maps to the Stars. (It’s her fourth if you count starring in Antiviral, the debut of David’s son Brandon.) She has parlayed these parts — which include a role as Emma Jung in A Dangerous Method, and as Robert Pattinson’s stoic love interest in Cosmopolis — into something nearing a movie-star career; she was in The Amazing Spider-Man 2 and Dracula Untold, which I couldn’t tell you the first thing about, but did gross $200 million worldwide.

This in and of itself is not notable: There have been and will continue to be ambiguous, franchise-aspiring international quasi-successes based on stories that have been recycled since before the telegraph. But unlike some of the actors swapped in and out of these movies, Gadon isn’t interchangeable. More than that: You see her, and then she stays awhile.

In Maps to the Stars, Gadon plays Clarice Taggart, the dead mother of Julianne Moore’s Havana Segrand. As a narrative, Maps to the Stars is incoherent, but as a film, it’s surprisingly effective, and that effectiveness comes from Cronenberg’s obsession with a very specific idea: The rich and famous can have everything, but what can’t they have? In the case of Gadon’s character, who exists entirely as an apparition that appears to Segrand, she can’t have life; instead, she gets by with sing-songy monologues that she unloads on her unraveling daughter.

Watching Gadon play the mother of a woman double her age is surreal, and it’s made even more surreal by the [pulls at collar] compromising positions they end up in. You can see what Cronenberg loves about Gadon from the first frame she’s in: She’s beautiful, but she doesn’t look like other beautiful people. And Gadon, who by all appearances is totally normal and charming, seems to realize this about herself — in Maps to the Stars, she almost plays to the score, which shifts into an otherworldly drone every time she’s onscreen. She raises her eyebrows and moves like a bird. She’s terrifying, but in an elegant way. She is the kind of nightmare the wealthy have.

Gadon’s greatest performance of 2014 isn’t in Maps to the Stars, though it is, almost, a Cronenberg movie. I say that because Enemy feels like kin — its director, Prisoners helmer Denis Villeneuve, shares with the master a taste for the eccentric and unspeakable. Based on the novel The Double, by the great Portuguese writer José Saramago, Enemy is about Adam and Anthony, two men, both played by Jake Gyllenhaal, who look exactly alike.

In this particular case, the Villeneuve outdoes the Cronenberg. Where Maps to the Stars is fascinating and funny but totally insane, Enemy is a great, incisive piece of art — one of the best movies of the year. This is in no small part thanks to Gadon, who plays the wife of Anthony, the more sociable and successful of the two Gyllenhaals. In a Cronenbergian touch, Villeneuve saddles the tiny Gadon with the most pregnant of bellies, and she totters around Enemy as a reminder of how much it can suck to be human. While Adam and Anthony are involved in a metaphysical game of checkers, Gadon becomes the movie’s emotional anchor and an avatar for the baffled audience. She’s just as confused as we are, and she shows it — from the way she looks when she sees Adam, a man identical to her husband, for the first time, to the way she seems worn down by the burden of both Anthony and her child, Gadon tangles with the breadth of “female intimacy,” as she herself put it.

In both Enemy and Maps to the Stars, Gadon stands out, and she does so alongside two of the best actors currently working. Apart from Gadon’s value as an actress, she also speaks to a fascinating opportunity for young actors in this version of Hollywood. You can be famous, successful, well paid, and mainstream. But isn’t it so much more fun when you get to hang out with David Cronenberg, too?

‘Do You Like Prince Movies?’ Podcast: ‘The Babadook,’ and This Month’s Book Club Selection