Rolling Stone Checks In With Charles Manson, and Surprise! It’s Not Pleasant 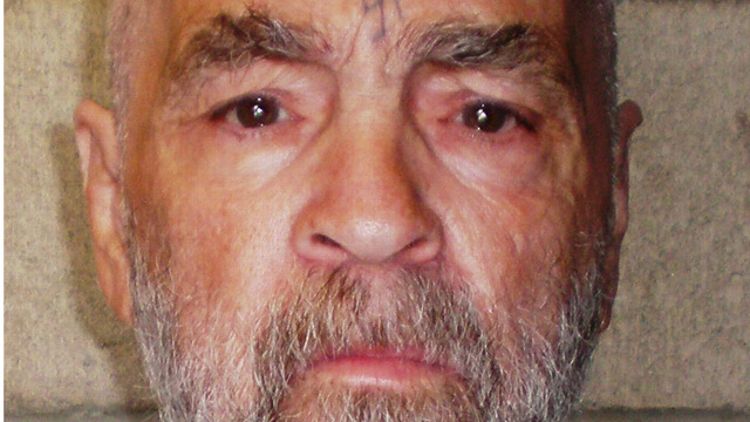 Forty-four years after the Tate-LaBianca murders, Rolling Stone‘s Erik Hedegaard has waded into California’s Corcoran State Prison to spend some time with Charles Manson. The resulting piece is gripping, bizarre, and, yes, totally unsettling. Manson is 79, slowed and wizened — “bad hearing, bad lungs, and chipped-and-fractured, prison-dispensed bad dentures,” writes Hedegaard — but he hasn’t lost the ability to unnerve and repulse. The splashy news from the piece is that Manson has a 25-year-old acolyte named Star, who visits him constantly, tends to his needs, fights for his release, and appears to want to marry him. But the through line is Manson’s denial of the infamous “Helter Skelter” theory, the one propagated by prosecuting attorney Vincent Bugliosi in his ensuing bestselling book of the same name: that the murders were an attempt to jump-start a race war “after which the blacks, who had won the war, would beg him to come be their leader, because they could not lead themselves.” According to Manson, “that doesn’t even make insane sense!” Of course, Manson never quite explains what does. With the caveat that you should definitely read the whole article, here are a few of the stranger moments on hand.

Your Friends and Neighbors

Manson is held in a “protective-housing” unit at Corcoran with roughly 15 other high-profile prisoners. They include: “Juan Corona, who murdered 25 people in 1971; Dana Ewell, who ordered the murder of his own family in 1992; Phillip Garrido, the rapist who kidnapped 11-year-old Jaycee Lee Dugard and held her for 18 years; and Mikhail Markhasev, who was convicted of killing Bill Cosby’s son, Ennis. So far, they seem to all get along just fine.”

Manson was not present on location of the murders his followers committed, and that allows him a certain level of deniability he repeatedly twists whichever way he sees fit. Writes Hedegaard, “He reserves a goodly amount of venom for [the prosecuting attorney] Bugliosi. ‘He knows I’m too stupid to get involved in something of the magnitude of Helter Skelter. So how could he convince himself of that for all these years? He made the money, he won the case. He’s a winner! He got over! He’s a genius! He took 45 years of a man’s life for his greedy little grubby self. And he’s going to go to his deathbed with that forever on his conscience? Is there no honor in him at all?'” Then he’ll brutally dismiss the murder of Sharon Tate: “It’s a Hollywood movie star. How many people did she murder onscreen? Was she so pretty? She compromised her body for everything she did. And if she was such a beautiful thing, what was she doing in the bed of another man when that thing jumped off? What kind of shit is that?”

Star tells Hedegaard, “I’ll tell you straight up, Charlie and I are going to get married … When that will be, we don’t know. But I take it very seriously. Charlie is my husband. Charlie told me to tell you this. We haven’t told anybody about that.” Also: “My parents like Charlie. We were just talking and they said, ‘If Charlie gets out, you guys can come stay here. You could stay in the basement for a while, and you could maybe build your own little house down by the creek.” When Hedegaard asks Manson about it, “He snorts. ‘Oh, that,’ he says. “That’s a bunch of garbage. You know that, man. That’s trash. We’re just playing that for public consumption.'”

At one point, Hedegaard goes out on a forest stroll with Star and another Manson acolyte named Gray Wolf, both of whom have carved X’s into their foreheads in the manner of Manson’s own body modifications (it was an X before it was a swastika). There, “they stood near a cliff and kept beckoning me to come closer, come closer, the view is much better here, and all I could hear in the back of my mind was Charlie saying to me, ‘I’ll take you. Put you in the grave. What’re you going to do about that, jitterbug?'”

Manson is allowed to make as many phone calls as he wants (15 minutes max, all collect), and utilizes his rights often to ring up Hedegaard: “Here’s how he has begun some of his recent conversations: ‘Hello, hello. Are you ready? OK. There’s seven steps from the death chamber of holding to the death chamber of release.’ ‘I forget — was you mad at me or was I mad at you?’ ‘Would you come and swing upon a star? Carry moonbeams home in a jar?’ ‘Why don’t you go ahead and say what’s best for you, and then I’ll go along with it and meet you later over on the beach.’ ‘I’ve got something important I’d like to explain … ’ Once, when he was talking to me about the rightness of killing to get more air, he said, ‘Whoever gets killed, that’s the will of God. Without killing, we got no chance.’ He paused, then went on, ‘You might want to keep that out of your paper and say to yourself, How can that work for me?’ At the time, I didn’t think much of it. It took a while for what he was suggesting to sink in.”

Afternoon Links: Arcade Fire Has Another Treat for You