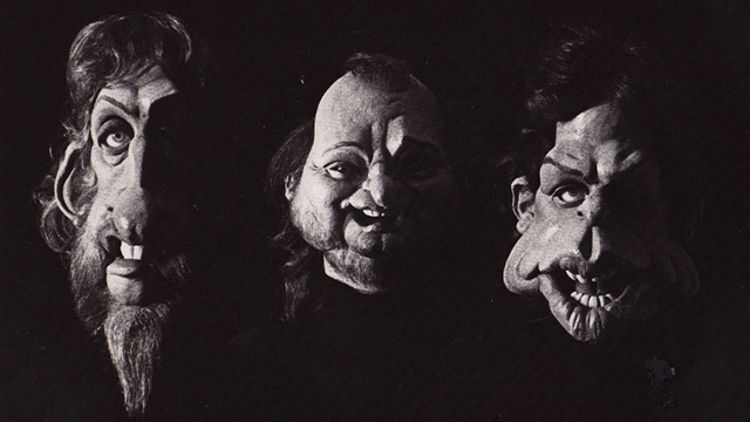 Welcome back to our series Rembert Explains the ’80s. Every so often, we’ll e-mail 25-year-old Rembert Browne a video from the 1980s that he hasn’t seen. Rembert will write down his thoughts as he’s watching it, then we’ll post those thoughts here. This week’s installment was selected by Grantland reader Scott Sparrow: “Land of Confusion,” by Genesis. If you have an idea for a future episode of Rembert Explains the ’80s, e-mail us at hollywood@grantland.com.

Apparently this video is “topical,” which means it’s either about politics or Sesame Street.

0:10 I love Genesis and I love Phil Collins. I just need everyone to know that.

This is my nightmare.

0:34 Just to be clear, I still love Genesis, I still love Phil Collins, and yes, I really enjoy “Land of Confusion,” but a five-minute puppet video is very much my nightmare.

0:44 I don’t know where this bog is that these puppet people have found themselves in, but it’s not sexy. Also, if that was Reagan, this is going to get weirdly political, which I’m not ready for. There’s no place in our culture for actual political puppets. THERE ARE ENOUGH HUMAN ONES OUT THERE ALREADY HOLY ZING, SERVED, BOOM.

0:46 And the nightmare gets even scarier:

Phil Collins meets Chucky. This is horrible. Why did they do this?

What are those glasses? Whatever cause Phil & Co. were fighting for in this song, the puppetry couldn’t have helped. I haven’t heard one lyric, because I’m so grossed out by these three dudes.

1:12 The camera is going through this Easter Island–esque sea of puppet heads. Some look famous. All are terrifying. Must. Push. Through.

Can you do that? Can you kill a puppet president? Is Genesis in jail for treason? I need answers.

Puppet Ayatollah is scary. Can’t even begin to imagine how terrifying the real guy was.

1:51 And just like that, Reagan is in a Superman costume. I have a feeling, however, that GENESIS DOESN’T THINK HE USES HIS POWERS FOR GOOD. Just a hunch.

2:29 Phil Collins is the ugliest puppet ever. Did he co-sign this? Is he cool with being the lowest-rated puppet in the Puppet Fantasy Attractiveness League?

Part of me thinks I’m failing World History by not being able to recognize anyone, but this might also be the fault of the puppet masters for making everyone look like bulldogs.

Why is Phil Collins beefing with Leonard Nimoy? I want all the gossip.

3:01 I should probably note that I still haven’t internalized a single lyric of this song. For all I know, this is “We Didn’t Start the Fire,” but instead of the Cola Wars, it’s Reagan and Thizz Face Leonard Nimoy.

3:05 There’s a triceratops that has been a major player in this video. Couldn’t even begin to speculate why.

3:37 Just as an update: The Reagans are partying in the rain forest with Godzilla, who happens to be wearing a bow tie. Oh, NOW I GET THIS VIDEO.

Whatever Reagan did to Phil Collins, I really wish he hadn’t done it. POINT MADE, PHIL.

This is either Prince or Morris Day, putting hot dog condiments on his own tongue while Phil makes phone calls. I’m about over this video. #TeamReagan.

4:03 Just heard my first lyric: “It’s too many people making too many problems.” While I appreciate the topical nature of this video with regard to last night’s debates and the role of government, that doesn’t make up for this insane video. Phil Collins is the world’s biggest Debbie Downer.

4:16 For two seconds, I take back everything bad I said about this video.

So Phil Collins beefs with Quincy and Lionel too? This is amazing. He’s like the 50 Cent of the ’80s. “Curtis Collins,” if you will. Also, is that Clint? His ’80s puppet face looks like his 2012 self. How’d they know?

4:29 Someone’s got to explain this triceratops to me.

I understand donkeys and elephants, but am stumped on where heavily armored dinosaurs fit in.

Did Genesis have any friends after this video? I feel like they got crossed off a lot of Christmas party lists soon after the release of this video.

4:45 And just like that, the Pope is playing the guitar. They really couldn’t leave anyone out, could they?

4:55 How is this video going to end? Is Phil Collins going to duel with Reagan? Is the Pope going to smash his guitar on Bill Cosby? Is this a documentary?

5:04 I feel cheated. The past five minutes were all Reagan’s dream. Now I know how you Dallas fans felt after Season 9. The betrayal stings.

5:13 WHO HAS THIS BUTTON IN THEIR HOUSE?

Wait, has this entire beef toward Reagan been about his eyesight? I thought they were trying to portray him as a bad guy, but I’m left assuming they don’t think he’s fit to be president because he simply can’t see well. This seems like an extravagant production just to make a point against one’s eyesight. Quite confused. I hate puppets.

The New Lincoln Trailer Is Clothed in an Immensely Powerful, Game-Changing Catchphrase