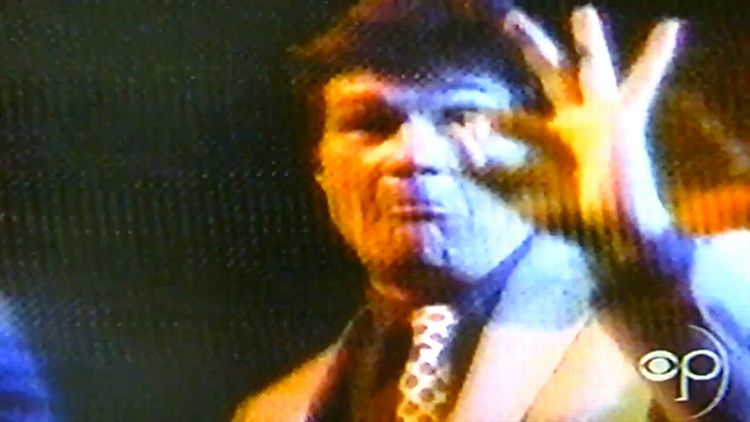 Welcome back to our series Rembert Explains the ’80s. Every so often, we’ll e-mail 25-year-old Rembert Browne a video from the 1980s that he hasn’t seen. Rembert will write down his thoughts as he’s watching it, then we’ll post those thoughts here. This week’s installment was selected by Grantland reader/hero Joshua Hallatt: a Real People segment with Fred Willard. If you have an idea for a future episode of Rembert Explains the ’80s, e-mail us at hollywood@grantland.com.

0:08 The guy on the far right started talking about musicals, and then hair (not the musical), and then this happened:

Unclear who she is, but that’s my BOY George Washington.

0:10 Is that George Washington? Also, this clip is about the “old days” when men wore their hair long. Ha, this is long? Have they seen 2Chainz?

0:12 They just moved on to the next bit, which is troubling because I’ll never know if that was George Washington or not. That’s so embarrassing.

Also, what kind of talk show has three hosts?

0:20 This entire segment is the history of men’s hair. This is incredible.

Is this the fourth host? I thought this was men’s hair, and if I’m not mistaken that’s Bo Derek (unless I am mistaken, and that’s David Beckham). Also, WHO IS THIS CHILD?

0:37 Fred Willard is a reporter, about to begin a segment on (I think) hair. Is this a satire? Is this an SNL skit? This can’t possibly be real. The combination of four hosts (one being a child), Fred Willard, and five minutes dedicated to hair just doesn’t equal prime-time programming.

Classic. Also, for those of you who don’t know who Fred Willard is (and thus are not finding this completely confusing), he’s a member of the Christopher Guest mockumentary crew, appearing in This Is Spinal Tap, Best in Show, Waiting for Guffman, and most recently seen as Ty Burrell’s dad on Modern Family.

You sly dog, you.

0:56 “Remember when long hair was in? Well, now bald is beautiful.”

What club is this? I really want to find out which Duane Reade got built over it.

1:03 A club full of bald and partially bald women. I can’t wait to spend four more minutes at this club with Freddy.

1:07 Willard is wearing a suit and tie at a rave. That’s amazing. He looks like everyone’s chaperone.

1:13 I was hoping there would be a “Ms. Bald” contest. Dreams come true when you party with Willard.

1:17 “I’m not exactly sure what this person’s qualifications were.”

1:24 The guy to the right’s name is Bob Fitzgerald.

Only the tough questions from Fred.

Also, not to get away from this sure-to-be thrilling interview, but I can’t help but remain confused as to what on earth this show is. Who watches Real People? What is their target audience? And don’t you say “real people,” or I swear I’ll lose it.

Someone just tell me that Real People was the first Daily Show. Fred Willard is the original Samantha Bee, right? Right?

2:17 Fitzgerald: “Women who shave their heads are more likely to be adventurous.”

2:24 “So, being an adventurous and somewhat exciting guy myself … ” Willard says as he walks around the dance floor looking like a substitute teacher.

You can’t just go up to a semi-shaved-head bald woman and rub her back tattoos, Fred. There are rules in this game called love.

Owner of that censored booty?

I don’t know what’s going on.

2:48 I think I just heard a laugh track, but I may have made that up. What CBS affiliate is showing this? Did they run out of Maude reruns?

This is more like it. Mocking people outright. This is more my speed, Fred. Thanks for getting there.

3:14 Doing his full journalistic duty, he discovers that there is a magazine dedicated to bald women, titled The Razor’s Edge. They show this clip at all journalism schools now, right? Or is it just at the Fred Willard School of Journalism?

3:51 Oh, you know, just flipping through this magazine with Fred and Bob:

This looks like one of those posters at the barbershop that shows you the 18 different types of ways you can get a fade. Those are my favorite posters ever.

4:03 The conversation between Willard and Fitzgerald couldn’t be more uncomfortable. Fred’s loving this and Bob has no idea he’s being mocked. I’m suddenly extremely interested in Real People as the original “Let’s step inside people’s cultures and make fun of them, especially since they can’t figure out we’re making fun of them” show. I love this.

4:39 The finale of this party is women going onstage and getting their hair cut. BY THIS GUY:

4:48 Fred’s starting to get into all of this sexual energy racing through the venue. OMG WILLARD DON’T YOU DARE TAKE OFF THAT TIE.

4:50 Phew. He just loosened it. That was close. In other news, I’m pretty sure he’s had 11 whiskey sodas at this point:

5:02 Fred Willard is dancing and it’s the most majestic thing ever.

A photo can’t really do it justice, but just know that in motion it looks a lot like this:

5:16 Fred Willard is attracted to every woman. And likes to dance. And probably really likes to drink. Those are the takeaways from this.