December Razzie Odds: Can Iron Lady, We Bought a Zoo, or New Year’s Eve Go All the Way? 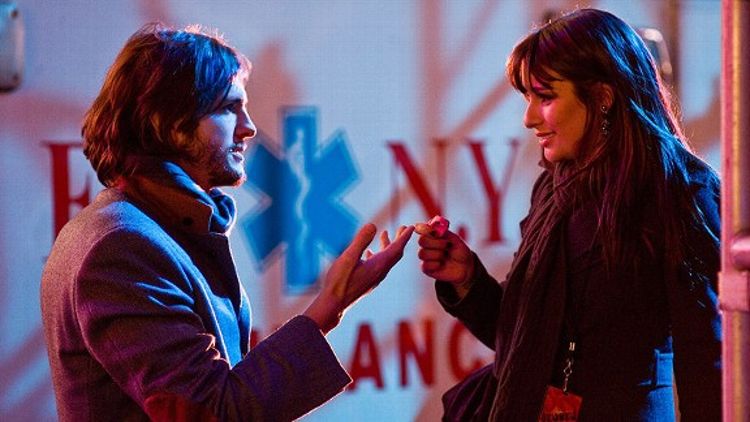 Welcome to December, RazzieWatchers! We’re in the home stretch. We have to say, this is the most exciting Razzie season in years — every time we think a movie’s a shoo-in, something else comes along that’s even worse! Last week saw the bloody, violent birth of Razzie heavyweight Breaking Dawn, Part 1 — seemingly a lock with a 26% Tomatometer, but possibly hampered by a sort-of rave by mysterious New York Times soothsayer Manohla Dargis.

And now comes the final month of the year — a month some associate with great movies, but which true Razzie fans know can be a gold mine of both counterprogrammed bad movies and (even better) “great” movies, which strive for Oscars but are in fact big overwrought pieces of crap. Seldom do the Nines and Cold Mountains of the world get Razzie love, but hope springs eternal in the face of The Iron Lady!

So which December movies have the best Razzie odds? Let’s take a look at eight contenders!

The Iron Lady (December 30). Meryl Streep will be nominated for an Oscar for playing Margaret Thatcher, that’s for certain. But early reports are that the film itself is deadly dull. Director Phyllida Lloyd’s Mamma Mia! garnered one Razzie nod; could this picture follow in its footsteps?
Odds of a nomination: 20:1
Most likely category: Worst Screenplay

Mission: Impossible – Ghost Protocol (December 21). This will probably be an action-packed thrill ride, etc., but the last M:I movie was pretty terrible (though Razzie-free). Count on director Brad Bird to keep things from getting too out of hand.
Odds of a nomination: 15:1
Most likely category: Worst Actor (Tom Cruise)

Sherlock Holmes: A Game of Shadows (December 16). 2002 Worst Director winner Guy Ritchie directs the second in his Holmes updates; while the film’s likely to be mediocre, the presence of a wisecracking Robert Downey Jr. might kill Ritchie’s chances this time around. (The first Holmes movie garnered no nominations.)
Odds of a nomination: 12:1
Most likely category: Worst Director

Extremely Loud and Incredibly Close (December 25). Director Stephen Daldry is 3-for-3 in Academy Award nominations, and many think this Jonathan Safran Foer adaptation will make him 4-for-4. But we contend there’s no prestige film this winter more likely to go off the rails than this one, a whimsical 9/11 drama about an fatherless boy that’s being released on Christmas, no less. Expect either Oscar glory or Razzie glory for this one — there’s no middle ground.
Odds of a nomination: 9:1
Most likely category: Worst Picture

The Sitter (December 9). Once upon a time this comedy starring Jonah Hill seemed like a lighthearted update of Adventures in Babysitting. Thanks to its foul-mouthed, aggressively stupid trailer, though, it now seems awful. Could onetime arthouse wunderkind David Gordon Green go from the Criterion Collection to a Razzie nomination in just 11 years?
Odds of a nomination: 8:1
Most likely category: Worst Actor

We Bought a Zoo (December 23). Sure, Cameron Crowe is responsible for the beloved Say Anything, Almost Famous, and Jerry Maguire. But the saccharine trailer for We Bought a Zoo makes it look more like Crowe’s legendary failure Elizabethtown, complete with its own Manic Pixie Dream Girl. Could this be to movies about zoos what the Zanesville animal preserve was to actual zoos?
Odds of a nomination: 7:2
Most likely category: Worst Supporting Actress (Scarlett Johansson)

Alvin and the Chipmunks: Chipwrecked (December 16). “ALLLVINNN!!!??!??” That was our response when we learned that neither Alvin and the Chipmunks nor its “squeakquel” were nominated for a Razzie. We think there’s a good chance that’ll change, thanks in part to a high-profile (and awful) trailer before the widely seen The Muppets. Hearing your children laugh at sexy girl chipmunks singing “Bad Romance” is blood-curdling.
Odds of a nomination: 3:1
Most likely category: Worst Picture

New Year’s Eve (December 9). Once upon a time, Garry Marshall directed a lame romantic comedy called Valentine’s Day starring everyone, including your great aunt Helen. It made a lot of money. He’s basically remaking it. Valentine’s garnered four Razzie noms thanks to its multitude of crappy actors; look for New Year’s Eve to do at least that well.
Odds of a nomination: 3:4
Most likely category: Worst Prequel, Remake, Rip-off or Sequel

It’s a real bummer of a Razzie week, with few major releases. Go see Twilight again, this time to really savor it!

Moviegoers attending The Descendants have been treated to the trailer for the Mark Wahlberg/Kate Beckinsale vehicle Contraband, a useful reminder of all the bullshit that people go to movies like The Descendants to avoid. Brutality, quips, explosions, women in peril, once-you’re-out-they-pull-you-back-in malarkey — consider January 13 the beginning of the 2012 Razzie season!

Dan Kois is a veteran Razzie guru who’s already taken his tux out of mothballs in preparation for February 25!