Q&A: Will Forte on Getting Serious in Alexander Payne’s Nebraska 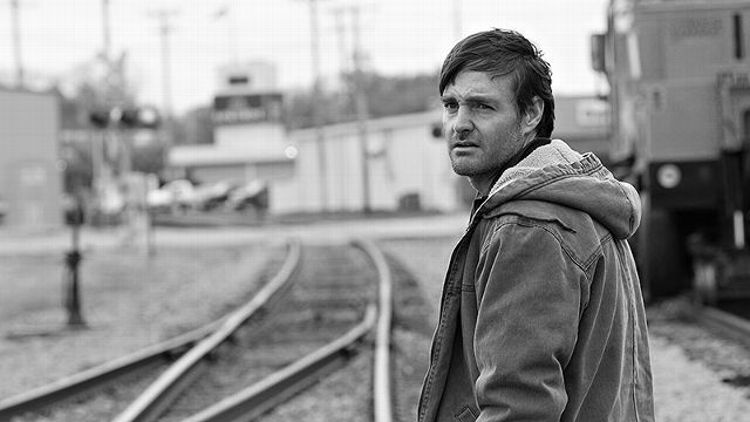 Alexander Payne’s Nebraska is Will Forte’s sardonic, hushed, black-and-white Back to the Future. In the film, the former Saturday Night Live player stars as David, an aimless townie who indulges his dad, Woody, by traveling from Montana to Nebraska to claim a $1 million sweepstakes prize. Along the way, they stop by Woody’s hometown only to find the past catching up with them. David becomes an observer as his father unearths old relationships, forgotten quarrels, and regrets he’d rather not confront. And, as if afraid of the butterfly effect, David rarely intervenes, steering Woody as best he can through each complicated encounter. It’s a time-travel movie without the actual time travel.

Nebraska is a far cry from Forte’s previous work. And he knows it — from the get-go the actor questioned his ability to tackle the role. Forte had the balls to dance around naked with celery in his butt for MacGruber, but sparring with Hollywood veteran Bruce Dern in a realistic character piece? A different beast. Here, we talk to Forte about the performances he loves and taking a bold dramatic step.

A big part of your early career was spent writing comedy, but did you aspire to perform?

Click here for all of our interviews with fascinating people from the worlds of sports and pop culture.
The performing part of it excited me at first. I love writing also, and that took off before the performing stuff, so I just got to a place where I was enjoying writing so much I thought, I guess I’m going to write and let go of these aspirations to perform. I was very happy. It came out of nowhere getting the chance at 32 to go to SNL. Not that that’s super old, but I had been doing the writing for so long that I just didn’t think that would happen. It was so exciting.

Was there a performance from when you were young that made you think, I could do this? Or at least one that made you want to try?

I don’t know. Certainly there were so many different people I had as heroes growing up. Steve Martin is always my number one. David Letterman’s show, that was important. And Saturday Night Live, obviously. It just seemed like it was so much fun.

Was there a specific Steve Martin role that blew you away?

I loved The Jerk. That was my favorite movie. And I had all of his comedy albums. I loved everything about him. I still do. I got a chance to see him accept an award the other night, and he is so funny. It was very touching. Just to be in the same room with him was a thrill.

What is it that Steve Martin does that makes his roles work? I’m not sure any actor could step into The Jerk and make that play onscreen.

I have no idea. He’s just such a likable presence at his core. He’s nutty, but he’s so incredibly smart … even his characters who are totally clueless are intelligently clueless. So I don’t know — so much of what I love, I can’t describe why it tickles me. If I knew, that would take the fun out of it.

When you spoke to Alexander Payne about the role in Nebraska, did the discussion turn to other films? Did he share his performances with you?

I have nowhere near the knowledge of movies and movie history that he does. It was interesting to hear Bruce and Alexander talking. They’re very much on the same wavelength. They have a shared knowledge of movies I’ve never heard of, character actors from way back a long time ago. We never really communicated on that level. But it was fun to hear them talk about stuff.

When I first got to Nebraska, before we started shooting, he had me come in a couple days before Bruce and June [Squibb] came in, so we got time to hang out and get comfortable. He showed me [Tokyo Story], this awesome black-and-white Japanese film from the ’50s. [Director of photography] Phedon Papamichael, we had some pasta and watched that movie. And so that was a fun experience.

The next week he had the whole cast and crew come over and we watched Bruce Dern’s movie Smile. It was so fun to watch. I guess it wasn’t seen by many people. There were some internal politics things. It didn’t have a wide release. Which is such a shame because he’s so good in it. It was fun to get to watch that with him.

Were you familiar with Bruce’s work?

I had already seen his big ones: Black Sunday, Coming Home. I had never seen Silent Running, so I watched that. Family Plot. And The Cowboys, the one where he shoots John Wayne. Spoiler alert. I knew him from a bunch of movies, but I wanted to familiarize myself with his work even more. He’s always been someone who fascinated me. Whenever you watch something he’s in, you can’t help but be drawn to him. I love the intensity he brings to most things.

Nebraska drifts back and forth between comedy and drama effortlessly. I would imagine achieving that tone is, at least partially, on the actors. Is there someone who encapsulates that skill for you? Either a performance or a performer?

All of Alexander’s movies have such interesting tones. I had already seen all of his movies except Citizen Ruth, so I watched them all again and Citizen Ruth for the first time. Between that and the script being so beautifully written, the tone made a lot of sense. The tone leaps off the page. It was a wonderful experience. I was certainly intimidated.

Was it less intimidating knowing that other comedians and actors had successfully made the leap from comedy to drama? Is there a performance that sticks out as someone translating their goofier style for a more natural, dramatic role?

There are all kinds of people who I watch and marvel at. Just so many. I’ll watch something and go, ‘Could I ever have done that?’ If I hadn’t gotten this role, I probably would have asked if I could have done it. It came out of nowhere. I’m so appreciative.

What does it take to actually “act” dramatically? Do you operate differently?

That was one of the reasons I was so intimidated. I had built up in my mind that they were two incredibly separate things. “How am I ever going to do this?” You get in there and it’s not as different as you think. Bruce was always giving me advice. He would say, “Find the truth of the scene and be in the moment.” After awhile, that stuff really registered. At first I thought it was stupid acting lingo. [Laughs.] But then I understood. That’s what it’s about. Finding the truth in the scene. And that’s what comedy is about. It’s a different reality, more absurd, but you’re still trying to find the reality of that scene and commit to it.

Is there a performance that you’ve seen that captures that kind of truth? I imagine the ones we love the most transcend “acting” in the way you’re describing.

The one that leaps out, and one I know Bruce has great affection for, is Geoffrey Rush in Shine. He says that’s one of the roles that he respects. That’s on my brain. It’s funny, the older I get, the more I can pick out when people are acting. That was one of the things that concerned me the most. I hoped people couldn’t see the work. I’m so used to doing these big wacky characters, it was a different thing to try a realistic performance. You don’t always know what your face is doing. [Laughs.] I’m used to overplaying emotions, so at first, with Alexander, I would underplay too much to make sure I wasn’t sketchy in any way. A lot of times, he’d be having me put more energy into things. People probably think it’s the other way around, toning it down. But it was about getting more energy.

Sunday-Night TV Precap: Carrie Mathison's Terrible at Her Job, Rick vs. the Guv, and 50 Years of the Doctor