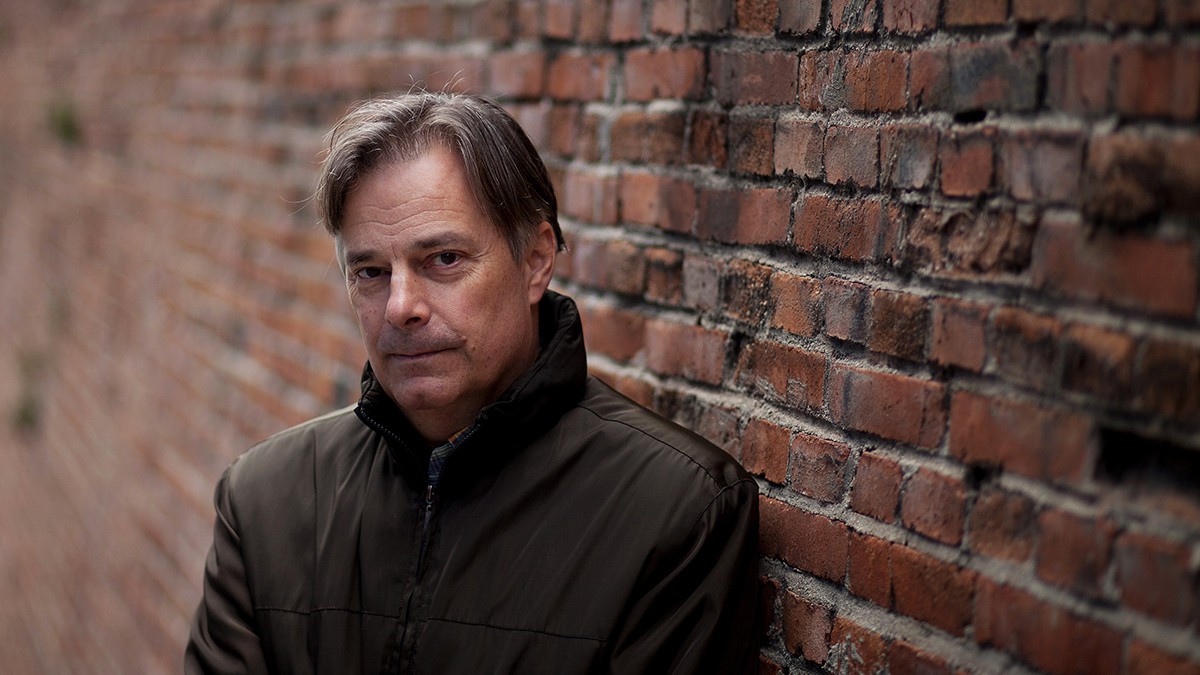 Whit Stillman acquired a cult following for his trilogy of bright young things in the ’90s: Metropolitan (1990), Barcelona (1994), and The Last Days of Disco (1998). In 2011, he followed it up with Damsels in Distress, a phantasmagoric musical set at a small college. The pilot of his new series, The Cosmopolitans, which follows the fates of a lovelorn group of expatriate Americans in Paris, premiered today on Amazon. Stillman, an expert on the WASP species, met me one afternoon at the Coffee Bean & Tea Leaf on Sunset Blvd. to talk about the show.

How much of the series is mapped out in your mind?

I have a version of the next episode written, because I am intimidated by the half-hour form. Half-hour implies it’s going to be really a ha-ha comedy. I didn’t want that, so I said, “Can I make the pilot at least an hour?” And they said yes, so I wrote the pilot for an hour. I turned it in, and I reread it, and I said, “I think the first half is OK, but the second half I need to do a lot of work.” And then they said, “We actually have a solution for that.”

Cut it in half.

So that’s how we got our half-hour that’s not like a ha-ha-ha, but that’s like an hour romantic story that ends a little early.

What was your first experience living abroad?

Click here for all of our interviews with fascinating people from the worlds of sports and pop culture.
I was at Harvard, very brokenhearted. I went there in a really troubled time. It was very political. I had an extremely radical brother who greatly affected me. A brief experience with a Radcliffe girl got very bad very quickly. I was so destroyed by it that I left and went to Mexico for a semester, where I have cousins. I learned how to speak Spanish, which was really important for my life. It was wonderful going to Mexico, learning another culture and a language.

That was the root of your interest in expat life?

No. It wasn’t. But it gave me the language. I found out I love being in foreign countries and I loved learning languages. I fell for a Spanish woman and followed her to Spain. We got married there, and then I got involved in the Spanish film industry and got the material for Barcelona. It was my way of breaking into the film industry. Then, as the marriage was breaking up, she really wanted to be in Paris, and so it led to a long time in Paris.

It seems like you have an interest not just in expatriate culture but the insider-outsider.

Yes, I like group social life a lot. I think I felt strangely deprived of it. I remember graduating from college and thinking, There are no social groupings, no social texture in America. I’d read War and Peace and Tolstoy and Fitzgerald, and they were always describing these societies where people were connected. And it seemed entirely atomized and unfriendly, and there seemed to be no places to go and be friendly with other people. Which was sort of true. 1973, ’74 seemed to me the absolute nadir of Western civilization. There were just no places in New York to go to that I knew of, and in the ’60s, when were were preppies just beginning to go out, when we were 16, we could go to these tiny little discotheques. So you could go at, like, nine o’clock and cut a rug on these tiny dance floors, and it was really fun. The last one I think I remember was in 1970, there was a place called Hippopotamus. After that, there were like drugs and juice bars. I remember there was this song, “The Hustle,” and I remember being in an inside bar, and [I] was like It’s coming back — and that was the dawn of how I understood disco. And I was very pro-disco. Because it was society coming back, people coming together, going out together.

You’ve talked about your interest in F. Scott Fitzgerald.

Yes. Although I think the plagiarism is more [J.D.] Salinger. I think there’s more sort of theft from Jane Austen and Salinger than from Fitzgerald. But Fitzgerald is an inspiration. Because Fitzgerald, it’s a seductive, wonderfully romantic version of things which I find very appealing, but it’s not comical, and it’s not healthy. It’s really unhealthy. … The romanticization in Fitzgerald is really unhealthy without any comical antidote.

In The Cosmopolitans, you use several actors from previous movies.

That’s very important to me. 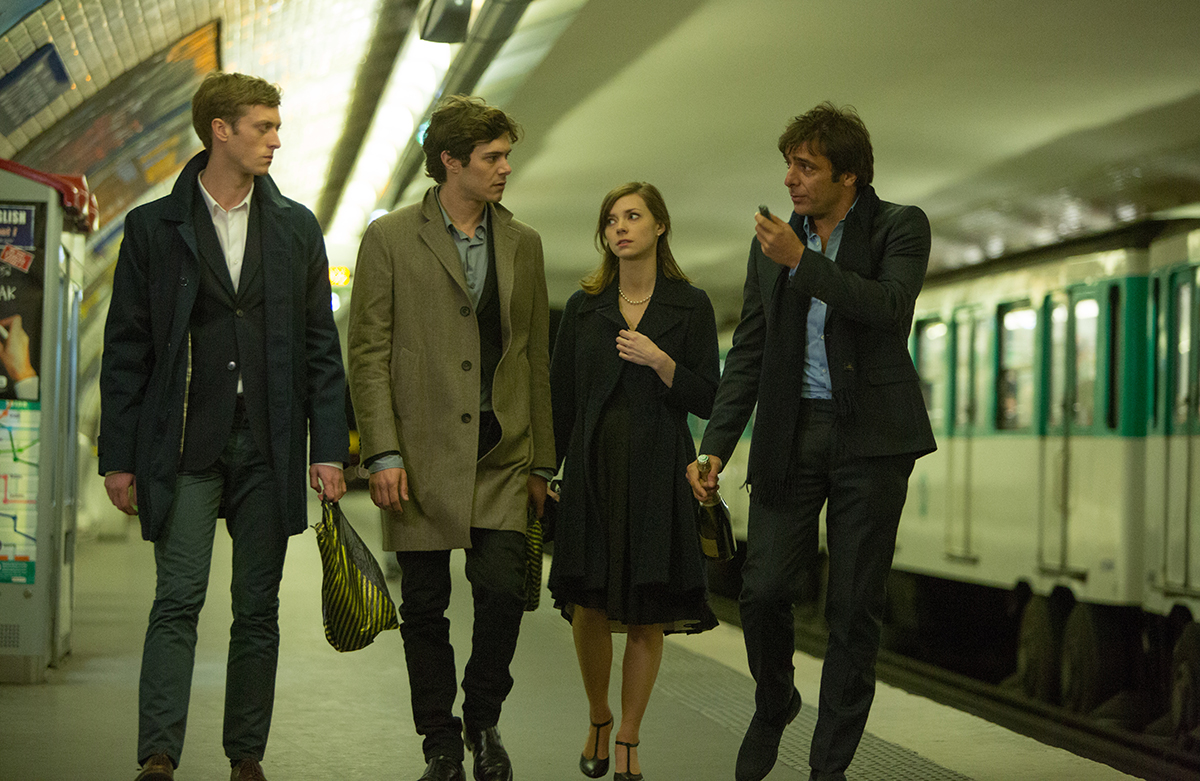 Did you write the parts with those actors in mind?

No, I didn’t. I mean, at a certain point, Vicky Gold Coat Girl started becoming a vehicle for Chloë [Sevigny]. Adam [Brody], I knew he could be Hal or he could be Jimmy. If we find a Hal he’ll be Jimmy and if we find a Jimmy he’ll be Hal. Everything changes with casting. It’s so, so important, the alchemy of a script in the hands of an actor. The Fritz part was supposed to be someone who was like 38 or 39, in an unimpressive apartment but with aristocratic pretensions. And then instead we get, like, a 24-year-old actor in like a palace, because it’s like impossible to find a humble apartment in Paris to shoot in. The only places to shoot in that are practical are sort of wedding reception kind of rent-out locations. So it’s much too grand for what the intentions were, but it looks nice. Everyone will say, “Oh, Whit Stillman with his rich characters again.” But it’s really a curiosity of locations.

Are you sensitive to the —

I am. Because I think if I hadn’t started with Metropolitan, it wouldn’t be just this immediate idea of how the characters are. According to the script of Damsels, the two leads are scholarship girls. It’s just they have a big attitude. You get that kind of odd reaction to things.

What is it like to know The Cosmopolitans will be faced with a popular vote?

I’m optimistic about the show. I’m apprehensive about the commenting process, because a lot of people really have their nose out of joint about the films or the stories because of extraneous factors. They say, “I hate people like this,” blah blah blah — “I hate,” blah blah blah. What I found a little shocking was that I thought Damsels would be really easy for people to like. And it’s really deeply hated by a lot of people. That this really rather silly movie would be so hated — I mean, I don’t think it’s really silly, it’s pretending to be silly, in my view, for a higher good. But I’m a little bit shell-shocked that there was so much Damsels hatred, and that it was so immediate. I read these vicious things. So I think, The Cosmopolitans — why not like it? I do think it’s different from the other films because I think each of the other films had its own crazy opinionated agenda. They’re very aggressive, actually, in some ways, so it’s logical that some people would push back against that and not like that. I think this is the first thing that I’ve done that has no agenda that I can quite figure out. It’s not trying to reform people or change their minds.

What is it trying to do then?

Well, it’s trying to reflect life in an interesting and amusing way. I guess it’s saying that there is a romantic element in our lives, and there’s heartbreak, and there’s recovery from heartbreak. The essence of the romantic story is not really just the good part. It’s not the falling in love part; it’s also recovering from something bad. I just want people to enjoy it. And I hope that, in a tiny way, you’re dealing with people’s experiences, so if someone going through heartbreak sees it, they’ll think they might go to a good party and meet someone else.

Would that we could all go to good parties in French châteaus.