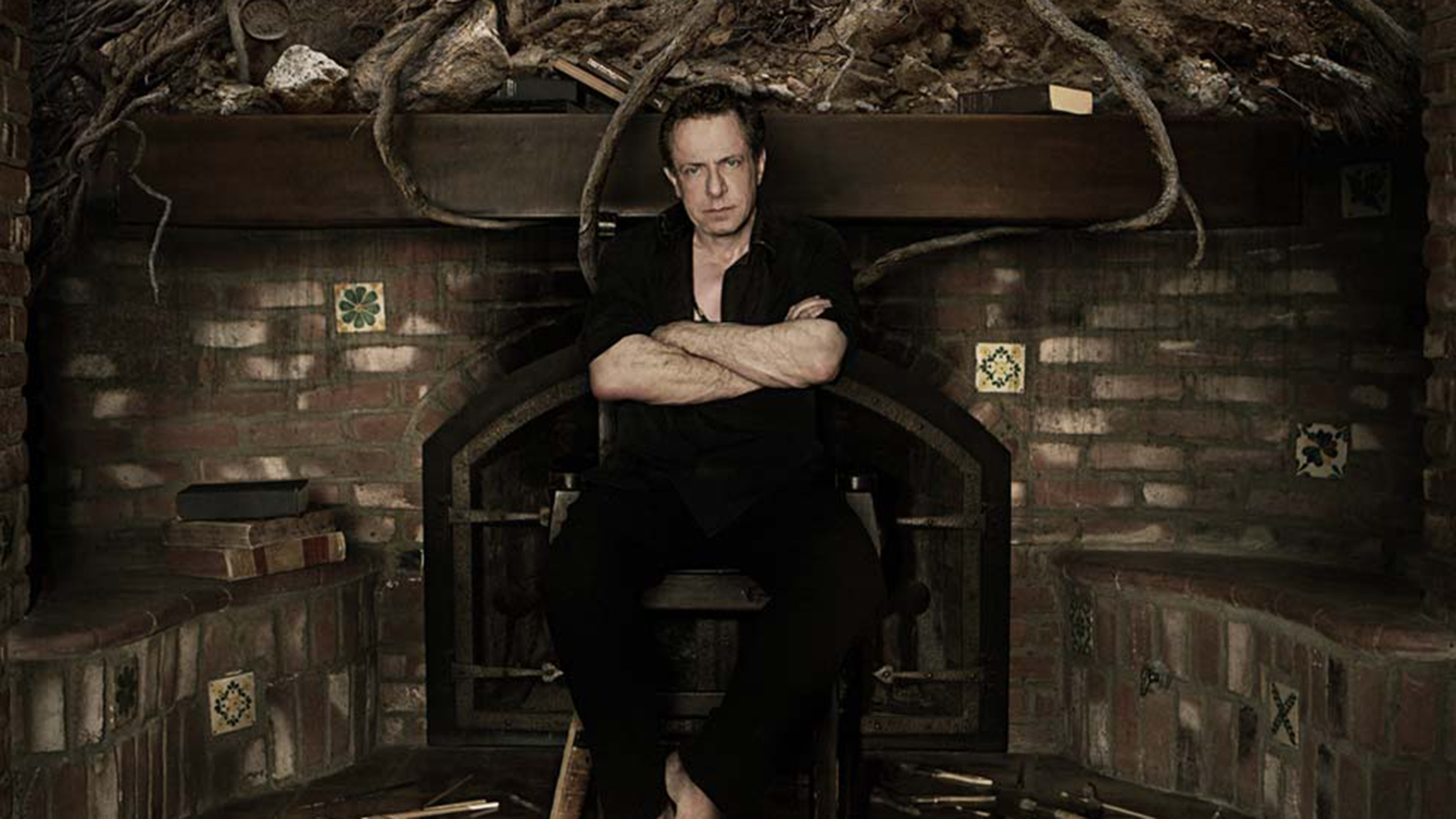 While Barker’s professional life has been dominated by his young-adult fantasy series Abarat, his personal life has been a series of calamities: the acrimonious end of his relationship with Emilian David Armstrong, the passing of his parents, the death of a young Iraq War veteran he’d taken under his wing, and a series of health crises culminating in a coma from Toxic Shock Syndrome after a visit to the dentist, from which he has yet to fully recover. Perhaps motivated by heightened awareness of his mortality, he revealed in a comment on his Facebook page two years ago that he’d supported his writing career by working as a hustler, long after his Books of Blood short-story collections kickstarted the “splatterpunk” movement and revolutionized horror with their transgressive approach to sex and violence. “I felt like an utter fake,” he wrote of his fear of exposure. “All the people who’d embraced me would kick me back into the darkness where I’d sold my cock and my hope for another, better life.”

Talking to Barker now, though, it seems that better life has come. His cheery Liverpudlian accent has been weathered by years of cigar smoking, followed by multiple surgeries for throat polyps, into a rasp like the hinge on a mausoleum door. But he speaks of the illnesses that left him housebound and the sex work that made him ashamed with candor and optimism, and of his ambitious and ultraviolent new book with a mix of bafflement and glee. In sickness or in health, he has such sights to show you.

I’m happy to report that there’s a moment in The Scarlet Gospels that was so disgusting I had to physically put the book down. You’ve still got it!

It’s really hard for me to get a sense of what is and isn’t disgusting. I’ve been working at this job of disgusting people for a long time, and it’s difficult for me to get a sense of taste, or distaste, where the material is concerned. A scene actually made you put down the book? Hey, I feel that’s a bit of a triumph! I’m genuinely surprised. I didn’t think of it as being particularly disgusting or excessive. But clearly I was wrong, because a number of people have complained  — not complained, observed — that very thing.

The fact that I didn’t think much was going on in that direction may speak a lot about my relationship to the world in general. The last few years have not exactly been kind to me. A number of people have passed away. I had a nasty encounter with Mother Coma and almost passed away myself. So I have a vision of the world as being a lot darker, perhaps, than I did when I was 31 and wrote the Books of Blood. Interestingly, although the Books of Blood were greeted with cries of righteous horror — and smirks — I didn’t think of them as being particularly excessive. God knows what I did think was excessive at the time, but I didn’t think they were.

All of which is to say I haven’t a fucking clue why the stuff has the responses that it does, and I’m delighted only that people continue to take pleasure in it. The Scarlet Gospels does, by general consensus, seem to mark a new high — or low, depending on your point of view — in its excessiveness, in its extremities. No bad thing, I think. If that has people paying attention to me in a way that maybe they haven’t been … I shouldn’t say they haven’t been, of course they have been. But as time goes by, maybe people pay slightly less attention to your being in the world than they might have done when you first came along.

In terms of scope and ambition, not to mention setting, this is Barker’s Inferno. It’s a real tear-down-the-sky effort. Literally so, at one point.

I like that immensely. I was trying for that. But I also then cut back on the scale of the book because I felt it was overly wordy. I wanted it to be a tear-down-the-sky book, but not 7,000 pages long in order to tear down the sky. I’ve written a lot of long books; I wanted this one to be a short, sharp kick to the gut.

The funniest recurring gag in the book is how insulted Pinhead gets anytime someone calls him “Pinhead.” I suspect that’s a sentiment you and he share.

Yeah. Of course that was a joke, but it was also a way of me complaining about the fact that I never called the guy Pinhead in the first place. It was one of the special-effects guys who did it. I thought it was a rather undignified thing to call the monster, but once it stuck, it stuck. I liked the idea of re-baptizing him, if you will.

The book is something of a reclamation project — an attempt to restore gravitas and dignity to that character, whose suffering has been legendary, even in Hollywood, so to speak.

Yes, of course, it is that too. The book is a way for me to say to many of the people who made very bad Hellraiser movies, and some of the people who acted in them, “Get out of my way.” You know? I’m a little over some of the bad stuff that was done. I don’t want to talk about it anymore, I don’t want to think about it anymore, I just want to get on with new stuff. New worlds to conquer, and a few old ones to piss on. But also, that gravitas is, I think, achieved most by him passing away in such a swift and unseemly fashion. I like the way he dies, because it’s the death least of all expected. I hope.

You’ve been so unequivocal and public that this book is about the death of Pinhead — full stop, no spoiler warning. Why?

Why not? If I’d been sly about this and not even mentioned the fact that Pinhead — excuse me, the Hell Priest — was going to die, that would have seemed really dumb. It’s actually a really important element of the book, the element of the book which will draw the most attention. He will not be coming back, by the way. That I promise you. There will be no return, no posthumous Frank Sinatra concerts from him.

In reading, I couldn’t help but think about your own life. You’ve been working on this book for years—

Yes, I have been working on this book for years. But I also had a coma, and lost my mother, my father, and the young man who was almost my son, and a lot of other terrible things in the meantime. Even though it might seem that I’ve been diddly-daddling instead of actually writing, a lot of that daddling has been because I was unconscious. I, uh … I take the Fifth. [Laughs.] I’m making a joke of it, but there have been some pretty damn horrible times of late. I’m only just now, after some many years, priming to leave the house. I’ve only been out of the house five times in the last few years. I am now well enough to, actually, finally leave the house. [Sardonically.] Hey, what about that!

In the midst of all this, you revealed that you supported your writing career in the early days by working as a hustler.

Was that really such a revelation? I was surprised. Maybe I hadn’t talked about it in the past, but I didn’t think I’d hidden it too much.

I got the sense that that was a painful time in your life to revisit.

It was, and yet it wasn’t. It was humiliating many times. It was stultifyingly boring much of the time. And it’s bad sex, mainly. [Laughs.] But you can’t have everything. It kept me in bread and cheese through a bad time in my life, fiscally. But do I want to go back to hustling anytime soon? Nope.

So how are you feeling now?

Better than I was. I’ve been very, very ill, I suppose would be the reasonable answer, but I’m not anymore. I’m feeling much better than I have been for many years. You know, I … there have been a couple of days when I thought maybe I wasn’t going to make it to the evening. I don’t feel that anymore. I’ve got lots of years to live, and hopefully lots of books to write and paintings to paint and jerk-off sessions to have in the silence of my home. [Laughs.] Definitely that.

Truly Outrageous: What the New 'Jem and the Holograms' Film Gets Wrong About Modern Pop Stardom

‘The Juliet Show’: Alan Thicke on Canadians in Hollywood, Drake, and His Dating Advice for Leonardo DiCaprio