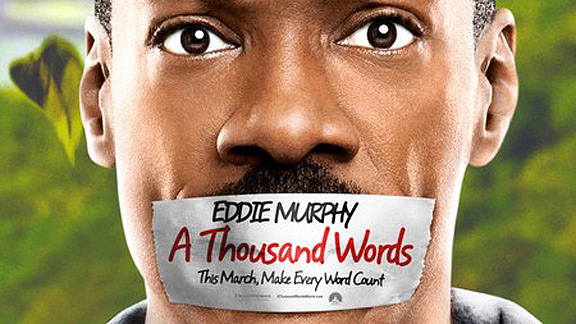 What the art says: Eddie Murphy is a 50-year-old porcelain doll (look at that skin!) and he’s going to get kidnapped. Either that or he’s an Occupy Wall Street protestor. Those are the only reasons someone has tape on his mouth, right? Turns out no. It also happens when a car salesman talks too much and is left with 1,000 words to say before he dies, as is the case in this movie. A prediction of what at least four of those words will be: “I’ll take the v-neck.”
What the text says: There’s no one involved with this movie worth caring about other than Murphy. Sorry, Clark Duke. It’s not just the onscreen talent either. The writer’s latest credit is Jack and Jill and the director is responsible for 81 episodes of One Tree Hill. Not exactly brag-worthy.
Tagline: “This March, Make Every Word Count.” Not sure if “This March” is a part of the tagline. We’re going with no. That leaves us with “Make Every Word Count,” which gets points for being totally accurate then loses points for be totally boring. In the end, 0 points. 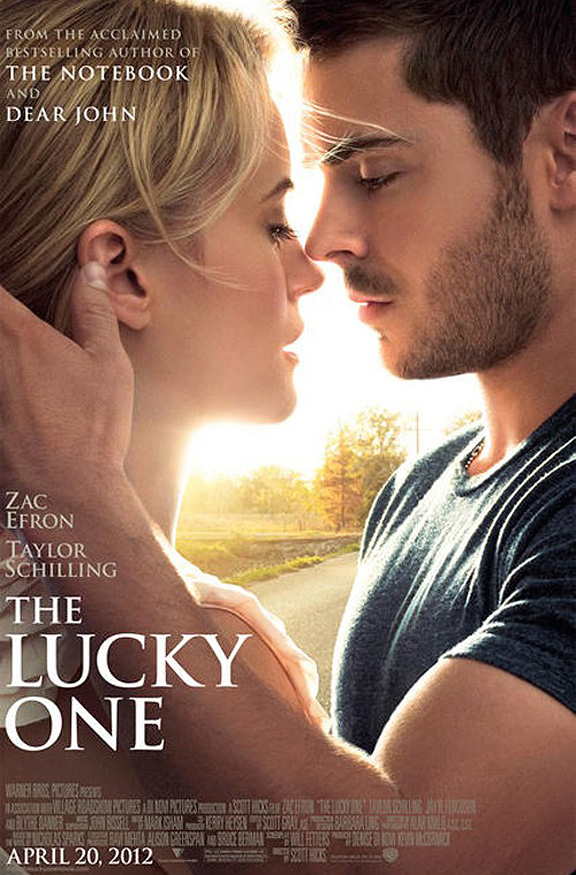 What the art says: Even an otherwise perfect man like Zac Efron has trouble getting his beard connectors to come in. It’s inspiring to see that a guy suffering though that can still land a non-descript blonde hottie. Must be the biceps. As for the rest of the poster, there’s not much going on. We can only hope that bright light between the loving couple is a firebomb hurtling toward their heads. Can’t really blame Warner Bros. for the boring poster though. When it comes to Nicholas Sparks movies, you don’t mess with a formula that works.
What the text says: Sparks is bigger than Zefron. Not bad for a keyboard jockey. We know that because the man who wrote the crappy book that led to this sure-to-be crappy movie gets top billing. Not by name of course, but with the titles of two movies that each made $115 million. As for the actors, Efron gets billing over Taylor Schilling (not Curt’s daughter), best known for not being known. 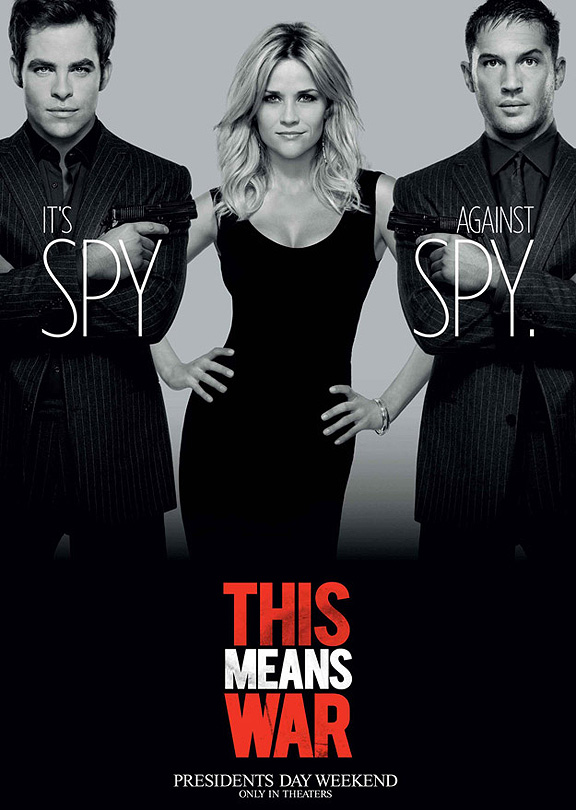 What the art says: Chris Pine could totally pay Megamind in the real-life adaptation. Look at the size of that man’s head. As for the design, this poster is straight from the love-triangle movie handbook. Two guys on either side of a girl is to love triangle movies what a tilted guy running is to action thrillers.
What the text says: You know who Reese is, but the other two? Let’s be honest, you might know their faces but you don’t know their names. That means no names for anyone. Not even the director McG, who has the coolest name of anyone involved in this movie.
Tagline: “It’s Spy against spy.” Very tricky, Fox. Way to cover all the bases. Reese and the hot guys pull in the girls. Captain Kirk vs. Bane pulls in the guys. And your deceitful tagline pulls in the nerds by tricking them into thinking this is an adaptation of Mad magazine’s “Spy vs. Spy.” 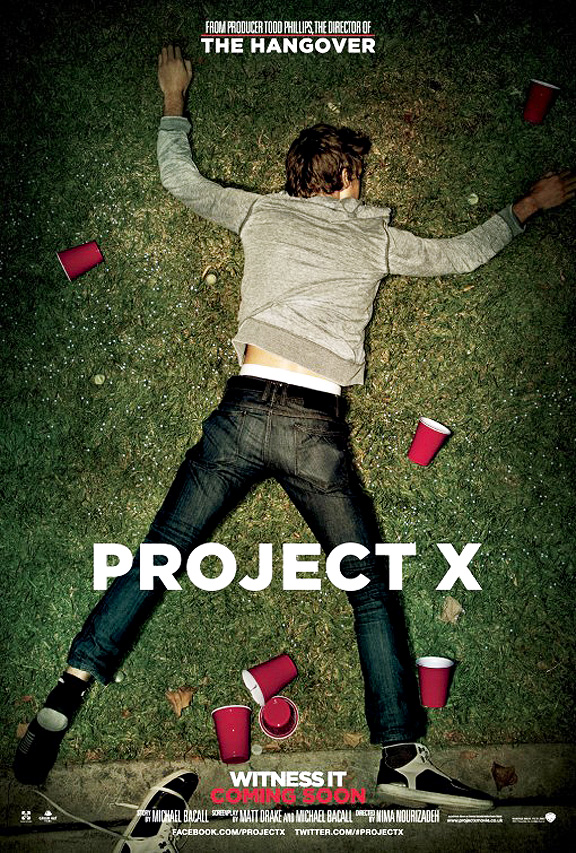 What the art says: Frat boys are about to have a new favorite movie. This poster has all the visual cues that lead to bro-ners (red Solo cups, a well-dressed dude, ping pong balls) and it’s shot to look like a photo, which bros love. Also worth noting: We’ve now reached a point at which studios are selling movies to guys with a passed-out guy instead of boobs. Feminists, your work here is done.
What the text says: Not much, but it doesn’t have to. The only necessity is establishing the Hangover connection, which is done up top. The rest is unimportant, especially the cast, which is filled with nobodies with a bunch Disney channel guest spots on their IMDb pages.
Tagline: “Witness it.” Witness what? Some kid passing out in the grass? Is this a LeBron reference? What’s going on here?

What the art says: Riggins finally made it out of Dillion. Apparently by hopping a time machine and travelling back to live among the Indians. But wait! That’s not what’s going on at all. Look closely and you’ll see those Indians on horses are actually aliens (notice the four arms) on rhinos (or something similar, yet alien-like). This movie, which is about a Civil War soldier transported to Mars and taken captive by 12-foot barbarians, is based on a classic series of sci-fi books. That’s probably why this poster looks like it could be the cover to an old sci-fi book. Gotta say, though, Disney would have done well to look back at the actual cover to the old John Carter of Mars book. It kicks so much more ass.
What the text says: Very little. In fact, too little perhaps. We get that no one is going to see Taylor Kitsch’s name and run to the theater but there are others (Bryan Cranston, Willem Dafoe) that might draw them in. Guess when you’re Disney it’s more important to get your name on there than any actor’s.
Tagline: “Lost in our world, found in another.” Not bad! Makes sense, fits the movie, and is sufficiently cryptic. We’ll take it.

We Found It on Watch Instantly: Wesley Snipes in Game of Death