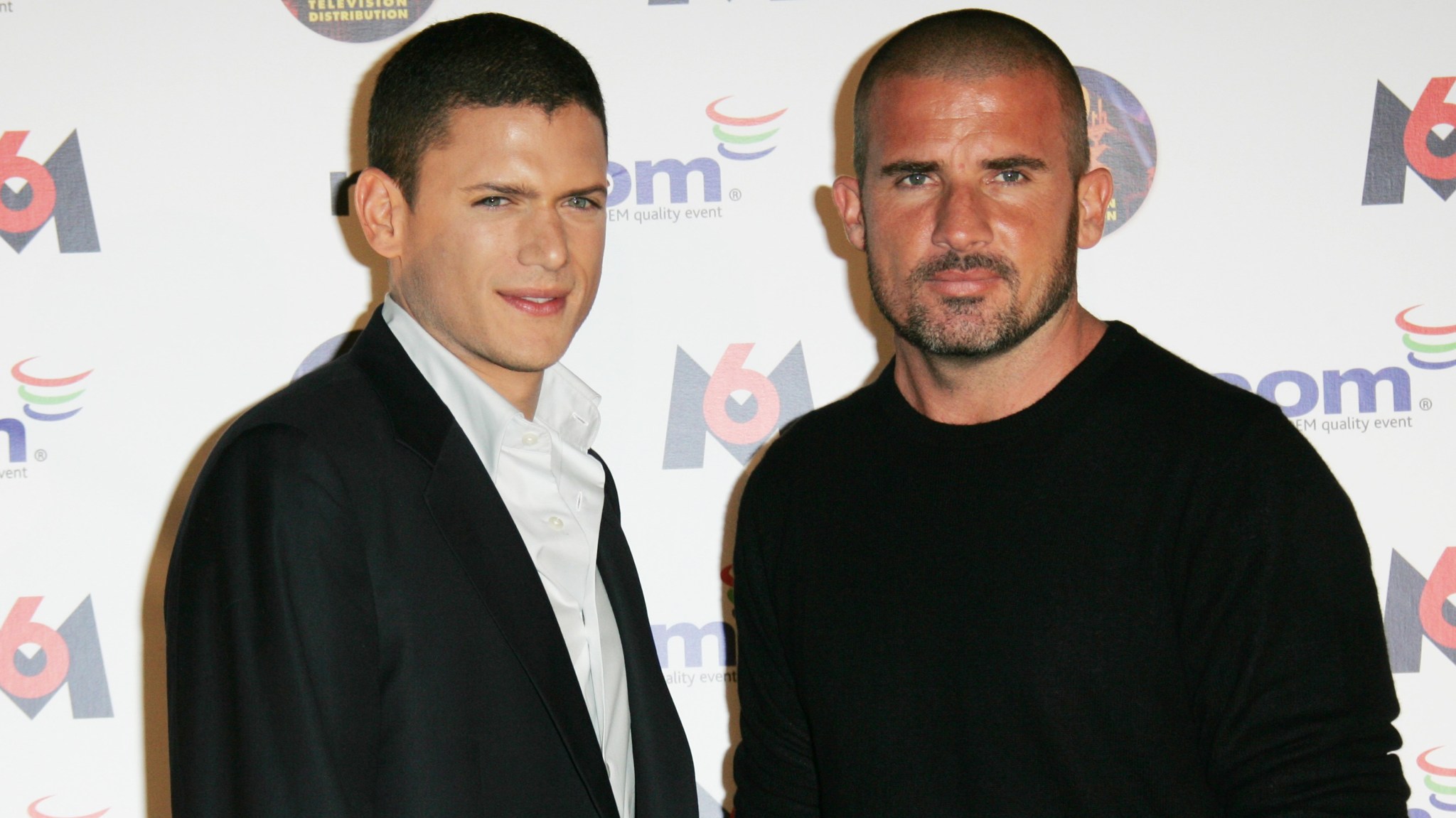 Where were you yesterday when you found out that a new batch of Prison Break episodes was barreling toward actuality? The potential for a miniseries had been previously announced, but yesterday Deadline confirmed that key creative forces like creator/executive producer Paul Scheuring and stars Wentworth Miller and Dominic Purcell were likely onboard too. If you watched Michael Scofield and Lincoln Burrows battle the prison staffs of several penitentiaries across a few countries, not to mention a shadowy vice-president of the United States, this prospect has to be exciting to you. It wasn’t always the most coherent show, but it was entertaining. Prison Break never should have been a full 22-episode show for the mere fact that the audience could have been spared an inordinate number of “next week on” teases that falsely purported an actual prison break. Paul Scheuring’s ideas are perfectly suited for the miniseries and streaming era. So, bring on more Prison Break!

The escalating absurdity of seasons 2, 3, and 4 confirmed that literally anything can happen on this show. It’s the only place where horrific prison evils and power birding unite. The most important part of the reboot is that Wentworth Miller will probably be back to reprise the role of Michael Scofield. After all, what else does he have on the docket? Michael was a savant whose beauty couldn’t be tarnished by the ills of prison or the blueprint-cum–body art that covered him from hips to shoulders to fingertips.

And I say “was” because he was killed at the end of the show. He was dying of a brain tumor, but ultimately sacrificed himself for Sara Tancredi — the prison doctor/governor’s daughter/mother of his child with whom Michael fell in love. Killing off the central character at the end of the show would be a nonstarter for most TV revivals, but not Prison Break! In Season 3, Sara was ostensibly killed via beheading, which ordinarily would be a very final end to a fictional life. Yet Sara returned for Season 4 with the explanation that the severed head we saw was just another outlandish ploy in a series full of them. Therefore, all resurrections of Michael Scofield are in play for the coming miniseries.

The fictional prison landscape has changed abundantly in the years since Prison Break ended. Formerly a sinister setting popularized by shows like Oz, the TV prison is a far more fertile space. Thanks to Orange Is the New Black for making it a place where love can grow and comedy can ensue. Scheuring surely needs no advice, but here are a few potential story lines to expedite this development process even further.

Michael and Sara’s son, Michael Jr., is locked up. They endeavor to get him out, with the help of Uncle Lincoln and cousin LJ.

Pros: If another Scofield is going to jail, the primary setting could be Fox River, which is the capital of plausibility within this universe. Michael could even get a new full-torso tattoo to reflect any renovations to the prison since his first stint, and old inmates who didn’t break out the first time could reappear.

Cons: Unless he tats up his legs and face to account for any renovations to the prison since his first stint, or revises what he already has, I need a new body-art-related gimmick to make it sing.

Turn the revival into a prequel and run it back with the Fox River Eight.

Pros: Season 1 was bolstered by its supporting cast, which included Frank Grillo, Peter Stormare, Paul Adelstein, and Robin Tunney. Those are just the biggest names among the second-tier cast members, and the list doesn’t include Amaury Nolasco as Sucre or Rockmond Dunbar as C-Note. If these people are in your world, use them. Maybe Dominic Purcell as Lincoln Burrows doesn’t even need to be on this show.

Cons: This should really become the T-Bag show. Robert Knepper as Theodore Bagwell remains one of the most unheralded villains. He was vile and riveting, and you couldn’t look away — even as his hand was chopped off. There could never be enough T-Bag if it’s not just the T-Bag show.

Michael commits a white-collar crime and gets sent to a minimum-security prison that functions as a male version of the Orange Is the New Black prison.

Pros: Michael gets a job driving a vehicle (you know, for prison errands!) and is taunted with the possibility of breaking out every day. The OITNB–Prison Break mash-up Tumblrs practically write themselves.

Cons: This would be entertaining if it were a series of comedy sketches or an entirely different show.

Pros: For all the emphasis on their brotherhood at the outset, how many minutes did they even log together? If Michael is coming back from the dead, it should be in the service of his family. I’d like to see him and Lincoln enact some Foucaultian theory by presiding over a panopticon of a prison. Michael was always a student, but now he’s turned his attention to theories of punishment instead of structural engineering. It’s exactly the kind of hard turn a college sophomore makes at the end of her second year after one enlightening class. Michael always seemed impressionable to me, anyway.

Cons: Dialogue devoted to Foucault, and attendant commentary from Lacan and Žižek, could get verbose.

‘Hannibal’ Returns Tonight. Enjoy This Mini Coloring Book About Your Favorite TV Cannibal and All of His Fun Friends.

‘The Right Reasons’ Podcast: Talking ‘The Bachelorette’ and Predicting the ‘Bachelor in Paradise’ Cast