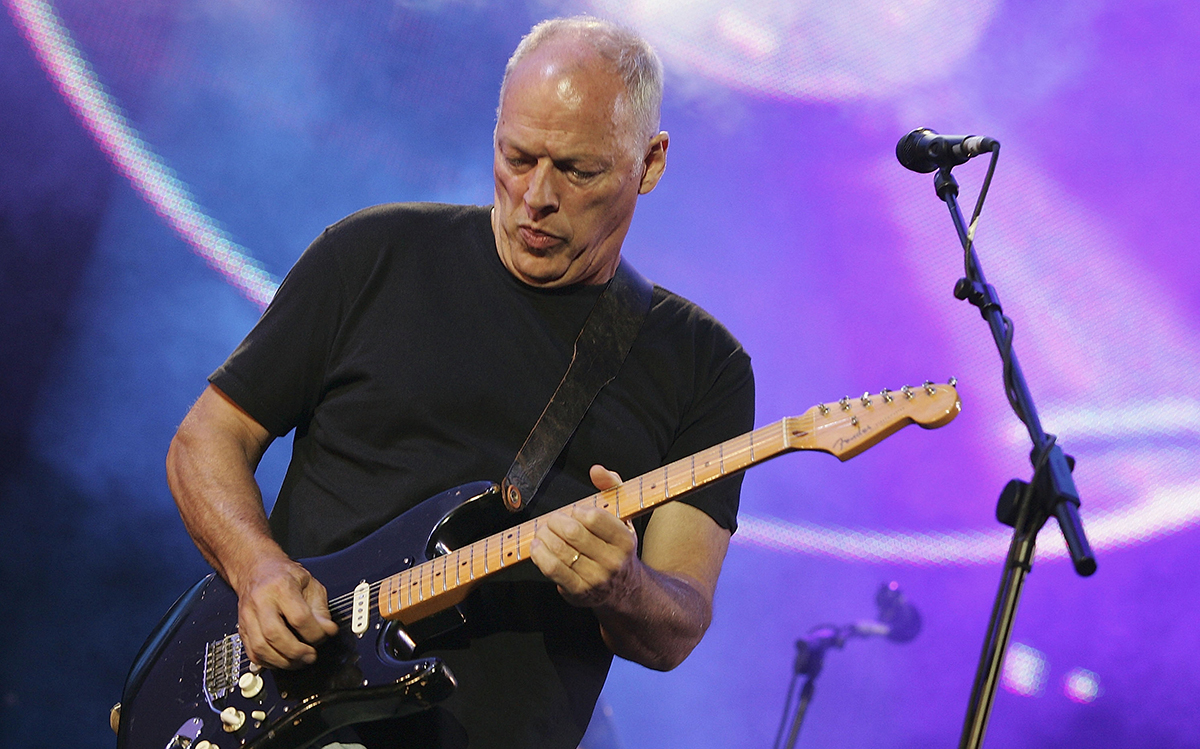 The Endless River has been marketed as Pink Floyd’s last album, though words like “album,” “Pink Floyd,” and “last” perhaps should never be taken at face value. Let’s start with “album”: The Endless River collects 18 refurbished, largely instrumental leftovers from sessions recorded by David Gilmour, Rick Wright, and Nick Mason more than two decades ago. It is yet another example of how nothing is ever truly “lost” anymore when it comes to classic-rock history. Every last Basement Tape must go. In Rolling Stone, Gilmour referred to The Endless River as “unfinished business,” with extra emphasis on the “business” part, I presume. Calling The Endless River a proper album is transparent salesmanship — this is really a bonus disc of outtakes in search of a Division Bell reissue.

Not that I’m complaining. Like millions of other suburban teenage drones growing up in the 20th century, I perpetrated minor self-inflicted brain damage while listening to Dark Side of the Moon, Wish You Were Here, and The Wall. (I saved Animals for my cyclical bouts with misanthropy, which steadily continued this month, with another scheduled for late December.) The signature sound of Floyd’s stadium-rock prime is how you remember it on The Endless River, with Gilmour playing brilliantly chilly ice pick leads, Wright supplying some jazzy keyboard fills, and Mason taking up space with his drumming. I can’t deny that this sound hits me in my most vulnerable places. But let’s be real: The Endless River is a product of the lobotomized Floyd that carried on after Roger Waters left the band in 1985, with all of the pomp and none of the circumstance. For nearly 30 years, this “Pink Floyd” has been the world’s best-pedigreed Pink Floyd tribute band.

Given Wright’s death in 2008, this Floyd is even less like Pink Floyd than the compromised band that produced 1987’s A Momentary Lapse of Reason and ’94’s The Division Bell. The Endless River was completed by Gilmour and Mason’s agreeable, human-like mannequin with a sizable supporting cast, supposedly in salute to their fallen bandmate. But River’s funereal bells also toll for the Pink Floyd myth. The past is invoked repeatedly, with blatant references to the band’s old songs scattered throughout. The album opens in boilerplate Floydian fashion, with a snail’s-crawl fanfare of synths and bluesy guitar licks that sprawls well into the second track before Mason’s draggy metronomic beat kicks in. (River is split into four multi-song “movements,” in case the allusion to “Shine On You Crazy Diamond” at the start wasn’t already thunderously obvious.)

The self-plagiarism doesn’t get any less subtle from there, whether it’s the soaring sax wails that sail through “Anisina” like the ghost of Dark Side’s mystical side two, or the replication of that distinctive “Another Brick in the Wall” strangler’s cord guitar sound on “Allons-y.” The snatches of words on The Endless River — delivered by current “it” guy Stephen Hawking on the silly “Talkin’ Hawkin’” and Gilmour on the closing track “Louder Than Words” — also strike a familiar pose, addressing the importance of communication in human interaction, one of Waters’s oldest hobby horses. “Mankind’s greatest achievements have come about by talking,” Hawking says, an odd but (I guess) inarguable statement, though you could replace “talking” with “eating,” “sleeping,” or “breathing” so long as Gilmour is soloing over it. 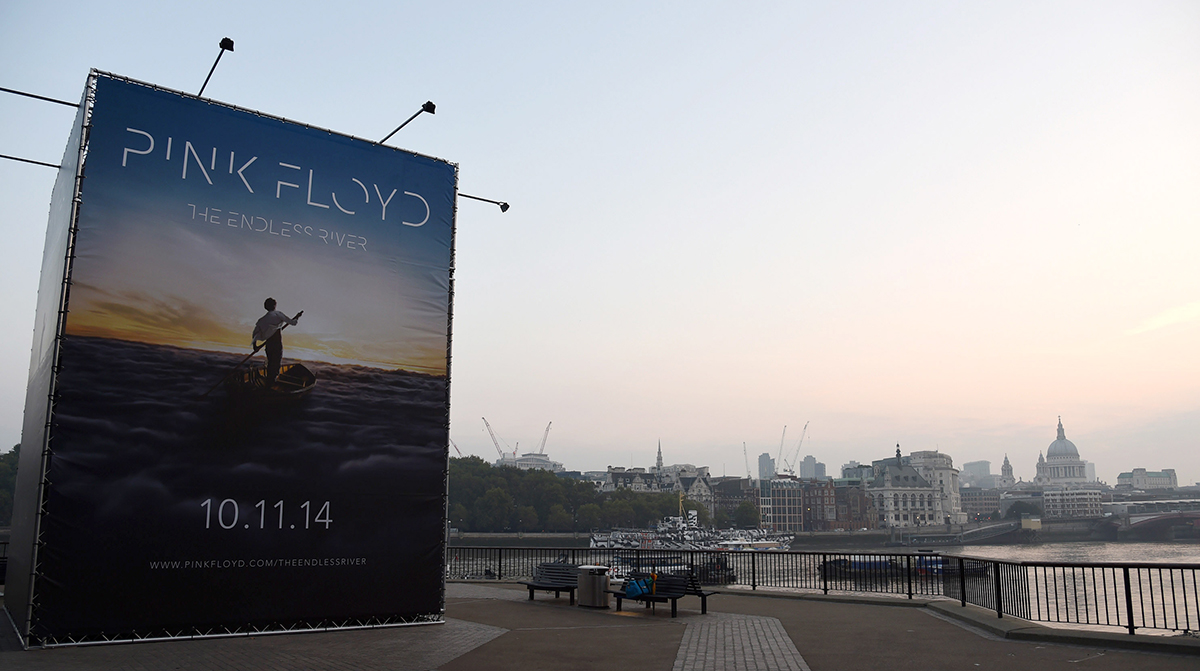 What’s weird about The Endless River is that it caps a career arc that for years was already widely assumed to be over. Aside from an ecstatically received reunion with Waters at Live 8 in 2005, Pink Floyd hasn’t been an active band for a very long time. Meanwhile, legions of tribute acts and light shows have emerged in its place to satisfy the market. More than any other classic-rock band, Pink Floyd is a brand for which the original band members have proven expendable. The lasers, dry ice, the doomy atmospherics of the music, and the weight of history are what matters. The Endless River is, perhaps unconsciously, attuned to this reality. It feels like the first true post–Pink Floyd Pink Floyd album, though I doubt it will be the “last.”

There’s a 2012 Rolling Stone interview with David Lee Roth in which Diamond Dave does a typically disjointed, boozy-boozy-bop rap about Van Halen’s future. He’s advocating for an EDM remix of “Jump,” which I instinctively believe must’ve been terrible, and then hits on something sort of profound: “The brothers and I have a considerable amount of classic music training,” he says, referring (of course) to Eddie and Alex. “When we write songs they almost demand revision and interpretation, as does any great material.”

While he didn’t elaborate on this point, I feel like Roth was envisioning a Van Halen without Van Halen, where tribute bands are the new orchestras and classic rock is the new classical music. The Endless River is part of that paradigm. It sounds like a Pink Floyd record that anybody could’ve made. It could be how Pink Floyd records are made in the future if people keep buying new Pink Floyd records. Pink Floyd might be over, but “Pink Floyd” is everlasting.

Fall TV Trade Machine: Making All the Moves That Fix the Biggest Problems of a Troubled Season

The Movies of 1994: The Near-Perfect ‘Dumb and Dumber’