‘Parenthood’ Cry of the Week: Not Applicable 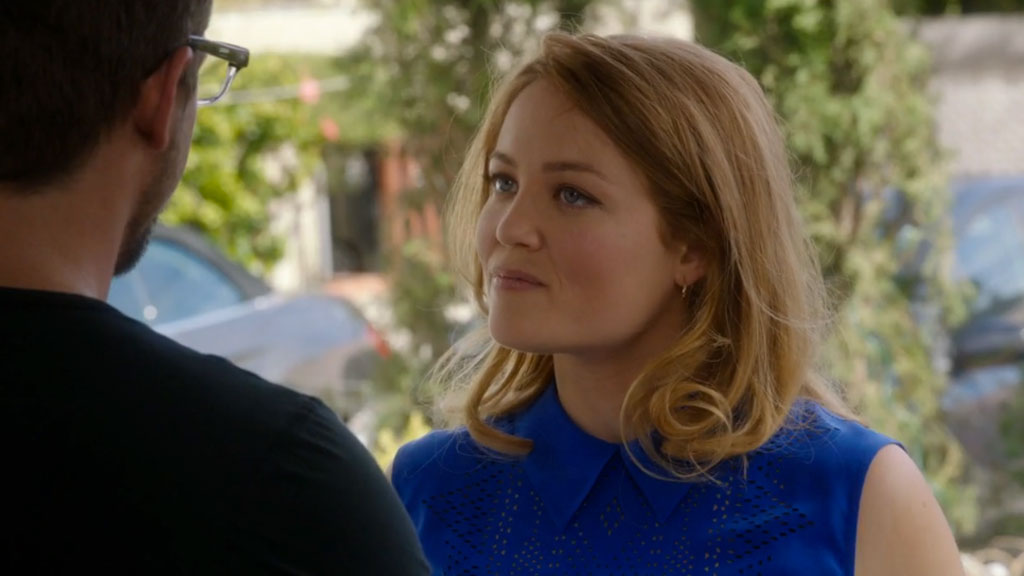 The Bravermans are all moving forward. Zeek and Camille are moving into San Francisco, Adam and Crosby may actually make some money, and Julia is resuming her legal career. Yet for all that motion, there were not too many tears. Maybe that’s OK, though.

There is no better symbol for the state of Parenthood in its fifth season than Julia’s wardrobe. Some weeks she’s sporting a perfect cardigan, something I’d expect to find at Madewell. And there are outfits like the inexplicable blue T-shirt over a gray long-sleeve. Sure, Berkeley is chilly, but find a better way to layer.

If Julia is going back to work as a lawyer, I will allow her to wear all the ugly clothes in the world. Ed, the other unemployed parent who is blamed in the separation, remarked that he hadn’t seen Julia this happy. He probably wanted to assume it was in part because of him and how she was allowing herself to date, but clearly her sunny disposition resulted from the legal work she contributed to the Braverman charter school crusade. I’ve wanted Julia to get back to work, in any capacity, since she quit her job. I hope she continues.

The conceit of this recap was based on Parenthood’s first four seasons, in which each episode built to an emotional climax. The early seasons relied heavily on Adam Braverman’s tendency to panic when he was faced with challenges, which occurred often when Kristina had cancer, when Haddie dated Alex, and when Max was diagnosed with Asperger’s syndrome. There were also tears due to the messiness of Sarah’s adult life and the maturation of Crosby. Now, here we are with just two episodes to go at the end of Season 5, and it has been a decidedly dry-eyed season. The structure of these weekly dispatches from fictional Berkeley suggest that somehow Parenthood has failed in its first 22-episode season because it has not produced the unbridled emotion we’ve come to expect. It has not failed; I think we’re just entering Parenthood adolescence.

This season has been devoted, for the most part, to Julia and Joel. Their protracted fighting followed by the murky separation has been sad, but save for a few moments, it has not provoked crying. When not concerned with impending divorce, Ray Romano as Hank has been working through his own Asperger’s diagnosis. While I would watch a show just about him, his arcs do not have the power to turn the well-constituted into a sopping mess. But just because these plotlines don’t devastate, they are not flat. Hank and Julia, with Sarah and Joel as their counterparts, have become vessels to explore quotidian emotion that falls between extreme elation and extreme pain. As we’ve watched Julia adapt to her separation, and while Amber has become the family’s steadying force following her own hysterical breakup, it’s as if Parenthood has entered its next phase. There’s not always a cause behind which the family can rally, nor is there always a crisis to get the gang together. Perhaps this season hasn’t been as obvious in the quest to explore emotional truths, but that’s because the type of experience the show has dedicated itself to lately isn’t as flashy. Yet, the season has improved since cataclysmic events have befallen our beloved Bravermans. Solo Julia is more interesting now than when she was relegated to fruitless fights with Joel. Drew, Sarah, and Amber have left life-altering plotlines behind to face smaller hurdles, and they’ve all become more enjoyable characters since. It’s more fun to watch Drew hurl beer cans at his dopey roommate than to watch mopey teenagers commune together.

If the previous four seasons were defined by big moments of confession, this season has been defined by forward motion. We’ve got Drew letting Amy go, Hank living with his diagnosis, Amber picking herself up after heartbreak, Sarah devoting herself to her career, Kristina and Adam opening a school, Crosby embracing family life, Zeek and Camille moving out to move on. All of these activities are real enough to allow us to overlook bogus moments like the fraud alert from last week. Parenthood has spent 20 episodes investing in comparatively mundane story lines. The force in the serial format may have been diminished, but the overall weight of the show remains, especially given the challenges of sustaining a 22-episode season. Perhaps most important, I think the self-actualization and empowerment that many Bravermans have gone through is setting us up for a big finale. I could go for a good cry.