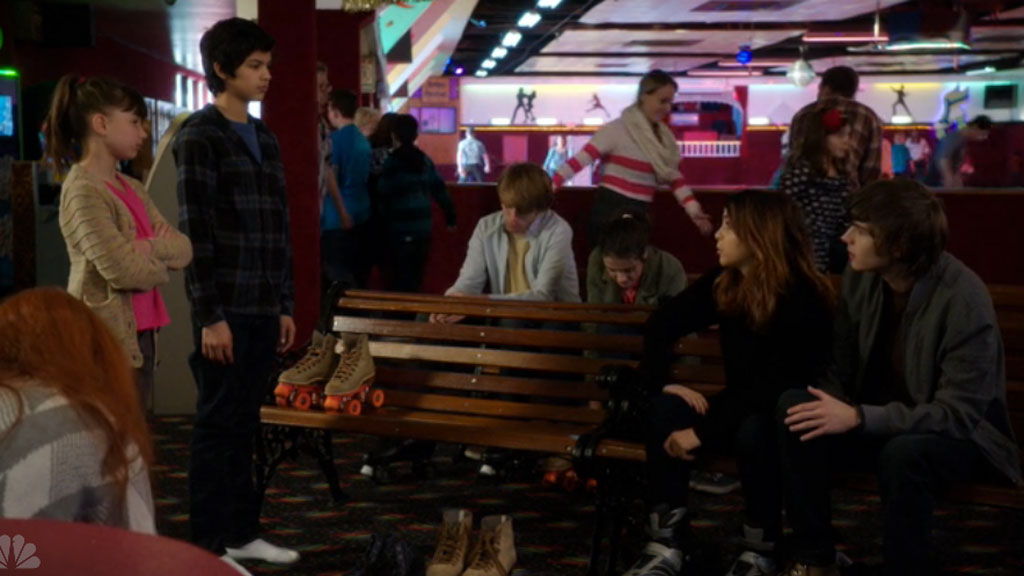 The Bravermans came in twos this week: Sydney and Victor planted in front of the TV, Zeek and Crosby in Oregon, Adam and Max surfing in the ocean, Julia and Sarah on a mission, Amber and Drew saving the day. When your family is that big, you’re never short on running mates. Yet the moral of the episode may have been that the power of a Braverman duo is best used to benefit the whole family. It’s always about the family.

Time is about to expire on Sonya Walger’s character, Peet. Over the course of 19 episodes, I think she has logged less screen time than Judi Dench in Shakespeare in Love. What was the point of her character? Joel gave a speech (more on that in a minute) about how the marriage wasn’t working for him because Julia was not supportive or patient enough when he went back to work. If the issue was Julia’s behavior with an emphasis on Joel’s return to the workforce, why introduce this temptress at his job? She undercuts my already little sympathy for him. Plus, Penelope Widmore deserves more.

This was a decidedly upbeat episode. The various twosomes were off engaging in high jinks — road trips, recon, and roller skating (twosomes times two on the last one). One twosome I was not excited about was the reunion of Sarah and former fiancé Mark Cyr. Jason Ritter’s value on the show peaked way back in Season 1, when he was Amber’s teacher, and he has produced diminishing returns ever since. Luckily, his appearance this week was not to declare his love for Sarah, but rather to tell her that he’s engaged. Mazel tov, Mark! Let’s hope that’s the last we see of him.

Julia got a late-night fraud alert call from her credit card company. It was no fraud though. Joel paid for a $400 dinner with Peet, and their credit cards are still tied together. While Julia initially attempted to find out the details of the possible date from the restaurant itself, she ultimately goes to Joel to confront him. She says she doesn’t want to be in limbo anymore — are they working on their marriage or not? Great question, Julia. I’d like to know too. Joel replies by enumerating his grievances: the time she stormed into his office, her emotional affair with Ed, etc. You know, nothing that justifies his obstinance. Joel was teary as he explained, but I was not. This has been the principal story line of the season, yet we have no more insight into what exactly sent Joel into this state. Like Julia, we’re stuck in limbo, and it’s more like the interminable hell from Inception than the emotional distress of Parenthood.

Ever since Amber broke up with Ryan, she has taken a backseat to other story lines. She was back with gusto Thursday night. First, she resumed her role as a Max whisperer, getting him to at least talk about the school trip incident from last week. She also found a way to force Drew out of her apartment: She volunteered him for babysitting. Amber is the go-to wise cousin, especially with Haddie banished to an untelevised college on the East Coast. Somehow, the already wonderful Amber reached new, soaring heights this week with the advice she gave to Sydney and Victor. Drew had been unable to unseat them from their respective perches in front of the television, but his older sister swooped in for a siblings night at the roller rink. Joel’s kids were resistant at first, but Amber, well-aware of the difficulties of surviving your parents’ divorce, reminded them that they weren’t alone. Not only do they have thousands of cousins, but more important, they have each other. Parent problems — really most problems — are better with a sibling(s). After all, that’s what this show is about.

Video on Demand Report: ‘The Wolf of Wall Street’ Cons Its Way to Home Video