Oscarmetrics: The Case for Eliminating the Best Animated Feature Award 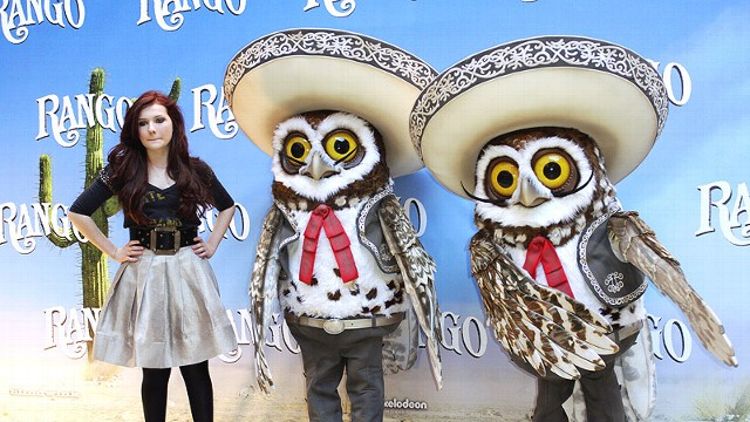 As I hope I’ve made clear by this point in our Oscar journey, I love awards. I cover them, I handicap them, I tweet them, I do useless math about them, I would happily volunteer to accept them if the actual winners could not attend, and I watch them. On Sunday I got really excited about the complicated, layered irony of Bon Iver winning Best New Artist at the Grammys even though I’m about 80 percent sure that I don’t know who he is. So when I propose the elimination of an award, please understand that it’s with a heavy heart. That said, when it comes to the Oscar for Best Animated Feature, my strong feeling is, to quote Padma Lakshmi: Please pack your knives and go.

Best Animated Feature is Oscar’s youngest category. It was created in 2001, a decade or so after The Little Mermaid, Beauty and the Beast, and Aladdin started the Hollywood animation boom, and not long after Toy Story and its first sequel made it clear to the Academy’s Board of Governors that even great cartoons stand no chance of cracking the five-film Best Picture roster; at the time, Beauty and the Beast was the only animated movie ever to have done so. Since then, the fledgling category has yielded some worthy honorees — mostly from Pixar, which has won the prize six out of 10 times — and some that were less impressive (do Happy Feet or Wallace & Gromit: The Curse of the Were-Rabbit really merit the words “Oscar winner” attached to their titles)?

The Academy’s impulse to give an award to cartoons stemmed from both the organization’s best side — a desire to honor underrecognized work — and its worst, which is the unkillable, paranoid belief among some AMPAS overlords that the job of the Oscars should be to nominate the year’s most popular movies (many of which are now animated) and that the Academy’s failure to mirror public taste even when public taste blows will eventually doom it to irrelevance. That same impetus led the Board of Governors to expand the roster of Best Picture nominees from five to 10 in 2009, a move that promptly solved the problem that the Best Animated Feature category was intended to alleviate. The first year of the expanded roster, Up got a Best Picture nomination. The second year, Toy Story 3 got one. The fact that both movies were also nominated for, and won, Best Animated Feature was, therefore, a foregone conclusion.

It was also an unnecessary prize, since the proper reward for an animated movie that is judged one of the year’s best films but not the best should be exactly the same as for any other movie — a Best Picture nomination. A separate award feels redundant in a great year — and worse than that in an off year. This year, the nominees for Best Animated Feature are Gore Verbinski’s funny and sharp, if scattershot, Western pastiche Rango, a pair of middling DreamWorks Animation releases, Kung Fu Panda 2 and Puss in Boots, and two hand-drawn, old-school European movies, Spain’s Chico & Rita and France’s A Cat in Paris. The winner will likely be Rango, which is the best movie of the four and a quarter of the nominees I’ve seen. The winner should be none of the above.

Those who say the Best Animated Feature Oscar is necessary because it shines a light on an underheralded genre often compare it to Best Foreign-Language Film and Best Documentary, two other specialty categories that find themselves at an inherent disadvantage in the Best Picture race. But the analogy doesn’t hold. While the vast majority of foreign-film aspirants never even play in American movie houses, and very few documentaries get a national theatrical release, three of this year’s animation contenders grossed more than $120 million. If no animated movie is up for Best Picture this year, it’s because no animated movie was good enough, not because they aren’t noticed or taken seriously.

Moreover, foreign movies and documentaries draw their five nominees from much larger pools — this year, films from more than 60 countries were submitted for the Best Foreign-Language Film award, and, even with new, stricter rules set to take effect, at least 60 nonfiction films should end up eligible for Best Documentary a year from now. The five animation nominees were, by contrast, chosen from an eligibility pool of 18 movies. Five out of 18 is a preposterously high percentage of films to nominate — it edges the Oscars dangerously close to the madness of the Tonys, which have sometimes had to honor just about everything that’s eligible in order to keep a category afloat.

And when you factor in the roiling internal politics of the Academy’s animation branch, which was essentially forced to qualify motion-capture movies like The Adventures of Tintin as eligible and then retaliated by refusing to nominate any of them, the category becomes not just ridiculous, but borderline fraudulent. As TheWrap’s Steve Pond reported last fall, the makers of Tintin, Happy Feet Two, and Mars Needs Moms — all movies that used performance-capture techniques — had to petition even to be considered as animated. Had the animation branch turned them away, the number of eligible cartoons this year would have dropped to 15, triggering an Academy rule that would have lowered the number of nominees from five to four. So the branch had it both ways — it allowed the movies to qualify, and then chose five nominees from the 15 movies it considered “real” animation.

In some ways, the studios and filmmakers who advocate performance capture have brought part of this mess on themselves. You can’t argue to the actors’ branch that Andy Serkis deserves a Best Supporting Actor nomination for Rise of the Planet of the Apes because there’s really no difference between what he does and what Christopher Plummer does, and then turn around and tell the animation branch that performance-capture acting work is all in the service of creating cartoon characters. On the other hand, no branch choosing from just 18 films should be in the business of attempting to preemptively eliminate anything. And the films they did nominate are, as a group, simply too weak to merit a category of their own. While I’d love to be able to report that Chico & Rita is a masterpiece, it’s actually a just-OK movie whose inclusion seems more an ideological statement about the importance of traditional handcrafted animation than a measure of quality. (Sure, it’s interestingly stylized and grown-up — you don’t often see pubic hair in this category — but as far as character expressiveness, its animation comes uncomfortably close to Aqua Teen Hunger Force.)

It’s not hard to think of reforms for this category: At the very least, the Academy could decide to cap the number of nominees at three, period, end of discussion, to avoid the kind of qualification gamesmanship that came into play this year and also ensure that a movie doesn’t have a 1-in-3 chance at a nomination just because it exists. It could also throw the nominating process open to the entire membership — as is the case for Best Picture. Last year, eight of the 25 highest-grossing movies in the U.S. were animated — does it really take experts to pick the best of them? (Yes, the general membership might overlook small, worthy movies like 2008’s Waltz With Bashir. But so did the animation branch.)

The simplest decision, however, might be to acknowledge that this category needlessly privileges a genre of filmmaking that is now so mainstream it should no longer be accorded what amounts to a consolation prize. As the last two years demonstrated, a truly great animated movie now has a legitimate shot at a Best Picture nomination. As for the rest … well, movies that are merely good can find their rewards at the box office or on DVD. And the bar for an Oscar nomination should be set a lot higher than, “It was better than Gnomeo & Juliet.”

Madonna and the M.I.A. Backlash

Blasphemy: Bill Murray Could Be Out on Ghostbusters 3?