Oscarmetrics: Bridesmaids and the Known Unknowns 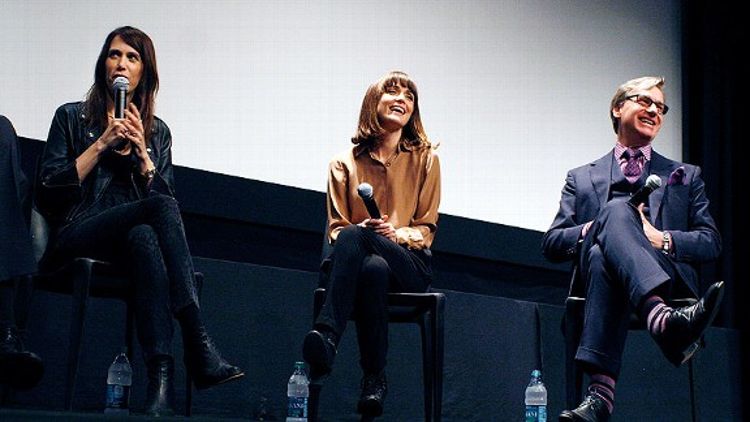 You know that Oscar season has probably gone on long enough when it calls to mind the war in Iraq, but, in surveying the terrain this week, I was reminded of perhaps the only useful thing that Donald Rumsfeld ever said: his distinction between “known unknowns — that is to say, we know there are some things we do not know” and “unknown unknowns — there are things we do not know we don’t know.” I was planning to note that when it comes to the Academy Awards at this point, there really are no “knowns,” but I think we can now etch in stone one certainty: Kim Novak will not be casting her ballot for The Artist, since she was sufficiently displeased by the movie’s appropriation of the score of Vertigo to accuse it of “rape.” I wouldn’t go so far as that, but if the L.A. prosecutor’s office wants to bring charges, I would be happy to testify that The Artist touched me in a way I did not appreciate.

Two weeks from today, I’ll be able to talk about the unknown unknowns — the nominations or omissions that none of us saw coming, the jolts that will force us to retrace our steps in order to discover what we fundamentally misunderstood about the 5,700 or so Academy members who, as I write this, are either finishing up their ballots or have already mailed them in. But meanwhile, we can at least tally some of the known unknowns:

How much does it matter if a movie got a real release or not?

Unless you’re an Academy voter, the odds are very slim that you’ve seen purported Oscar contenders Glenn Close and Janet McTeer in Albert Nobbs, Woody Harrelson in Rampart, Tilda Swinton in We Need to Talk About Kevin, or Vanessa Redgrave in Coriolanus. As I noted in an earlier Oscarmetrics column, I’m not a fan of the one-week, one-screen, open-and-closed “for your consideration” release, in which the letter of the Academy rule that a film must open by December 31 is followed, but the spirit is replaced by the prayer that voters will just watch the DVD. These releases aren’t just a way to game the system while undercutting the theatrical experience; they’re also an attempt to win nominations while bypassing any kind of sustained public discourse from moviegoers about a film’s virtues and faults. But my opinion means diddly if the tactic works — and if you hear two or more of the above names read on nomination day, the approach will have to be counted as a success.

How real is the Bridesmaids juggernaut?

There has been way too much knee-jerk snobbery about this film from some quarters, along the lines of “You can’t nominate a movie in which a woman craps in a sink!” Come on, people. I don’t recall you all getting so high-minded when Judi Dench peed on the floor in Iris. This nose-in-the-air stuff is especially silly when it comes from people who have given a free pass to any number of mediocre 2011 films with loftier or more sanctimonious intentions. So, I won’t lie, it was a delight to see their jaws hit the floor last week when the movie scored nominations from both the Producers Guild of America and the Writers Guild of America. That said, both of those nods come with asterisks — the PGA nominates ten movies and tends to favor mainstream Hollywood fare, and the WGA ruled so many films ineligible (including, in the original-screenplay category, The Artist, Margin Call, and A Separation) that Bridesmaids was a lock just by (no pun intended) process of elimination. But all the precursor awards in the world are probably not enough to get the film into the Best Picture race. Its two best chances for nominations remain what they were several months ago — McCarthy for Best Supporting Actress, and Kristen Wiig and Annie Mumolo for Best Original Screenplay.

How much trouble are The Tree of Life and War Horse in?

I would characterize both movies as “down but not out” — with a grim reminder that that’s usually exactly what one says just before, “Okay, they’re out.” I’ve been saying from the beginning that passion rather than consensus will power Terrence Malick’s movie toward a Best Picture nomination, but the fact that it went 0-for-3 with the writers, directors, and producers is not encouraging. I can offer a series of valid rationales — writing was always a long shot, the DGA’s large votership of rank-and-filers is generally inhospitable to art films, and the producers just don’t get it. Still, the hill it has to climb is getting awfully steep. War Horse at least managed to score a Producers Guild nomination. But the DGA omission stings: The group has historically been more warmly disposed toward Spielberg than the Academy has (he’s received 10 DGA nominations, as opposed to six Oscar nominations for directing), so the lack of recognition here may suggest that voters simply don’t have enough passion for the film to reward it.

What do the DGA nominations mean?

This year’s nominees, announced yesterday, are Woody Allen for Midnight in Paris, David Fincher for The Girl With the Dragon Tattoo, Michel Hazanavicius for The Artist, Alexander Payne for The Descendants, and Martin Scorsese for Hugo. The nomination for Allen (his fifth) was a mild surprise (I thought the group might go for The Help’s Tate Taylor). The nomination for Fincher (his third) over Spielberg was a shocker to just about every single one of us who make it our business to pretend we have any idea, ever, how these things are going to go.

But remember: The DGA picks and the Oscar nominations for Best Director are usually slightly out of sync. In the last 15 years, they’ve only matched up perfectly three times; they’ve gone 4-for-5 nine times, and 3-for-5 three times. So, assuming this isn’t a perfect-match year (and I don’t think it is), who benefits and who suffers?

Given their dominance in the Guild nominations so far, let’s assume that the directors of three films — The Artist, The Descendants, and Hugo — are now locks for nominations. Can Allen and Fincher really hold on to those last two slots? To figure that out, it may help to look at a longstanding trend, which is that filmmakers who get DGA nominations but not Oscar nominations tend to have won DGA hearts with crowd-pleasing studio films: Gary Ross for Seabiscuit, James L. Brooks for As Good As It Gets, Frank Darabont for The Green Mile. Between them, Cameron Crowe, Christopher Nolan, and Rob Reiner have eight DGA nominations — and zero Best Director Oscar nominations. By contrast, here’s a partial list of the directors who, over the last 15 years, failed to score with the DGA but were nominated for Oscars anyway: Stephen Daldry, Paul Greengrass, Mike Leigh, Pedro Almodovar, Fernando Meirelles, Atom Egoyan, David Lynch. Populists and hitmakers need not apply; even when Clint Eastwood pulled off this feat, it was for Letters From Iwo Jima.

This would seem to be very bad news for Tate Taylor — a prototypical DGA nominee if ever there was one — and sort-of-semi-provisionally good news for either Drive’s Nicolas Winding Refn or for Malick, since either of them could fill the artiste slot in this year’s contest. (Hazanavicius doesn’t count; he’s already in, and besides, he’s an entertainer, and this is a slot for a double-barreled auteur.) But then those pesky known unknowns kick in — what about Spielberg? Or a well-respected previous nominee like Moneyball’s Bennett Miller? Or even a total how’d-that-happen wild card like Tomas Alfredson, whose Tinker Tailor Soldier Spy has, screen for screen, outperformed The Artist every single week?

And now, it’s time for me to stop equivocating. Coming next week: Oscarmetrics goes daily! From Monday through Friday, I’ll put my cards on the table with nomination predictions in all the major categories. Join me, won’t you? Guessing’s just another word for nothing left to lose!

Hater's Guide: The Case Against The Descendants