‘Orphan Black’ Returns for a New Season, Even Clone-Crazier Than Before 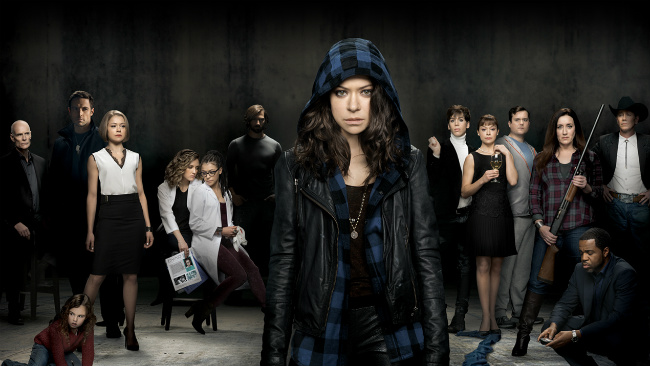 The conversation around Orphan Black, BBC America’s surprise sci-fi hit that returns for a second season Saturday at 9 p.m. ET, generally begins and ends in one place: Tatiana Maslany. And how could it not? The young Canadian actor broke out in a big way on the back of a performance unlike any in recent TV history. Better make that plural: In Orphan Black’s first season, Maslany played seven distinct characters, each with her own accent, hairstyle, and emotional baggage. Some were good, some were bad, some were really into musicals. What mattered most was that all were clones, created by a nefarious scientific cabal and hunted by a religious order of lunatic Luddites. It was every acting student’s fantasy turned into a shuddering, adrenalized reality: a steady gig built on endless change and possibility, a chance to play with every toy in the box and call it work. Over the course of 10 wild weeks, Maslany was transformed from an unknown to an Internet obsession and the envy of frustrated MFAs everywhere.

As good as Maslany was — and is! — I can’t help but take a moment to think about the Orphan Black phenomenon from the writers’ perspective. It’s common enough to say that the only limit on a Final Draft document is the author’s imagination. I suppose that’s true if said author is writing only to entertain oneself. But those hoping to have their work produced are generally forced to burden their flights of fancy with the heavy weight of reality. In other words, dreaming up a series that hinges on the infinitely twisty talent of a single actor is akin to scripting a buddy-cop thriller starring Debra Winger and a pegacorn: It sounds like a blast, but the odds of it actually happening are slim to none.

And yet Canadian optimists Graeme Manson and John Fawcett went ahead anyway with their crazy-making passion project about a conspiracy of clones. Then BBC America — a young network at the stage of its life cycle when it has everything to gain by investing in madness and nothing much to lose — decided to join them out on the ledge. And then, somehow, before any of the involved parties sobered up or broke down, they unearthed Maslany, an actor able to slip effortlessly from a flat, middle-American twang to a velvety, Ukrainian-inflected purr, a talent who remains plausible whether she’s crying over an injured child or pistol-whipping a buff war criminal who happens to be her lover. Casting Maslany as Sarah Manning, a British grifter — and then, soon enough, as Alison Hendrix, a soccer mom straight out of Desperate Housewives, and Cosima Niehaus, a scientist straight out of Lilith Fair, among others — was akin to drawing a straight flush on the last card or covering the spread on the final play. It’s a luck so crazy it starts to feel like fate. And it’s that gambler’s spirit, above all else, that makes Orphan Black an absolute must watch, not just for fans of genre but for fans of risk-taking storytelling in general. The show is on an insane hot streak. You don’t want to be the one to break the spell. 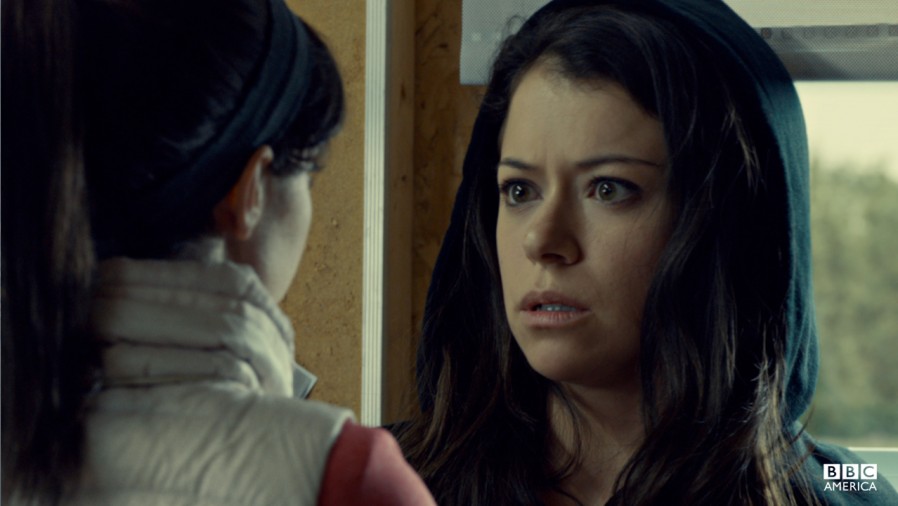 For those not caught up on the specfics of Orphan Black, I’m afraid it won’t do much good for me to try to remedy that here. Describing the plot of the show can have the same effect as telling someone about a dream: The more you talk, the loopier you sound. Still, I’ll give it a shot. When the series began, Sarah was eking out a life on the margins of a big city that might be New York but looks suspiciously like Toronto. (Sometimes shooting in Canada can make TV shows seem cheap; here, Toronto’s wintry drabness adds to the overall sense of claustrophobia and menace.) Her only friend is her foster brother Felix, a quippy painter who lives in one of those distressed lofts that might be artistic but looks suspiciously like an Anthropologie catalogue. (Felix is played by Jordan Gavaris with such chamelonic brio that I did a triple take when I heard him talk in real life.) Sarah’s daughter, Kira, was being raised nearby by Mrs. S, the same flinty Irishwoman who raised Sarah and Felix. In the pilot, Sarah witnessed the suicide of a woman who looked exactly like her; freaked out and desperate, she grabbed the woman’s purse and, soon, her identity. The dead woman, Beth Childs, was a cop with a cranky partner named Art (Kevin Hanchard) and an unfinished investigation into her own true identity. Soon Sarah was plunged headfirst into a topsy-turvy world of killer clones and crooks with genetically engineered tails, not to mention the slow-dawning realization that her tiny life had been a part of something much larger, and much scarier, from the moment she was born.

Right from the start, Orphan Black ticked numerous sci-fi boxes: There were loving monologues about genomes, strobe-lit raves populated by white-haired futurists, and a charismatic, potentially mad scientist named Aldous. (In a neat bit of symmetry, said scientist — full ridiculous name: Dr. Aldous Leekie — is played by Matt Frewer, the human face of ’80s soda pitchman/dystopic godhead Max Headroom.) But the real joy of the show derived from the way Manson and Fawcett steered into every possible skid like caffeinated teens driving bumper cars. Not only was each clone radically different from the next — I’ve yet to even mention Helena, the sugar-sucking goth assassin, or Rachel, the prim “pro-clone” who has a bigger office than Leekie in the ominous Dyad Institute — but they were quickly and chaotically smashed into each other’s lives. The best moments of the first season involved the brittle, pill-popping Alison desperately trying to preserve her Stepford existence, even as it became increasingly clear that one of those closest to her — either her dopey husband, Donnie, or her mean-girl best friend, Aynsley, was actually a Dyad spy keeping track of company property. There’s a madcap glee to Orphan Black’s paranoia; the show is often quite funny even as it flirts with darkness. I imagine the effect is akin to the exhilaration felt by tinfoil-hat truthers the moment they discover black helicopters are real and Big Brother actually is watching: Sure, the world is screwed. But at least we were right!

Maslany’s skill — not to mention her ability to compartmentalize — is truly remarkable. She’s in nearly every frame of Orphan Black, often playing long scenes against no one but herself. The more episodes you watch, the harder it is to remember that the dreadlocked actor lusting after a French femme fatale and the one slowly unraveling in her suburban craft room are one and the same. And Maslany continues to carry the heaviest load in Season 2; early episodes augment her apparently limitless skill set even further, introducing yet more clones and calling on her to sing and dance. Happily, the world of Orphan Black expands right along with Maslany’s responsibilities. The first few hours introduce a group of murderous, fundamentalist farmers, a family of Irish radicals, and a veritable poutine party of assorted Canadian day-players, all of whom arrive with their own agenda and, often, their own firearm. It’s all so breathless and busy that it’s barely worth worrying about just who is aligned with whom at any given moment; loyalty seems to vanish more quickly than Alison’s Xanax supply. Is hunky ex-military man Paul romancing Sarah or devoted to Rachel? Is Mrs. S a dependable mother hen or an untrustworthy snake? Is Detective Art Bell grimacing or scowling? Who knows! Who cares! It’d be preposterous if it weren’t all so much fun.

Emboldened by their crazy luck in getting Orphan Black off the ground in the first place, Manson and Fawcett know better than to jinx themselves by slowing down now. The first season blew through more plot than most shows attempt in a lifetime; the second feels even more ambitious. New friends quickly become enemies; old enemies return with a vengeance. Not all of it works — there’s a particular clone I’d be happy to see put out to pasture — but everything moves so fast it’s hard to find time to complain. With barely a moment to breathe in tomorrow night’s premiere, do you think there’s a second to worry about buzzkills like logic? This, I would argue, is a very good thing. Thanks to its creators’ verve and its star’s zest, Orphan Black feels electric, sky-high on its own supply. As long as Manson and Fawcett — the latter directed the premiere with a welcome visual flair — refuse to look down, there’s a chance for Sarah and the rest of her doppelgängers to be running for quite some time. Catch up while you can.