New Music Trend Alert: Teen Metal Is Upon Us 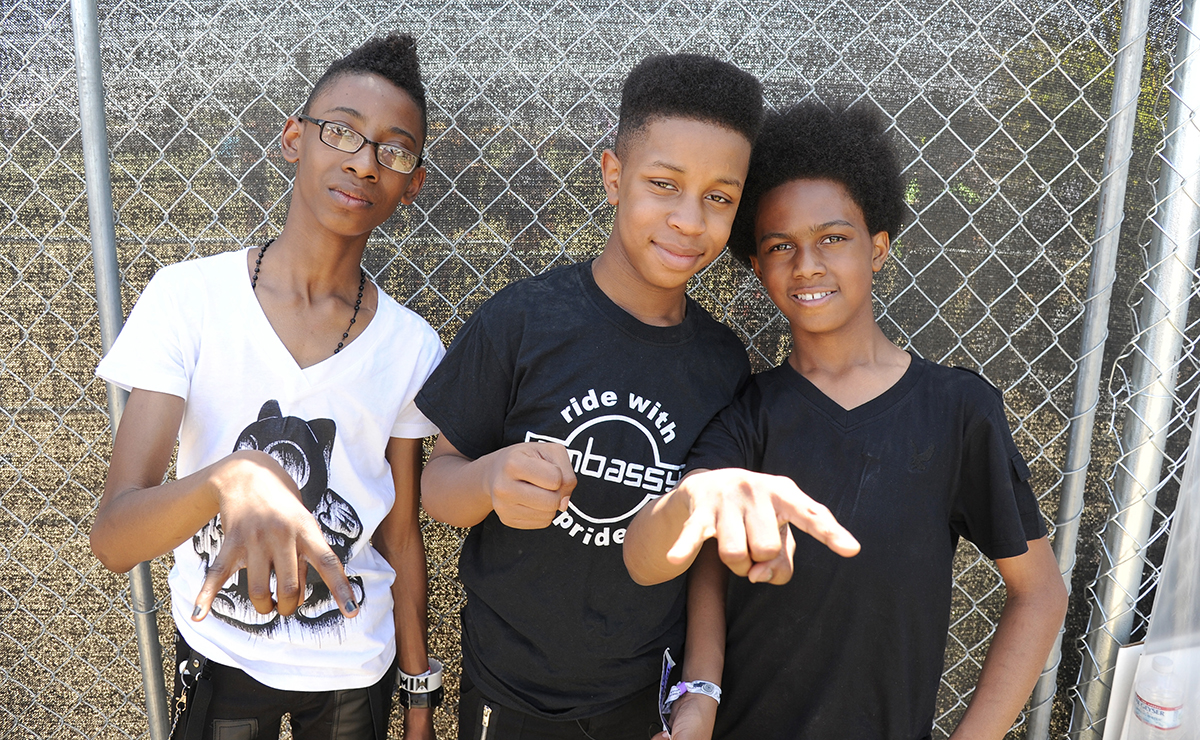 There’s a teen metal band invasion afoot! Last week, a Brooklyn power trio with some serious Iron Maiden/early Metallica–style chops named Unlocking the Truth signed a five-album deal with Sony for $1.7 million, in spite of the band members having an average age of roughly 12 and a half.

The band — composed of 13-year-old guitarist Malcolm Brickhouse, 13-year-old bassist Alec Atkins, and 12-year-old drummer Jarad Dawkins — achieved online fame when a performance shot in Times Square last year garnered 1.5 million hits on YouTube. After that came a slew of invitations to shred for huge audiences, including a slot opening for Guns N’ Roses, an appearance on Totally Biased With W. Kamau Bell, and a spot at this year’s Coachella Festival. The group is managed by Alan Sacks, whose previous claim to fame is as cocreator and producer of Welcome Back, Kotter (!), and he’s definitely not taking the “let’s keep the hype to a minimum” approach. With ULT scheduled to start recording its first album in about a month, a book and documentary are already in the works about the group’s early, unlikely rise. This can only end well, right?

Here is ULT playing a heavy-riffing instrumental called “Monster.” They are way better at melting faces than the average band of middle-schoolers:

Now, $1.7 million sounds like a lot of money. But this is the record industry we’re talking about — just because a major label is dealing with a bunch of adorable metalheads doesn’t mean there isn’t at least some chicanery going on here. As Rolling Stone reports, Unlocking the Truth will see that money only if it can sell at least 250,000 copies of its debut album. To put that in perspective, Mastodon is arguably the most popular metal band going right now, and it hasn’t yet sold 50,000 copies of its most recent album, Once More ’Round the Sun, since its last release last month. Still, Unlocking the Truth will get a $60,000 advance and presumably a decent promotional push, which hopefully won’t ruin these kids before they get a chance to grow up.

Compared with Unlocking the Truth, the members of New Jersey’s Xero Gravity are ancient. According to a 2013 band profile by the Jersey alt-weekly The Aquarian, guitarist Alex Peragine is 16, bassist-singer Jack Rose is 15, and drummer Steven Rago is 14. But don’t feel bad for these doddering geezers — they’re rapidly building their own fan base via social media. As reported by the website MetalSucks, Rago’s father recently posted about Xero Gravity on the popular Facebook page Humans of New York and instantly garnered a sizable response. “I’m the manager of my 14 year old son’s heavy metal band,” the post reads. “I pay for everything and handle promotion. Work is stressful, so it’s my release. I’m always checking my phone to see if there are any new likes or wall postings on their Facebook page.” After a single day the group amassed 23,000 likes. (The Humans of New York post has more than 195,000 likes.)

Will this help Xero Gravity land its own record deal? Judging by the songs posted on its ReverbNation page, Xero Gravity is sludgier than Unlocking the Truth, with some Alice in Chains overtones to go with the classic metal influences. Perhaps the more pertinent question is: Are Facebook likes or YouTube clicks really an indicator of potential record sales? I’m not so sure. The commercial prospects for both groups seem dubious — metal isn’t really a pop genre anymore, and the genre’s core audience will be wary of anything that seems like a novelty. If you were to pit them against each other, battle of the bands style, I’d give the edge to Unlocking the Truth. Just check out their stellar “playing big rock festivals” game in this Coachella clip:

Brickhouse has already mastered his power stance, and he gets bonus points for doing it on the drum riser. ULT also knows how to get a crowd full of awkward, shirtless dudes moving, which is going to come in handy later on. Whichever comes first, musical greatness or puberty, these kids seem ready.

Bryan Cranston’s Lyndon B. Johnson Play Will Be an HBO Movie

A Riverdale Runs Through It: The ‘Death’ of Archie and the Frozen Universe of Spinoff Comics