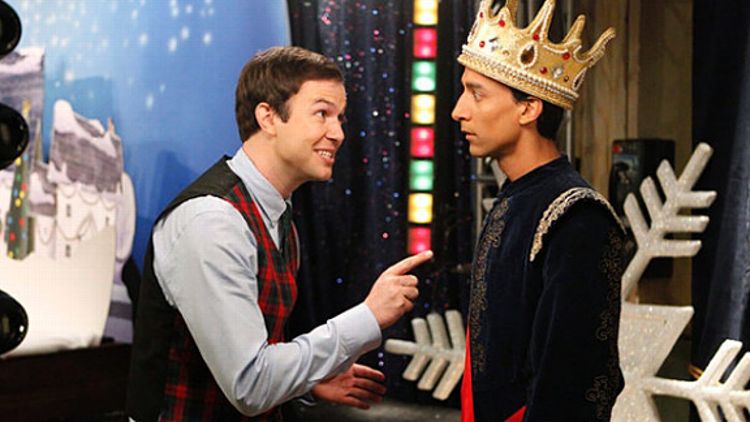 1. Community
Near the end of Walter Isaacson’s best-selling biography of Steve Jobs, the topic turns toward the creation of the iPhone. Within Apple, there were dissenting opinions on whether it was a good move for the company to invest all of its resources in such an idyllic device — after all, the problem wasn’t the supply of mobile phones, it was just that the ones everyone had weren’t good enough. Even after the device’s introduction, Bill Gates, the unlikely populist, was dismissive as was his chief Microsoft deputy, Steve Ballmer. To Ballmer’s eyes, the object was too ambitious for the average consumer. “A phone,” he said, “is really a general purpose device.”

But the thinking within Apple was, of course, a little different. Jobs correctly bet the company on the notion that there were enough like-minded people in the world to make the costly, draining, and occasionally insane pursuit of perfection worth it. And eventually his highly personal, incredibly specialized device became the global standard.

Now, Community isn’t the iPhone (precious little about it is smooth) and Dan Harmon is no Steve Jobs (it’s hard to imagine him ever constraining himself to a 100% carrot salad diet). But underneath the stubble and Dr. Who jokes, Harmon does share some DNA with the late Apple CEO. From the very beginning, Harmon has rejected the notion that a major-network sitcom must adhere to certain emotional or crowd-pleasing beats and he’s bet big on the idea that audiences can keep up with an insane, Usain Bolt-like barrage of one-liners, references and call-backs. Over two and a half seasons of Community, Harmon has perpetually pursued the near-impossible over the merely good enough. The result has been a remarkable show that has, to my eyes at least, a relatively pedestrian batting average: no matter how hard you swing for the fences you simply can’t hit a home run every time. But when all the pieces fit together, as they did last night, Harmon’s dedication suddenly looks like the smartest thing in the world. The best compliment one could give Jobs was to say that we didn’t know we wanted his products until he invented them. The same could easily be said about Harmon. Until last night, I had no idea I needed a half-hour Christmas musical that Glee-fully eviscerated a more popular television show, and yet, in the end felt as warm and fuzzy and Annie’s inappropriate Santa costume. But it turns out I did.

If “Regional Holiday Music” is the last episode of Community for awhile, then it was a perfect note — or, more accurately, notes — to go out on. It was a nimble mash-up of the show’s two core conceits, that these arrested misfits are grudgingly forming a family and that reality is not a required course at Greendale. Guest-star Taran Killam, rarely memorable on SNL, was spot-on as the musical megalomaniac Mr. Rad, a sweater-vested maybe-murderer who picks off each member of the study group, sniper-style, in his pursuit of a new Glee Club. The individual musical numbers all shone — particularly Troy and Abed’s undercover Jehovah’s Witness rap and their bravura “Baby Boomer Santa” (Troy: “Santa fought at Woodstock and Vietnam / smoked a ton of acid and burned his bra!” Pierce: “You’re welcome for everything!”) — despite being packed tighter than the circuitboard on an iPod nano. And the double-edged finale — a spandexed, off-key Britta ruins everything because of course she did but the holiday spirit inspires some genuine togetherness and wassailing — worked like a charm.

I’m increasingly unconvinced that this is the end for Community — the show remains in production, NBC has little to replace it with, and its studio, Sony, has a way of getting its way. But more and more I’m convinced that this shouldn’t be the end for Community either. Harmon’s show is idiosyncratic, ingenious, and occasionally infuriating. It’s not made for everyone, but when the pieces fall together just so, there’s no reason why it couldn’t be. Steve Ballmer was wrong about the iPhone and the same old-fashioned thinking may apply here. The sitcom is no longer a general purpose device.

2. Parks and Recreation
Forced to sit at home during a paid suspension, unable even to swipe a flashdrive (or fob off a nasal spray) under the hawkish glare of Chris Traeger, Leslie Knope is untethered at the start of “Citizen Knope.” Since the showrunners of Parks and Rec — and Amy Poehler herself — wisely downshifted Leslie’s character from a manic object of ridicule to a manic object of admiration, it’s been clear that work is the central focus of Leslie’s life not because she doesn’t have any other options but because she is blissfully, amazingly good at it. Without a community board meeting to chair or a problem to fix, she goes a little batty. We see this in the terrifyingly thoughtful Christmas gifts she sneaks to everyone in the department — Tom’s “Baller Status” pocketwatch-the-throne was good but Ron’s door remote was better — and the aggreived, poorly named militant citizen’s group she founds, P.C.P. But most of all we see it in her relationship with the recently resigned-in-disgrace Ben, whose own forays into the private sector lead him both to the discovery that he’s actually funny when placed amongst other accountants (“Calc-u-later!”) and to interactions with some of Pawnee’s most wonderfully fringey characters, including fragrance-baron, most dangerous game-hunting Dennis Feinstein and the great Jean-Ralphio. (The scene between the former Entertainment 720 founder and the former President, er, mayor is actually one of the best of the season, just insanely funny — “model trains or toy Gandalfs” — while actively advancing the plot.)

Over her beloved breakfast, Leslie is so unmoored by the situation she barely focuses on Ben and instead applies her inexhaustible engine to inventing a new spice, Salgar. Even better, she comes up with a number of uses for her precise blend of savory and sweet including butterscotch pudding. I’d humbly suggest another: Parks and Recreation itself. The show has always been a deft blend of cutting workplace comedy and unabashed sentiment and its very best episodes have been expertly sprinkled with the emotional equivalent of Leslie’s white powder. So, is it particularly Grinchy to say that I found this episode to be as overly candied as Leslie’s spaghetti? Parks has the best bench of characters on TV, to see them united in an effort to give back to their friend, first as frustrated gingerbread architects and then as the would-be architects of her campaign, was heart-warming but a touch flat. (And short-lived, as all signs point to Ben, inspired by the stirring words of Jean-Ralphio’s b-hole groomer, taking over as Leslie’s manager.)

Still, one man’s sugary pasta is another man’s Froot Loops. And the enduring image of the episode isn’t Rob Lowe’s hugginess or Ron’s very un-Swanson-like misty eyes, it’s Amy Poehler’s perfectly calibrated performance. When she takes in the show of support from the friends she loves (and Ann, whom she loves specifically), her wide-eyed pause and recovery is expert TV acting, and a sign of the sort of depth that continually elevates the show. It’s my fault for looking at Parks like it’s 1% empty. When really it’s 99% full.

2. Whitney
As Whitney has gradually transitioned from a show about people who hate everything to a show about people who only act like they hate everything, it’s slowly ceased being odious and settled for being incoherent. “Christmas is Cummings” — a title more suited for AVN than NBC — swapped the intra-couple gamesmanship of the early part of the season for a low-stakes game of family avoidance. The message, however, remained frustratingly the same: the people you love are the people you lie to the most.

There was actually a worthwhile plot buried somethere beneath the Barbie-sex and racist-juror jokes: Whitney and Alex are caught in the young-adult dead zone where the foundation of their independent lives is still too weak to resist the gravitational gamma ray of parental neediness. The idea of these two knuckleheads starting their own, autonomous Christmas traditions, filled with honesty and “blood nog,” is downright appealing — a holiday miracle! But the show outsmarted itself by getting mixed up with Whitney’s parents, characters drawn broader than a set of barn doors. As Whitney’s mom, Jane Kaczmarek slurs and staggers about in desperate search of prescription meds and anything approaching humanity. The surprise casting of Peter Gallagher as Papa Cummings was much more inspired: whatever sitcom he thought he was on, filled with wheedling winks and more Broadway ham than the Carnegie Deli, is one I’d happily watch. Whitney’s horror at seeing her parents in bed together seemed strangely raw and immature — who cares what they do as long as they leave her out of it? — and the episode turned maudlin by the end, with talk of new families and shirt-on sex. Whitney excoriates her father for his tendency to “lie to get people to like him.” By tamping down her snark and boosting the hugs, it seems she takes after her pops after all.

2. The Office
Midway through the depressing claustrophobia of The Office’s Christmas party, Andy Bernard gathered Jim and Dwight in his office. Their pranking had — after eight years! — finally gone too far. “You need consequences,” the Nard-Dog intoned. “I want you both walking on eggshells.” Nothing came of this proclamation last night, of course: Dwight had some business with a porcupine, Jim made faces at the camera, the status quo was rigidly maintained. But I hope that someone in the writer’s room takes Andy’s words to heart. Outside of manufactured drama like Robert California’s marital situation and whether Oscar would be able to bartend without a mortar and pestle, there are no stakes remaining at Dunder-Mifflin. Darryl flirts with Val because Val was invented for him to flirt with. Andy and Erin trade shots and public accusations not because we care about their never-quite-there flirtation but because theirs is the only unresolved relationship on the show. Toby can dream up a “sex-crazed black detective,” Creed can call Darryl a “real Clarence Thomas,” and Meredith can hoard “Justice for Caylee” placards in her trunk from now until season twenty, but it still won’t address the show’s fundamental lack of direction.

At midseason, it’s now safe to say that James Spader’s affected spaciness and Ed Helms’ unctious neediness can’t fill the Carell-sized hole at the heart of the series. In the absence of a capable conductor, The Office is an orchestra in decline, a collection of individual talents once capable of joining together in perfect balance now reduced to sawing away half-heartedly on their own. Last night’s teaser was about Andy’s inability to tame the chaos out of the staff’s version of “Rudolph the Red-Nosed Reindeer.” It was a throwaway bit but it was prescient: the interjections were funny but the song was an absolute mess.