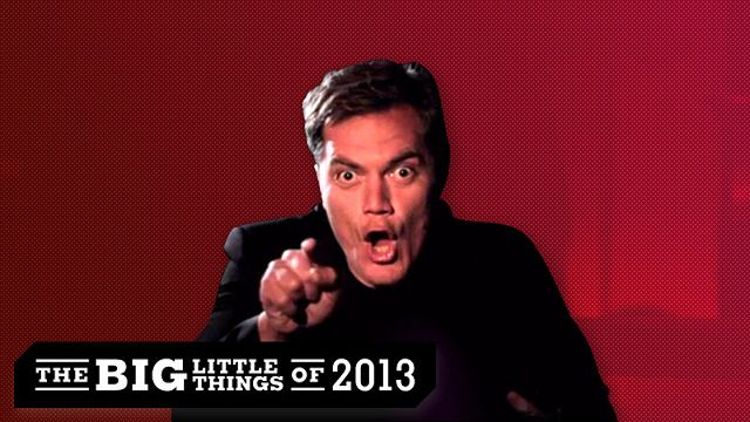 This four minutes and 18 seconds does such a nice job of speaking for itself that I considered simply writing “[Sound of dropped mic hitting the floor]” along with the title and link. But that just wouldn’t be me, would it?

Subtext bursts from this piece like the juice from a cherry tomato. On the principal level, there’s the actual letter from the Delta Gamma sorority sister. For anyone who was part of collegiate Greek life, or those who dated (and then married, as I did) someone initiated, or even those who had nothing to do with frats or sororities but have seen any of the countless pieces of pop culture depicting them, the tone, sentiment, and verbiage of the letter only solidified preconceived notions and stereotypes.

And yet, despite the author’s propensity for vulgarity and her numerous pronouncements of support for what I can only assume is both an excessive and underage state of inebriation, the letter is not badly written. It establishes a thesis early, and the text remains quite lean. It lays out “firm” evidence to support the initial conceit. So for all the fun we had, are still having, and undoubtedly will continue to have with this letter, let’s give credit where credit is due. Well done, Delta Gamma sister. Well done indeed.

Now that we’ve picked apart the sweet lactose ambrosia skin of this French onion soup, it’s time to dive into the bread and broth. And akin to how the perfect union of ingredients is fashioned when that bread and that broth intermingle and coalesce, so, too, does this video benefit from the merging of mindful acting and direction.

To lift a categorization from Danny McBride: Michael Shannon is an Academy Award–nominated person. So at first thought, his presence in a video like this seems rather vexing. But is it really?

Take a peek at Shannon’s IMDb page. Regardless of subject matter or character, I truly don’t believe he has ever taken a role lightly. Each time he’s onscreen, whether as Nelson Van Alden in Boardwalk Empire, John Givings in Revolutionary Road (the role that earned him his much-deserved Oscar nomination), Dundun in Jesus’ Son, or General Zod in Man of Steel — or even for his bit parts in Kangaroo Jack, Bad Boys II, and Jonah Hex — the role he’s playing is like a virus that infects Shannon until he has fully embodied the character. Sure, his intensity and distinct features will almost always make him “that guy,” and the roles are therefore de facto riffs on the same character. But this guy’s commitment to the believability of the words that come out of his mouth is unmatched.

I have a severe disdain for using “technical” jargon for anything having to do with “art” (yes, both of those belong in quotes), but Shannon has so internalized these words that the initial intent of the letter melts away. And after he bugs out his eyes and bellows to the camera, all we’re left to feel is (1) that we’re watching someone get genuinely irate, and (2) thankful that the person or people he’s mad at aren’t us.

Watch closely. Shannon’s so damn good that he allows his eyes to dart around the room while he’s talking — as if his anger is so unadorned, he needs to search for his next thought. These kind of acting choices harmonize with Bryan Safi and Danny Jelinek’s subdued direction. It’s a simple execution — say “Action!” and let Shannon go. It’s a single location, with one object (a glass of whiskey) to add some dramatic business, a dolly into a close-up, cover with a wide and other shots from alternate distances, and let Shannon’s emotion and pace dictate when and where to cut. Essentially, use the editing to emphasize the humor.

Kudos to them (by way of Funny or Die) for thinking of Shannon. But this is about Shannon. For being self-aware enough of his professional perception to take on this “role.” It shows not only that he’s not afraid to take the piss out of himself, but also that he has a sense of humor. Dude’s a pro — a “P”-“R”-“O.”