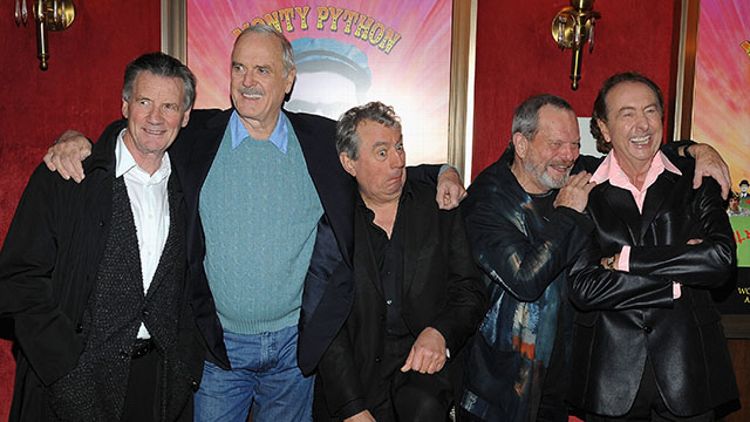 It’s a huge day for British news outlets and comedy lovers of a specific stripe: The five living members of Monty Python have announced a plan to reassemble. “We’re getting together and putting on a show — it’s real,” Terry Jones told the BBC. “I’m quite excited about it. I hope it makes us a lot of money. I hope to be able to pay off my mortgage!” Nothing thrills the fan base and inspires confidence like a little self-deprecation disguised as a cash grab — unless it’s the other way around. Jones will be accompanied by John Cleese, Eric Idle, Terry Gilliam, and Michael Palin, none of whom are Sirs/Knights. Their average age on this day is 71.4; their average age on Friday will be 71.6. The five last gathered at the Aspen Comedy Festival in 1998; it looked fun. There are no details on what the next reunion will look like.

The BBC notes that Monty Python’s Flying Circus, which ran from 1969 to 1974, “effectively threw away the rulebook of traditional sketch writing, dispensing with punchlines and allowing sketches to blend into each other or simply stop abruptly.” It then goes on to hash out the rest of the careers of every Monty Python member and use the term “hugely successful” three times, twice on Cleese. The Telegraph, meanwhile, came barreling out of the tent with the 10 best Python sketches, which is like hearing that Pink Floyd will reunite and immediately reciting all 43 minutes of The Dark Side of the Moon to an innocent bystander. The newspaper also renewed the timeless Python debate:

And there you have it — the reunion’s happening at the right time, if there ever even was a wrong time. There’ll be a press conference on Thursday, so stay tuned.