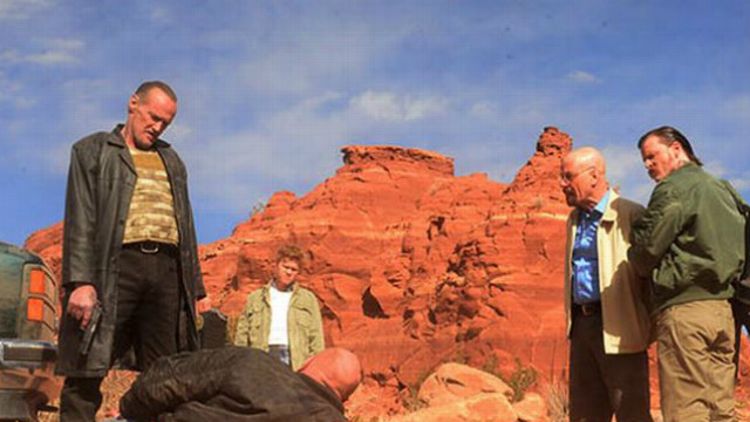 One of my favorite scenes ever in Breaking Bad comes about two-thirds of the way through the pilot episode. The scene begins with Walter White stepping out of his RV; his new partner, Jesse Pinkman, is nowhere to be seen. As Walt surveys the area, we see Jesse emerge from a lookout about 30 yards off atop a rugged, reddish rock formation. The two exchange an awkward wave and then some great dialogue. 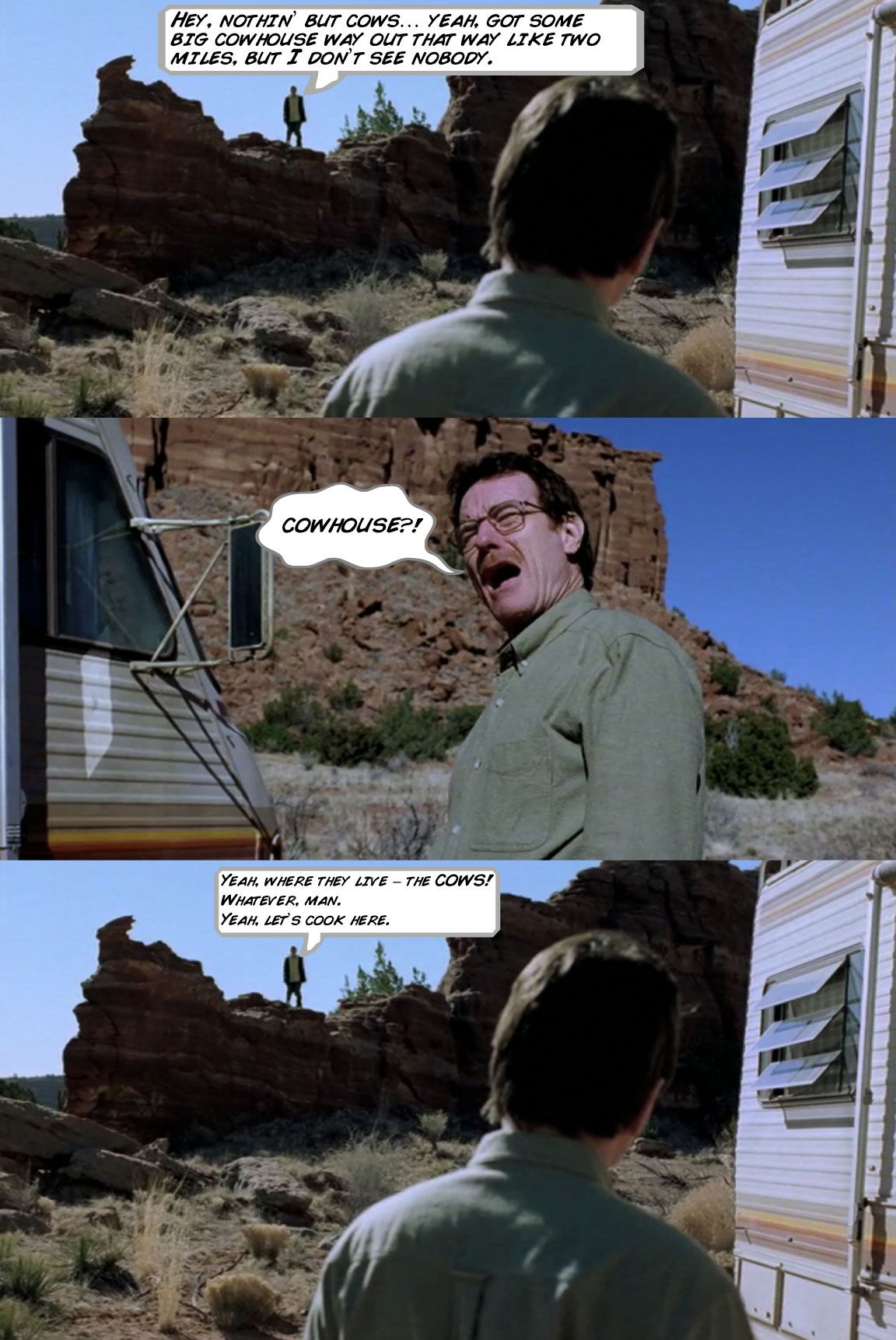 The scene not only helps develop that early tension between the chemistry teacher and his F student as they enter their criminal partnership, it also sets the table for that original cooking breakthrough and introduces the utility of the New Mexican landscape as a vital plot device. The Western wilderness provides a refuge for cooking, a place free from eyewitnesses, but also serves as a recurring threat: If your RV battery dies out there, you’re in trouble; if a bullet punctures your gas tank out there, you’re in trouble.

It seems natural that a beautiful television show about evil takes place amid the gorgeous yet brutal geology of the American Southwest. It’s the same visual grammar that plays so heavily in No Country for Old Men and countless Westerns; Walter White has gone bad within the same environs of Blood Meridian and Butch Cassidy and the Sundance Kid. There’s just something about that terrain that has led some of our best storytellers to this same region to tell their stories about good and bad.

In “Ozymandias,” Walt and Jesse find themselves back in this same spot under vastly different circumstances. The episode even begins with a callback to those early, awkward cooks in the RV. But this time, Walt and Jesse are not alone out there. There’s $80 million buried in that geology, and the murderous Nazis can smell it. 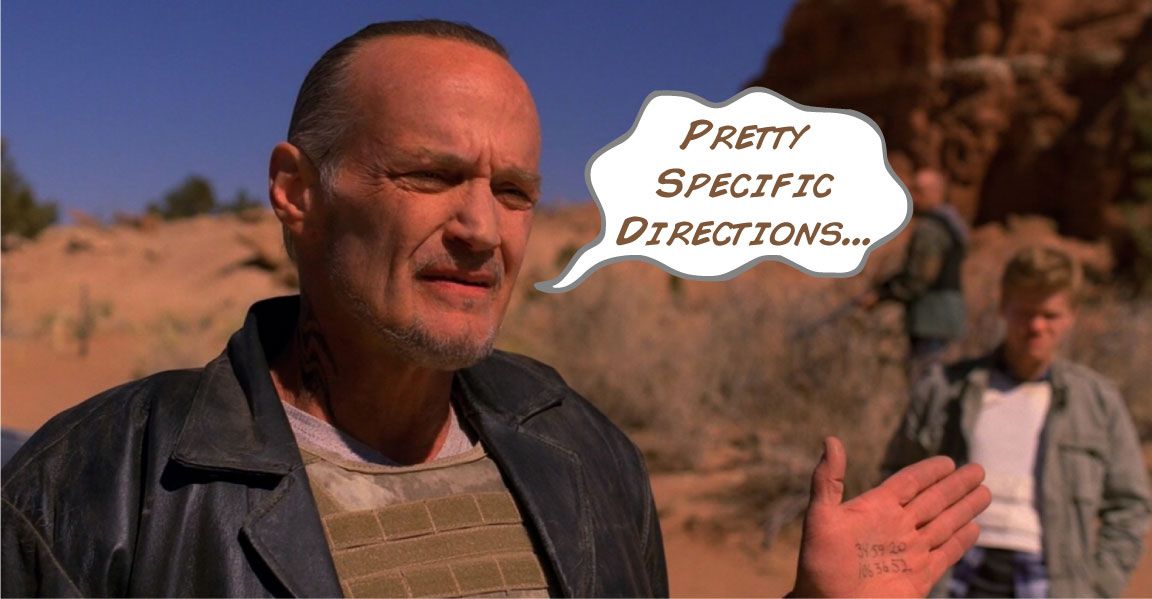 When Walt desperately called Todd and his uncle for salvation, he described his location in terms of latitude and longitude. He specified a location that was exactly 34 degrees 59 minutes and 20 seconds north of the equator and 106 degrees 36 minutes and 52 seconds west of the prime meridian. While his unusually precise description of his locale spared Walt from being arrested, it also led to some bigger issues. After the shootout, the Nazis use these precise coordinates to dig up his fortune.

“That fancy phone of yours, where does it say that is, exactly?” 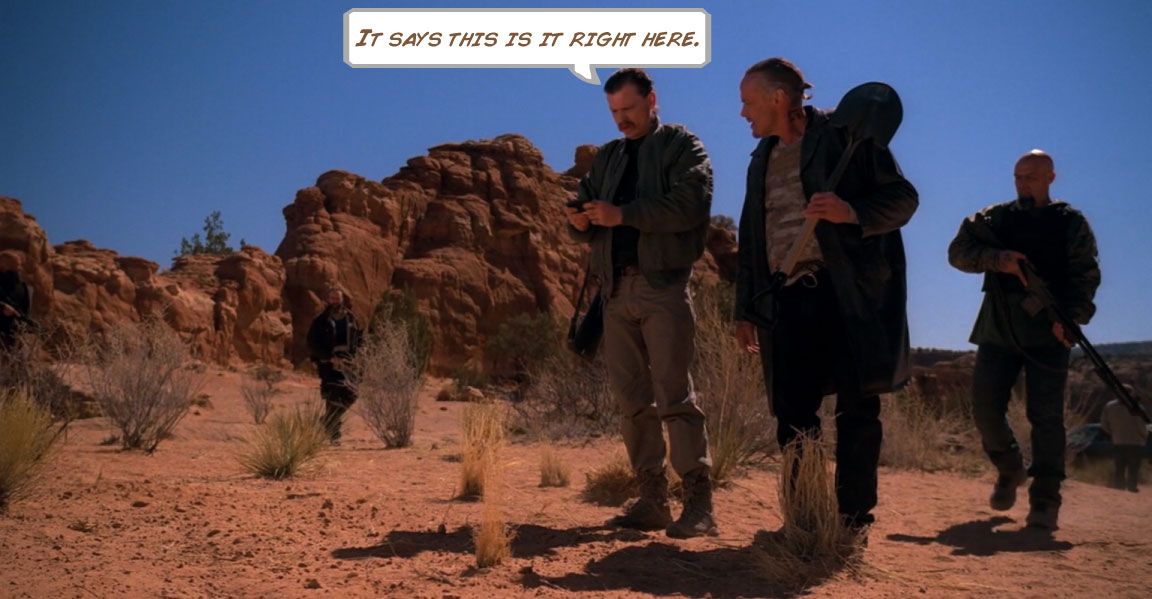 Now, I love Breaking Bad as much as anyone in the world — I’m firmly in the “best show ever” camp, but as a geography professor, something about this scene irked me: There’s nothing “exact” about those coordinates. In fact, in that part of the world such a description would describe only a vague area about 80 feet by 100 feet in size — a zone much larger than an NBA basketball court and a pretty big space to dig up. But the Nazis’ smartphone leads them right to the barrels, and as they immediately extract Walt’s fortune with that tiny little shovel, I found myself barking at the TV, “Come on, Gilligan, stop trolling the geographers!”

But as it turns out, he wasn’t just trolling geographers; he was trolling anyone dorky enough to plug that location into a search engine. Those coordinates aren’t even in the desert, but instead belong to Albuquerque Studios, which served as the show’s headquarters during its marvelous run. When you plug the coordinates into Google Maps, you get sent here: 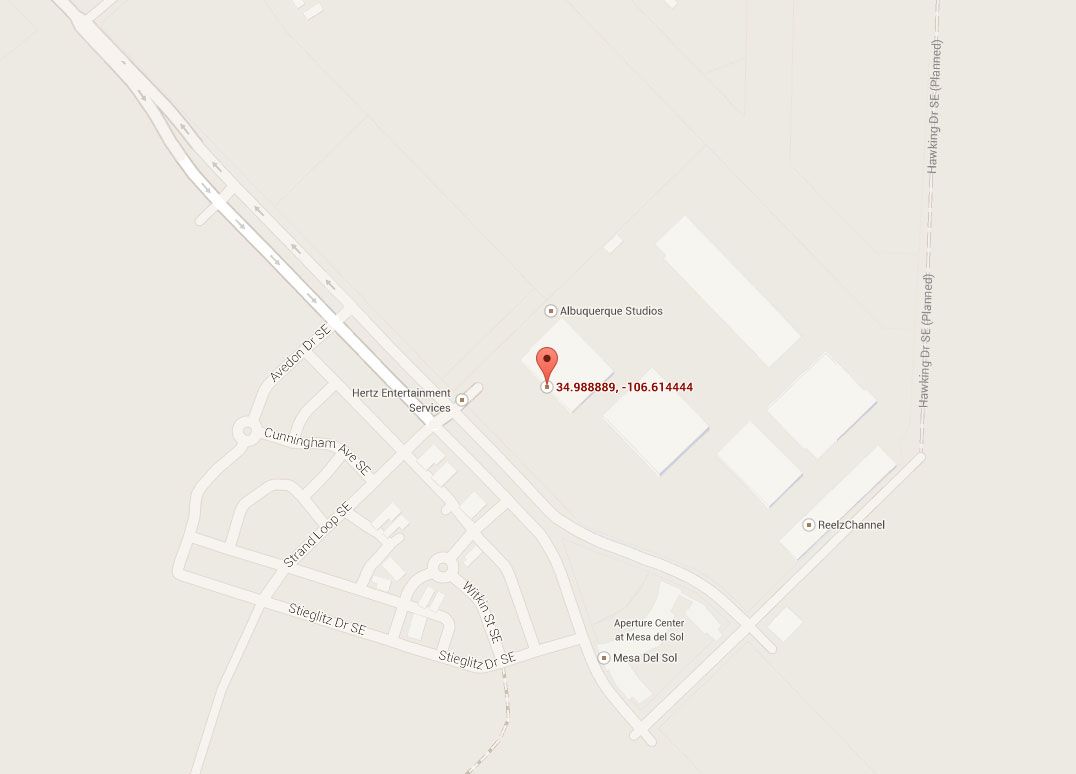 I like to think that this is somebody’s clever way of reminding us that we are watching a television show about a fictional world. It’s not a documentary. This show is incredible, but it doesn’t need analytics guys worrying about its plausibility. Just like Breaking Bad, suspension of disbelief is a wonderful thing.

Do You Like Prince Movies? Podcast: The Toronto International Film Festival and Arsenio Hall