Master P, His Wife, and the First Time I Saw Cocaine 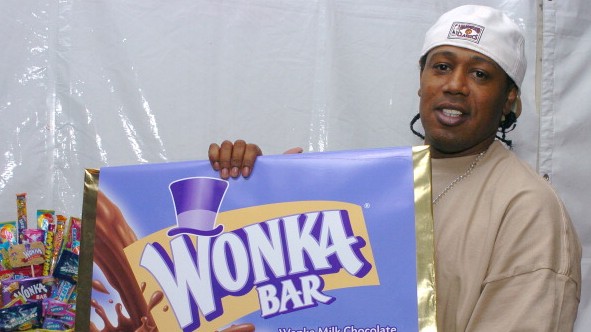 The very first time I saw cocaine in real true life was in the summer of 1996. I had just turned 15 years old. And, were I to take an broad view of the situation, it was because of Master P.

There was a news item the other day that made me think about all of this.

Shorthand of the situation: Master P and Sonya Miller, the woman he is married to but is not currently living with, have been publicly arguing over things. This appears to be at least in part because of genuine dislike, but I imagine a strong portion is a play to gain leverage in their upcoming divorce. Because Master P, for his odd taste in clothes and his sticky-looking eyelids, has amassed a fortune upward of $180 million (nobody has mentioned how much of that the gold No Limit tank accounts for).

P’s most recent claim is that Sonya has done drugs in front of their kids. This, Master P asserts, is truly disconcerting, and if it’s true, it really is a deplorable thing. But more than that — at least in the context of this particular discussion — it’s about a 1 billion percent ironic thing, given that (according to him) Master P’s whole entire everything in life emanated from the blackened residue of a crack spoon.

THE BACKGROUND: Master P had for sure been popular in the South for a time before his 1996 album Ice Cream Man made him a regional superstar, but I hadn’t bothered to pay much attention to him before then because I didn’t want to become a gangster until sometime shortly after the midway point of 1995. (Before that, I was mostly concerned with beating Battletoads on Sega Genesis, which is just a different way of saying that I was not a very good gangster, because, and this is not a thing that anybody tells you beforehand: Gangsters don’t play Battletoads.) Ice Cream Man, same as I’d eventually learn about all the tapes that preceded it in Master P’s discography, was basically all about either (a) selling drugs, or (b) the tentacles attached to selling drugs and drug culture.

THE COCAINE: I was hanging out at a girl’s house during summer break in 1996, trying to convince her that it would be a good idea if she took her shirt off (we were outside in her front yard, so this was an especially difficult argument). The area where I lived in San Antonio wasn’t that great. But the neighborhood where she stayed was a proper dump. Being over there at night was maybe the most treacherous thing of my whole life. I was always planning all my stuff so that I’d be out of there before the sun went down. It was like I was Will Smith in I Am Legend, except instead of zombies trying to kill me it was Mexicans, and instead of being tall and handsome and smart and muscular I was not.

But so we were there that day outside, and the house next to hers, it was just swaying from the music inside being played so loudly. The guy who lived there, an especially intimidating person named Aurelio, was (I’m assuming) in his room playing (what I know for certain was ) “Mr. Ice Cream Man” over and over and over again.

Aurelio and I, we had a commensal relationship. I knew who he was and respected him and was afraid of him, and in return he did not murder me. But the point is he knew who I was, or at least that I existed. So, when he happened outside not too much later in the day, I said hello to him. The street where the girl lived was a cul-de-sac. The house at the center of it had set up a basketball goal. I was shooting shots, trying to 3-point the girl’s shirt off because talking had not done it. He looked at me and nodded in response to my hello. (I’m pretty sure I’m just inserting the nod here; it’s more likely he ignored me completely.) I asked him if he wanted to shoot with me. He said no. Floundering, I asked him about Master P.

He didn’t “light up” necessarily (I don’t think he was born with the muscles normal humans have in their faces that allow them to smile), but he did appear to look slightly less carnivorous. He asked what I knew about Master P. I told him that I basically knew everything about him (a lie). He asked which song I liked the most. I told him, duh, it was “Mr. Ice Cream Man” (this was the truth, but only because it was the only one of his songs I knew by name). He asked me if I knew what it meant.

Now, almost all at once, in that flick of an instant, I realized that Master P was talking about drugs in “Mr. Ice Cream Man.” I mean, it wasn’t that I’d ever thought he was actually talking about real ice cream, it was just that up until that moment I wasn’t all that concerned with unraveling the song beyond thinking it was cool that he said he wore Girbauds because OH MY GOD I WORE GIRBAUDS TOO. Master P is a successful rapper and (I suppose you could argue that) he’s a good rapper, but he’s certainly not a sophisticated rapper. If you pay attention to “Mr. Ice Cream Man” for more than five seconds, it’s very clear what his mission statement is.

But so all of that happens in my head in a rush. And I look at Aurelio and say “Yeah. Drugs.”

And Aurelio, he didn’t say anything back. He didn’t say a single word. He just reached in his pocket (in my memory, he was wearing Dickies, but it’s also possible he was wearing basketball shorts with pockets) and pulled out a little bag. He held it up between his thumb and forefinger.

That was the first time I saw cocaine.

And the moment I realized I liked Master P.

The Visor and the Beret

‘Dawn of the Planet of the Apes’ Trailer: Caesar the Monkey-Rebel’s Oscar Campaign Begins!