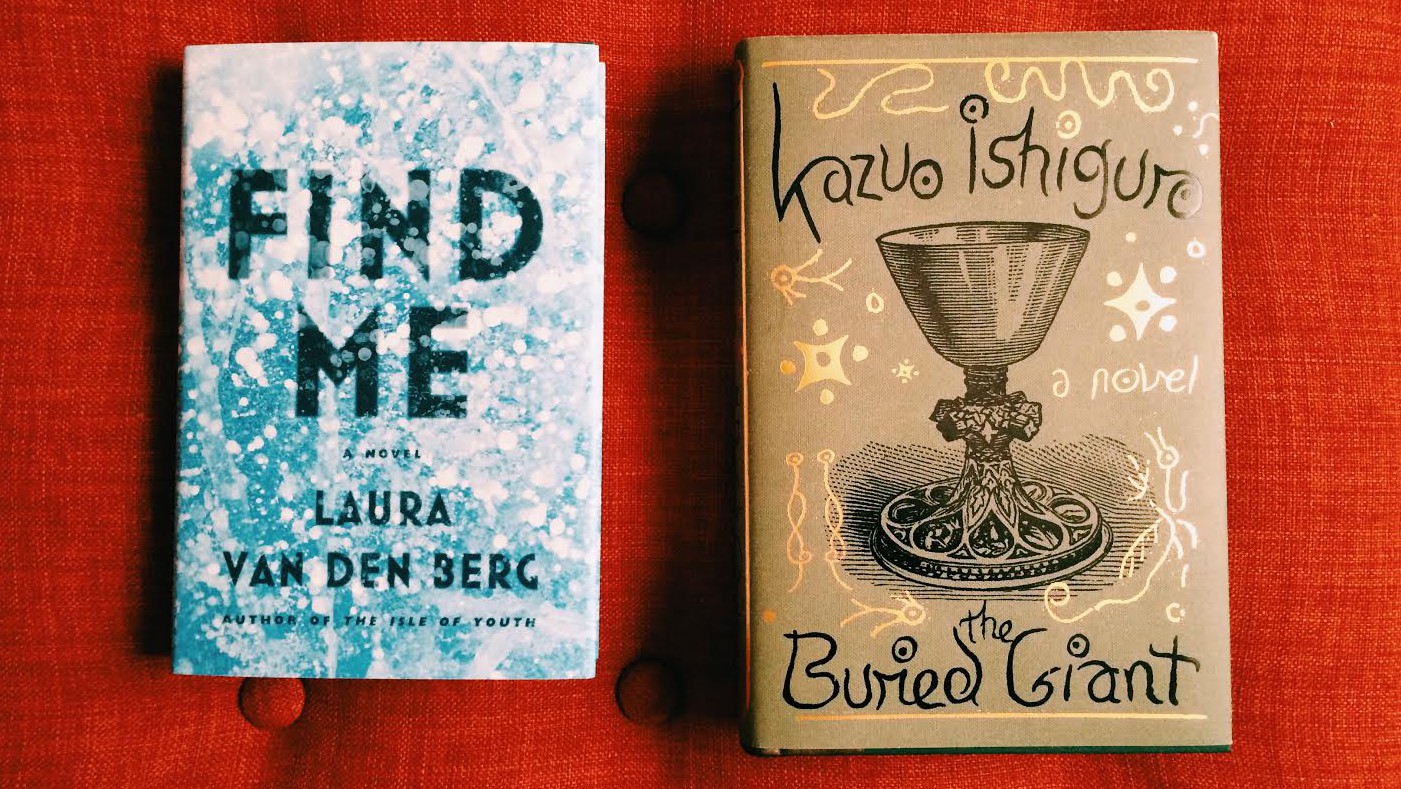 With 2013’s The Isle of Youth, Laura van den Berg penned one of the strongest short-story collections of the past decade. The book featured a cast of women harboring secrets — their interiors delicately excavated, even when those conflicts are buried as deep as bedrock.

Van den Berg’s talents translate to full-length fiction as well. Her debut novel, Find Me, follows Joy, a lonely 19-year-old who would fit in comfortably with the women of The Isle of Youth. Where the novel differentiates itself is its setting, which follows a recent trend of literary postapocalypses — Edan Lepucki’s California and Emily St. John Mandel’s Station Eleven from last year come immediately to mind. The end of the world here is a contagious disease that robs people of their memory before killing them. The symptoms of the sickness are peculiar: First patients develop silver blisters, “like fish scales.” Then they slowly lose their memory, until they suffer full-blown amnesia. “It is an epidemic of forgetting. That much is known,” van den Berg writes.

Joy is a cashier at a grocery store in Boston when the epidemic breaks out. She was abandoned by her mother as a child, and her life has been defined by the foster homes to which she’s been bounced around. Joy realizes she is immune from the disease, but how important is her memory when she has no one?

Joy’s immunity grants her access to a psychiatric hospital in Kansas run by a suspicious figure named Dr. Bek. None of the patients is allowed to leave. Their only connections to the outside world are the two times they are allowed to look at the Internet each week — time spent mostly looking at a list of people who have died from the epidemic on WeAreSorryForYourLoss.com.

This is perhaps the best evocation of the “hospital as prison” theme since Victor LaValle’s underrated horror novel The Devil in Silver. Van den Berg’s control of mood and atmosphere is perfectly measured, establishing a haunting balance of claustrophobia and paranoia within the walls of Dr. Bek’s facility. The novel moves quietly, then occasionally stuns the reader with lines like this: “In the hallway a patient screams and it takes me a second to realize the screaming person is me.”

Still, at times van den Berg’s precision doesn’t quite scale entirely to the length of a novel, even a short one like Find Me. Narratively, it stutters a bit, particularly in the second act, when Joy escapes the facility and heads to Florida to search for her mother. But on the whole, Find Me succeeds best in tone and temperature — imbued with a kind of melancholy that is hard to deny.

Kazuo Ishiguro’s newest novel, The Buried Giant, is also preoccupied with the meaning of memory. Like van den Berg, Ishiguro has put a literary spin on a genre setting, though here it’s a medieval Arthurian landscape — one that likely resembles sixth-century England — where a mysterious fog has washed over the rural countryside, robbing the recently warring Britons and Saxons of their memories. Axl and Beatrice set out to uncover the source of the fog, find their son (they’ve forgotten where he is), and free the land of its collective amnesia.

The Buried Giant has the pretenses of a fantastical quest and the construction of an adventure — we meet a number of colorful characters, including Sir Gawain, a name that will be recognizable to those versed in Arthurian lore. These are quickly inverted. For one, the main characters, Axl and Beatrice, are not young heroes; they are elderly, and perhaps a little delusional from age. From the beginning, we get the sense that their quest is a bit of a fool’s errand.

There is also the sense of dread that permeates the novel. Axl declares somewhat poetically, “Perhaps God’s so deeply ashamed of us, of something we did, that he’s wishing himself to forget.” Like Find Me, this is a novel about mood, and a somber one at that. Ishiguro is best known for The Remains of the Day, but The Buried Giant is most similar to his last book, the excellent Never Let Me Go. The same elegiac qualities that permeated Never Let Me Go can be found here, wrapped around an inevitably tragic love story.

It doesn’t take long for Axl to discover that the source of the fog is a she-dragon named Querig, and he begins to wrestle with the consequences of people’s memories returning. He pleads with Beatrice:

Should memories return, and among them of times I disappointed you. Or yet of dark deeds I may once have done to make you look at me and see no longer the man you do now. Promise me this at least. Promise, princess, you’ll not forget what you feel in your heart for me at this moment … Promise to keep what you feel for me this moment always in your heart, no matter what you see once the mist’s gone.

This moment encapsulates The Buried Giant’s best idea: Though memory captures the past, it’s inseparable from the future. Beatrice swears to love him, despite what the return of her memory might reveal.

The plot gets tangled in the best way. New characters appear, betray each other, and reveal ulterior motives. When the fog finally lifts, we discover a devastating truth — one I can’t spoil, but one I can promise will stun you. The ending also makes clear that Ishiguro is one of the most patient and shrewd authors writing today. The Buried Giant triumphs within its genre conventions — and, at the same time, outside of them.

Reading Find Me and The Buried Giant side by side reveals that Ishiguro has a fuller grasp of narrative. But this is his seventh novel and only van den Berg’s first. Both have written books that have explored the depths of memory in ways that will be hard to forget.

‘Hollywood Prospectus Podcast’: ‘House of Cards’ and ‘The Slap’

Cat-tastic: A Trip to the Glendale Cat Show