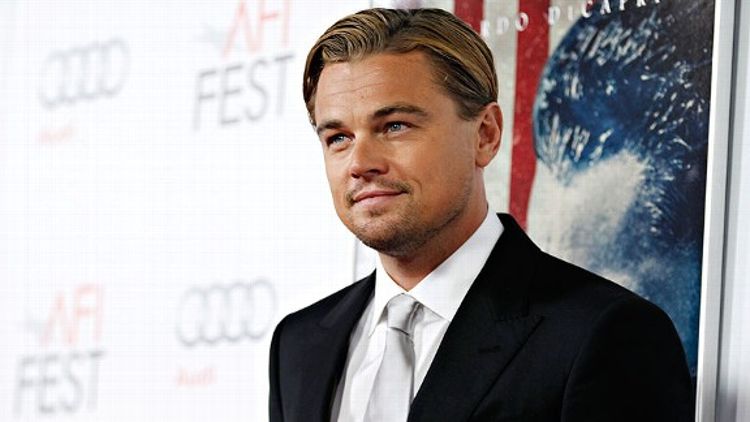 A Good Day to Die Hard

Leonardo DiCaprio and Sean Penn are in talks for Alejandro Gonzalez Inarritu’s The Revenant. DiCaprio would play an 1820s frontiersman who, after being mauled by a bear on an expedition, hires two guys to transport him back from the wilderness; those two guys rob him and leave him for dead, and DiCaprio seeks out some solid revenge. Penn is in talks to play one of the two guys and being the ever-innovative thespian that he is, though, he’s also looking into what it would take to play the bear. Grade: A- [Deadline]

A Good Day to Die Hard, the fifth Die Hard installment, has settled on four contenders for the role of Bruce Willis’s son: The Hunger Games’ Liam Hemsworth, Rubicon’s James Badge Dale, Breaking Bad’s Aaron Paul, and G.I. Joe 2: Retaliation’s D.J. Cotrona. Obviously we are rooting for Aaron Paul to land the role, if only for the off chance we’d get to hear him say something along the lines of “Yo! Mr. McClane!” Grade: B [Deadline]

Benicio Del Toro is on board to play the villain in J.J. Abrams‘s Star Trek sequel, a role so secretive that supposedly not even Del Toro knows its details. When reached for comment, Abrams explained that withholding information “was the only way I could get Benicio to play the psychotic owner of an intergalactic cupcake shop hellbent on … ah, crap.” Grade: A [Showblitz]

Scott Rudin, who recently optioned Jonathan Franzen’s Freedom and Karen Russell’s Swamplandia!, has added another title to his arsenal: using his own money, he’s purchased film rights for Jeffrey Eugenides‘s new book The Marriage Plot, which revolves around a love triangle between three Brown graduates. At this point it’s practically part of the package: write a hit book, get Scott Rudin to give you money for it. Grade: B+ [Deadline]

Miley Cyrus will voice the character of Mavis, Dracula’s teenage daughter, in Hotel Transylvania, the animated comedy also featuring Adam Sandler as the voice of hotel-manager Dracula and Andy Samberg as the human who accidentally discovers the hotel. So does that mean a relationship between Samberg and Cyrus is on the table? Even animated, that is going to be weird. Grade: C [Deadline]

Rise of the Planet of the Apes director Rupert Wyatt is attached to Longondgrad, a spy thriller based on the story of Alexander Litvinenko, the former KGB officer who was poisoned in 2006 and blamed the Russians before his death. Michael Fassbender is in talks for the role of Litivinenko. No monkey revolutions — but, okay, sure, this sounds promising. Grade: A [Showblitz]

See all A Good Day to Die Hard