Late Pass: The Agony and the Ecstasy of ‘Vanderpump Rules’ 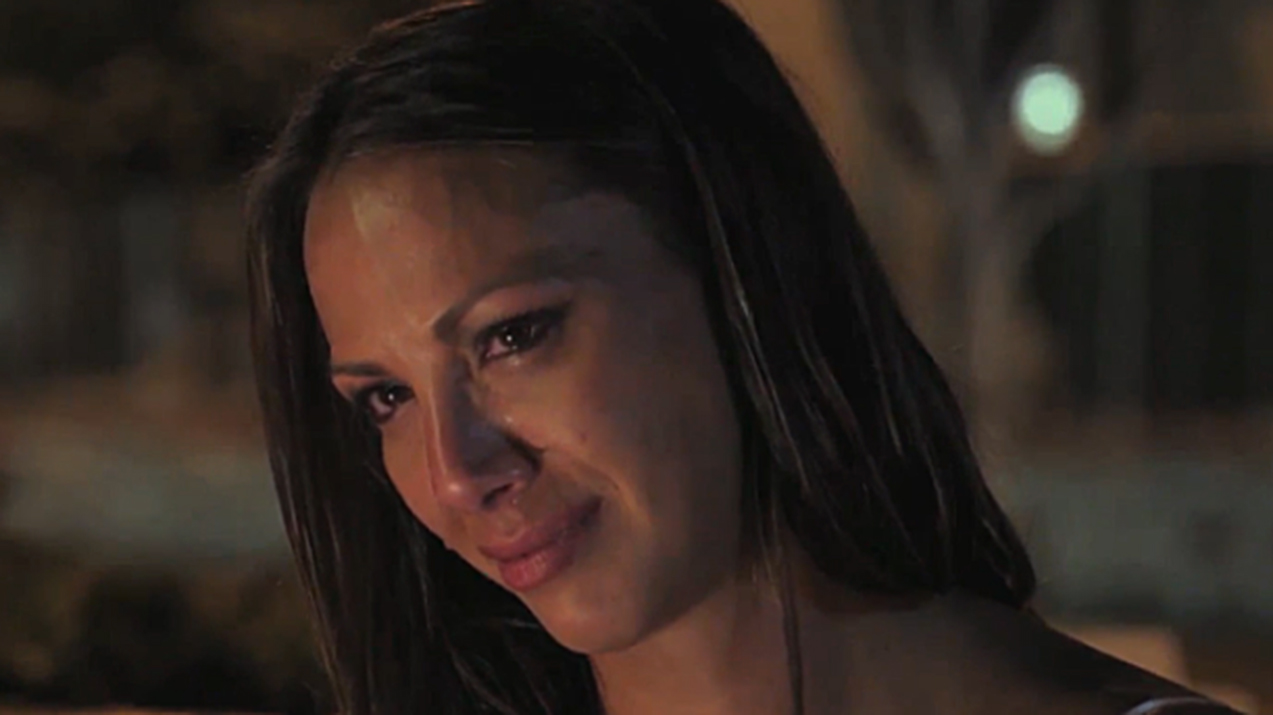 Vanderpump Rules is a window into a life of trifling ease and casual sun-drenched fuckery the likes of which I will never experience. It is a life where a busboy/dishwasher can somehow afford a BMW; where friends go about attempting to break up one another’s romantic relationships with the kind of tireless dedication and planning you’d expect from the Navy SEALs; where a person can say, without a hint of irony, of the guests at her birthday party, “I literally want to come at them and chop their faces and hide them in the walls.”

It is my favorite show on television right now.

I am a person who assiduously tries to avoid conflict. This, I think, is a product of growing up in and around New York City, where tales of people getting stabbed for cutting the halal cart line are not uncommon. And yet I love watching people fight. Not, like, boxing — though that’s fine, as entertainment goes. But in actuality, a boxing match demonstrates about as much of the human fight-or-flight response as the 100-meter breaststroke demonstrates about drowning.

What I like are reality-show fights. From an argument to a scuffle to the rare, full-on donnybrook — the great thing about reality-show dustups is that they take place in something resembling a social setting — at parties, in bars, around the pool during a barbecue, in the living room. These are places I’m familiar with. And each reality-show fight is full of lessons I can apply to my own life.

Vanderpump Rules follows the exploits of a group of people who work, or used to work, at the Los Angeles eateries Sur, Villa Blanca, and the newly opened Pump. If you missed Seasons 1 and 2 and are worried about not knowing what’s going on, fret not. I’m here to give you a late pass.

A former server at Sur, Stassi is currently an unemployed fashion blogger, dabbling in designing $39.99 statement necklaces. Stassi is always complaining that people think she lives off her parents’ money. This is because she has no visible means of supporting herself, lives in a swank West L.A. condo, and drives a luxury automobile. Stassi is prone to violent outbursts and is the author of my favorite moment from Season 1, when she said to her ex-boyfriend Jax, “I normally would’ve literally ran across that float with daggers, and not only stabbed you both like 40 times, but thrown you off, tarred and feathered you, beheaded you, and then quartered your bodies and then dragged them through the cities of west L.A. on a disgusting truck.” She’s the Cormac McCarthy of nepotistic unhinged venom.

A bartender at Sur and a model, Jax is primarily notable for being the type of dude who would engage in full coitus with just about any human being who is drawing breath, regardless of any relevant relationship status concerns. Jax spent most of the third season denying that he had sex in a bathroom with a person referred to only as “the most bootleg chick in San Diego” and recovering from a nose job.

Pronounced Shee-nah. Scheana is an aspiring singer whose voice sounds like the talons of a vulture scraping the scree of a mountainside while trying to pick up the corpse of a bloated weasel. AutoTune has a better chance of solving the Israeli-Palestinian conflict than fixing the intonation of her voice. She has an incredible ability to communicate elite-level bitchery simply by blinking her eyes and moving her head and neck in the manner of a barn owl. For instance, watch her reaction to Stassi saying, “I’m not sure what I’ve done to you, but I’ll take a pinot grigio.”

Tom is a struggling actor and bartender at Sur. Last season, Jax had sex with Tom’s now-ex-girlfriend Kristen, on Tom’s couch, while Tom slept nearby. In keeping with the Vanderpump dudes’ “bros before hos” ethos, Tom and Jax are totally cool now, because they worked a few bar shifts together. This, after a bloody brawl in Season 2, during which Tom sucker-punched Jax directly on his anvil-like forehead. Tom is now dating the luminous and genuinely nice-seeming Ariana, another bartender at Sur. Tom and Ariana’s relationship, with only low-key unproven rumors of infidelity swirling around it, represents the closest thing the show has to true love. Tom keeps his apartment in a constant state of possibly dangerous filthiness and is prone to bouts of hysterical weeping, especially where his ex-girlfriend Kristen is concerned.

The unquestioned villain of Season 3, Kristen, as mentioned, cheated on Sandoval with Jax. Still fixated on her ex, she spends the entire season on a quixotic mission to break up Tom and Ariana by doing stuff like showing up at Tom’s apartment in a low-cut party dress to “pick up her mail,” despite having moved out six months before, and by being in a relationship with James the British Busboy. After getting wind of rumors that Tom may have cheated on Ariana, Kristen tracks the woman down and convinces her, like a relationship suicide bomber, to fly to Los Angeles so she can walk her into Sur while Tom and Ariana are both working.

The emotional high point of the season was when Tom — attempting to stop Kristen’s passive-aggressive bullying of Ariana — apologizes to Kristen for their relationship not working out, while weeping unabashedly as if he were Toni Collette at the end of The Sixth Sense. Like a conqueror gazing upon the ruins of the city she just sacked, Kristen flashed a look of utter victory that chilled me to the marrow.

Another part-time model, Schwartz is bros with Jax and Sandoval, and has been dating Sur server Katie since Season 1. This season, after vigorous denials, Tom admitted to Katie that he did in fact hook up with that girl, but, like, he was so drunk he can’t even remember it and anyway he’s crazy about Katie.

Concerned that she and Tom no longer have sex, she suggested that they see a relationship counselor. She seems like a nice person. 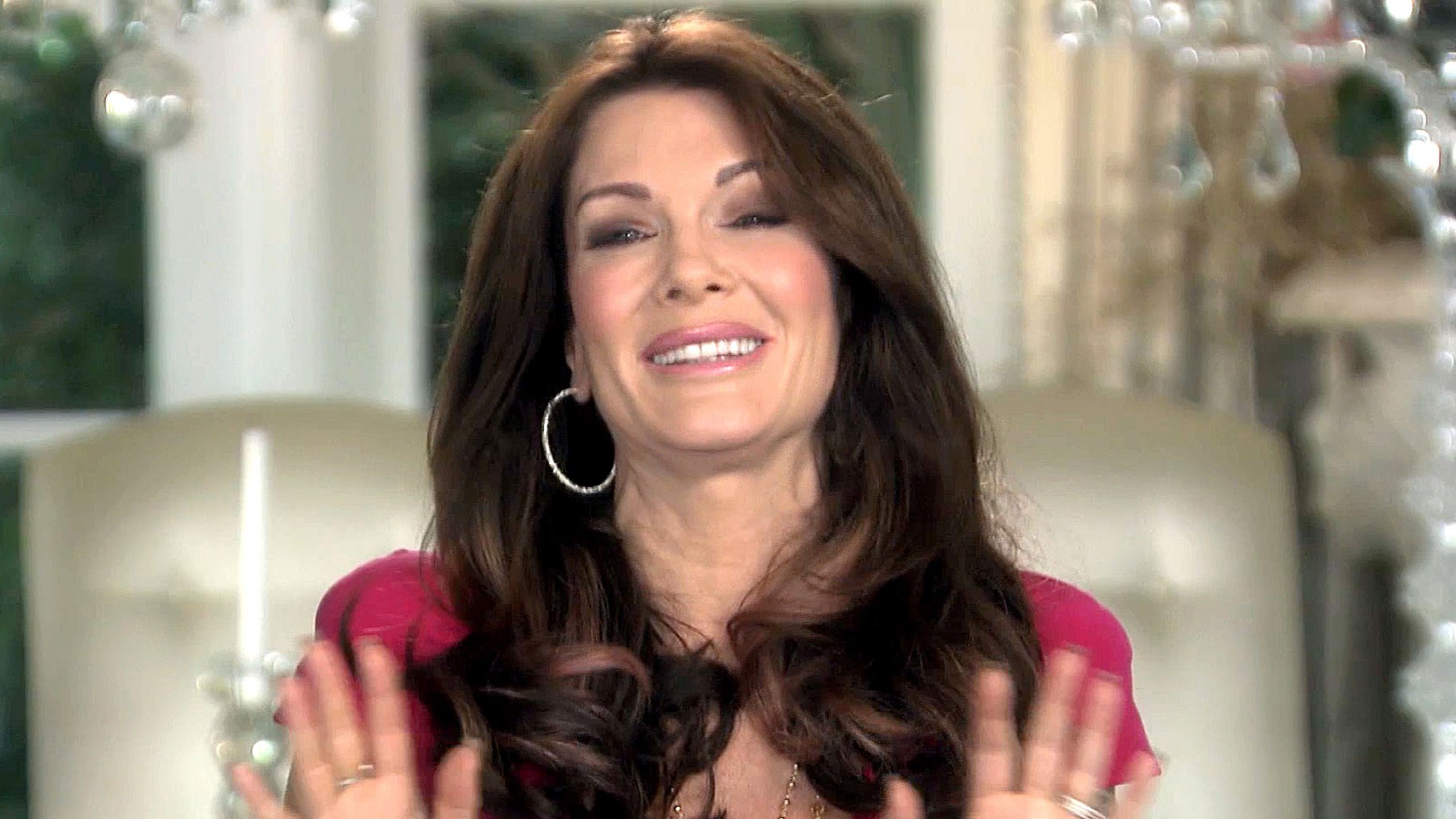 Floating above the fray like a benign queen is Lisa Vanderpump, cast member of The Real Housewives of Beverly Hills and proprietor of Sur and Villa Blanca. Lisa really only appears when the interpersonal maelstrom created by her employees threatens to affect her businesses, and she ladles out discipline with a stern but motherly hand.

A DJ and producer currently providing fire beats for Scheana’s music career from his bedroom, James is dating Kristen, and he was on the receiving end of one of the most satisfying reality-show punches ever. 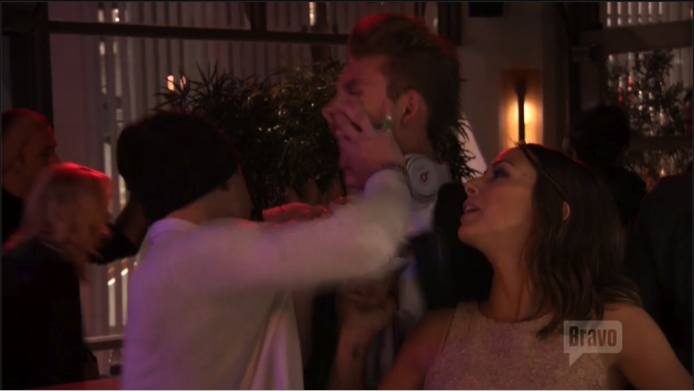 This week’s episode is the perfect place to jump in for the uninitiated. It’s a veritable candy-coated late pass unto itself. In the words of Stefon, it has everything, including a wildly entertaining fight — the circumstances of which I will now attempt to describe.

As ever, Kristen is the instigator. She’s been stalking Tom Sandoval through Instagram, which is how she made contact with the now-notorious alleged hookup known as Miami Girl. Miami Girl claims she had period sex with Tom and goes on to describe his junk with such a level of detail that it leads Kristen to believe the story must be true. So, always seeking to break up Tom and Ariana, she starts spreading the tale.

Later, at Scheana’s birthday party, Tom, in an attempt to clear the air regarding the Miami Girl rumors, asks Kristen if she’d like to step outside to talk. This draws James the Busboy’s attention, since he is, ostensibly, Kristen’s boyfriend and not just a douche who wants to stay on a reality show. Tom tells James to “Go take a beemer selfie,” a reference to James the Busboy’s frequent expressions of narcissistic pride in his German-made whip. James shoots back, “How about you take a Honda Civic selfie, mate.” Which is just uncalled for. I mean, the Honda Civic is a fine automobile that retains its value as well as any car in its class. It’s then that Tom punches James in the face, chaos unfurls its ragged cloak, and Scheana screams, “Why is there glass in my foot right now?”

This was followed by Tom recording an unhinged, “Leave Britney alone”–esque video apology to Scheana for ruining her birthday party.

It’s OK to jump in late.