Late Pass: Catching Up With ‘Lilyhammer,’ a Show That Still Exists 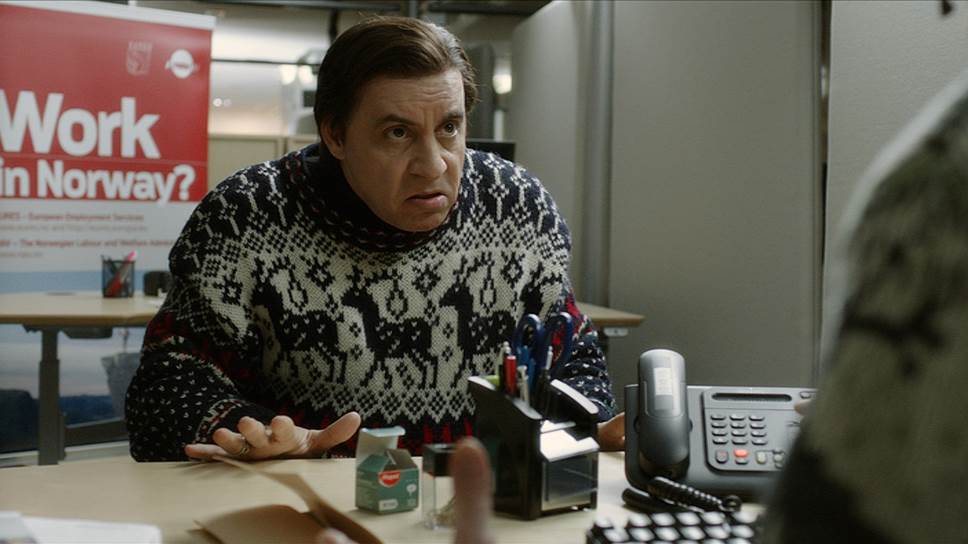 Life comes at you pretty fast, we know. There’s so much pop culture there these days, not everyone can be expected to be fully caught up on every show, every film, every album, all at once, all the time. This is Late Pass, a space for Grantland writers to go when they are just a little bit late to the party.

“No matter how you plan your life,” Steven Van Zandt told Men’s Journal this fall, “I find that your destiny walks in the back door. You’re looking one way, it comes at you the other way.” Van Zandt was an unsuspecting E Street Band guitarist and childhood pal of Bruce Springsteen when he got tapped on the shoulder to pretty please be in The Sopranos. He was a music producer visiting a few acts out in Norway when he was approached by a husband and wife with an oddball subtitled television idea.

And when that show, Lilyhammer, debuted on Netflix in 2012, Van Zandt had the lead role in the first original series to be streamed by the evolving brand. “You work for a year, year and a half on these things, and it’s gone, it’s completely absorbed within days,” he marveled of the newfangled watch-and-binge television cycle. The Hollywood Reporter called the show “an odd little series with potential,” and this past November, Netflix released a third season. Which leads to a lot of questions. Like:

WHAT IS IT? A classic fish-out-of-water story starring Van Zandt as a New York mobster secreted away to Norway as part of a witness protection program. (He requests the location himself: Beach destinations carry too much risk of skin cancer, and he remembers Lillehammer looking quite lovely in the 1994 Winter Olympics on TV.) Deadpan-hilarity-meets-murder-mystery ensues.

WHAT DO YOU NEED TO KNOW? Created by Norwegian couple Anne Bjørnstad and Eilif Skodvin, the show distinguishes itself with the specificity of its depiction of Norway, a country where basic societal benefits are exceedingly generous and the price of groceries could bankrupt a foreigner.

Van Zandt, as Frank “The Fixer” Tagliano, finds himself hitting low-level bureaucratic roadblocks and meeting memorable characters early and often as he tries to navigate his new life as Giovanni Henriksen (or “Johnny”). Dialogue is frequently in Norwegian or broken English. The characters and scenes are playful but self-deprecating. Oslo is referred to as if it is some combination of Oz, New York City, and Mordor. The stark scenery and the colorful knit Nordic sweaters are to die for. Oh, and some characters actually do, you know, die.

HOW DID BRUCE SPRINGSTEEN’S GUITARIST BECOME A SMALL-SCREEN STAR? When you’ve lived a life like Van Zandt’s, the chances that fall into your lap are of fairly elite caliber. In 1997, he appeared onstage at a Rock and Roll Hall of Fame induction ceremony draped in a giant velvety coat and with upholstery on his head, to introduce Jersey soul band the Rascals. (He had first seen the band as a tween some 30 years earlier at a roller rink in New Jersey with his buddy Bruce.) His winking speech included well-received assertions of the supremacy of New Jersey, jokes about Italians, even a wardrobe reveal.

Somewhere out there in TV-land, David Chase watched the VH1 broadcast and was taken by Van Zandt’s stories and his charisma. He invited the E Street Band guitarist to try out for a role he was casting, an Everyman mobster named Tony Soprano. Van Zandt had never acted before, and ultimately the part went to James Gandolfini. Van Zandt was tapped to play Silvio Dante instead.

HOW DID SILVIO DANTE END UP IN NORWAY? Music has long brought people together,1 but Van Zandt has always particularly loved pursuing new connections. He runs two Sirius radio channels. He jams with kids. He’s hit the coveted sinecure of big-time music producer. He wears pirate-style do-rags on the regular. After touring in Norway with the E Street Band, he told the A.V. Club, he “started telling everybody to go … I told Bruce to go, I told Bon Jovi to go.”

His involvement in Lilyhammer came post-Sopranos, when he was back in Norway to work with some bands and took a meeting with Bjørnstad and Skodvin. He then took them up on their offer to star, but demanded more creative control over the program, which he then used to ensure the series was more Norwegian and obscure, not less.

WHO WILL LOVE IT? I actually texted my dad telling him to watch the show. Others who may find it to their liking include: anyone looking for a blend of Fargo, Northern Exposure, Jane the Virgin, Weeds, and/or Top of the Lake … those who enjoy watching the bumbling but well-appointed misfortunes of resort-developing attorneys named Julius … lovers of ski sweaters and punks from Oslo … anyone who has ever partied with a Norwegian … people who want to mute the volume and just stare at the sweeping shots of Norway as the seasons change.

WHAT SHOULD YOU WATCH WHEN YOU’RE DONE? For me, it’ll be a little show Van Zandt also starred in called The Sopranos, which [lowers voice to a whisper] I still haven’t seen. Just like Van Zandt said, no matter how you plan your life, destiny walks in the back door.

‘The Juliet Show’: Carles on Internet Culture and the Death of Indie