Justin Timberlake's The 20/20 Experience 2 of 2: JT's Back, Again, Just Like the Last Time 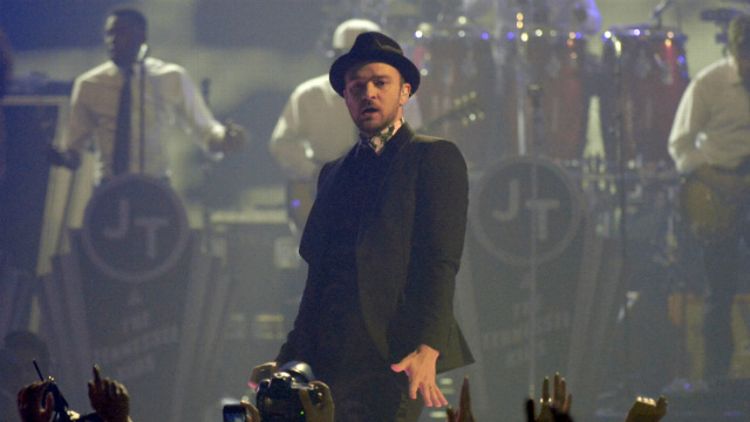 You’d have to be foolish to argue that 2013 hasn’t been an incredibly successful year for Justin Timberlake. His first new album since 2006, The 20/20 Experience, is the year’s best-selling LP. That album’s most popular single, “Mirrors,” ranks among the most ubiquitous tracks on pop radio. Timberlake recently completed a summer tour of stadiums with Jay Z, and he’ll be back on the road this fall and winter for what should be another highly lucrative swing through North American arenas. In spite of a long hiatus (seven years) and his advanced age for a pop star (32), Timberlake has unquestionably reestablished himself as perhaps the strongest commercial brand in contemporary music.

And yet … is it possible to be wildly popular without being particularly loved? Let me put it another way: If I had told you a year ago that airwaves in the summer of ’13 would be dominated by two ’70s-style throwback dance jams featuring Pharrell Williams, surely you would’ve assumed that at least one of those songs would be by Timberlake. And, shockingly, you’d be wrong. JT is inarguably a huge star, but his music hasn’t really permeated the culture this year. The record industry expectations for The 20/20 Experience were so monumental that the album’s huge sales seem like the product of centrifugal force — it is the one record from 2013 that was simply too big to fail. Seven months on, it’s basically the album version of Iron Man 3.

Which means it’s only natural that this lumbering blockbuster has already spawned a sequel — though, if you want to be technical about it, The 20/20 Experience 2 of 2 was always supposed to be joined with its predecessor as a 150-minute, 21-song (plus a hidden bonus track) opus. Both albums do share a fair amount of thematic territory: the ridiculous “show business as a metaphor for sex” song “Cabaret” recalls the first album’s “Tunnel Vision”; the extended Thriller-inspired workout “True Blood” is reminiscent of the jammy “Let the Groove Get In”; the velvet-voiced balladry of “You Got It On” is cut from the same cloth as “Strawberry Bubblegum.”

But 2 of 2 also bears many of the hallmarks of the unnecessary (and arguably unwanted) big-budget Cineplex rehash, starting with that painfully unwieldy title. (Should we retroactively refer to the first 20/20 Experience as A New Hope?) 2 of 2 has been positioned as the requisite “dark” rejoinder to its more relationship-minded predecessor — on songs like “Drink You Away” and the excellent “Gimme What I Don’t Know (I Want),” Justin revels in bad booze and dirty sex over slashing guitars and elbow-greasy bass lines. Elsewhere, “Murder” likens lust to homicide and “True Blood” brings to mind the terrible HBO show about lesbian vampires. The idea (I think) is that 2 of 2 is supposed to be the (relatively) sleazy after-party to the gaudy gala that Timberlake hosted on 1 of 2. The vibe is looser, the dancing is dirtier, and the songs are a little more charged.

At least that’s what this record is supposed to be in theory. But as an actual listening experience, 2 of 2 has the same strengths and weaknesses as the original. Overall, the records are united by a progressive sensibility — immediate hooks are eschewed in favor of expansive soundscapes that (save for one song) run well past the five-minute mark. If you admired the first 20/20 Experience for being a lushly immersive headphone record, 2 of 2 will be similarly inviting. If you found the first album tiresome, this will be just as frustrating.

Unfortunately, I belong in the latter camp. I respect Timberlake for indulging his ambitions and creating the outsize prog-soul fantasia of his dreams. He’s one of the few artists with the means to hire brilliant (and expensive) studio musicians and record them in the world’s finest (and most expensive) studios, and he’s undoubtedly created music that almost always sounds tremendous. There’s no doubt he was fully committed to making these records precisely the way he heard them in his head. The concept and execution of the 20/20 albums isn’t the problem; it’s that this music emits the energy and sense of purpose of an immaculately preserved and impeccably packaged cadaver.

While listening to 2 of 2, I read Josh Eells’s fantastic (and frequently batshit) Miley Cyrus profile in Rolling Stone. I’ve resisted commenting on Miley before now — because there’s already plenty of people out there with smart things to say about her, and also because I didn’t want to add to the noise in the aftermath of the VMAs. But this story … man, it’s really something. Simultaneously listening to Timberlake and reading about a typical week in Cyrus’s life — which apparently consists of getting tattoos, jumping out of airplanes, and saying “motherfucker” constantly — will tell you pretty much everything you need to know about where pop music was in the recent past and where it’s going in the next 15 minutes.

At one point in Eells’s story — it occurs roughly at the midpoint between the part where Miley mocks her neighbor Steve Carell for getting upset about her reckless driving around his kids and the part where Miley enters an L.A. nightclub where Oompa Loompas descend from the ceiling to serve patrons their drinks — Cyrus makes one of the more profound statements about the current state of culture that I’ve heard. It occurs when Eells asks Cyrus about criticism that her VMA performance was racially insensitive. Not only does Cyrus not engage with the “minstrel show” argument levied against her, she acts as if Eells has just teleported from Mars and is attempting to articulate the intricacies of an outmoded form of interstellar decorum:

“I’m from one of the wealthiest counties in America,” she says. “I know what I am. But I also know what I like to listen to. Look at any 20-year-old white girl right now — that’s what they’re listening to at the club. It’s 2013. The gays are getting married, we’re all collaborating. I would never think about the color of my dancers, like, ‘Ooh, that might be controversial.’ What do you mean?” she says with a laugh. “Times are changing. I think there’s a generation or two left, and then it’s gonna be a whole new world.”

Cyrus isn’t merely talking about a “post-racial” fantasy here — she’s all-in on cultural post-stratification of any kind, whether it’s based on race, wealth, gender, age, sexual orientation, IQ points, etc. Even if those separations are still there (or if they’ll always be there), the idea is that in the media’s Internet age you can simply ignore them and fashion a world that conforms to your personal interests and desires and assume this reality is reality.

For those too young to remember, Justin Timberlake was once Miley Cyrus — a world-conquering teen idol attempting to traverse the treacherous path to grown-up stardom. Timberlake made the transition by associating himself with signifiers of quality: a well-tailored tuxedo, collaborations with the most respected artists in his field, and tasteful musical references to unassailable touchstones like Stevie Wonder and Michael Jackson. He was, first and foremost, a personification of elitism in the old, complimentary sense — a great pop star because he was always professional.

But contemporary pop recoils at elitism. The gap between high and low culture — the “experimental” and “intellectual” underground and the “crass” and “craven” mainstream — has never been narrower in popular music. Everything is now more or less equal; the difference between “good” and “bad” taste is now perceived to be almost completely irrelevant. Cyrus understands this, and flaunts it. She can make a music video for a song called “Wrecking Ball” in which she swings naked on a wrecking ball and call it art, knowing there is a closed-off community somewhere where that sentiment will be accepted as absolutely true and echoed in perpetuity.

This is the world that The 20/20 Experience records entered this year — not as harbingers of an exciting future but as a last hurrah for the fading generations that Cyrus references. Looking forward, Timberlake likely won’t release another record until his late 30s; his stature on the charts probably won’t get any better than it is now. (And it’s already diminished from his mid-’00s prime.) In light of this, Timberlake’s 20/20 albums sound like shrines to a pop era that has virtually disappeared. They were built in Timberlake’s customary style — with a lot of care, craft, and hard work. And now he’s entombed inside of them.