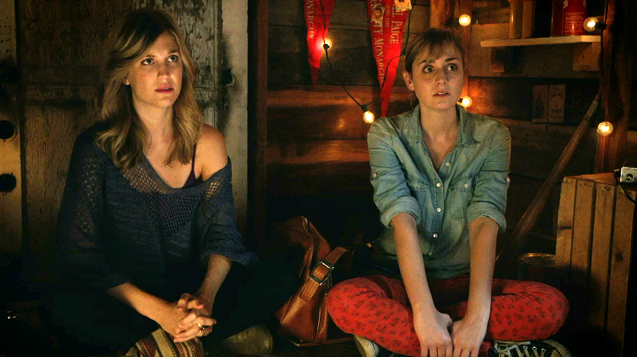 Say hello to the “It’s kind of like Broad City!” era.

In the wake of its successful first season, it’s easy to forget that Broad City was a lo-fi web series for years before it was picked up and transformed into a full-fledged television show. Now that the show has become one of Comedy Central’s crown jewels and Ilana Glazer and Abbi Jacobsen are on a path to stardom, we’re likely in for a new stage of comedic television: one that finds networks mining low-stakes YouTube shows for their next hit. And they’ll probably be on the lookout for shows that fall in line with Broad City’s familiar themes: millennial angst; the financial struggles of young, urban, creative types; twentysomething female friendships; stoner culture; and dating mishaps. And after Amy Poehler’s Broad City executive producer credit, co-signs from comedic celebrities probably won’t hurt, either. And wouldn’t you know — there’s a surplus of web shows that fit the bill, waiting to be bankrolled and shined up. Here are five to watch.

A graduate of Capitol Hill and former producer of political viral videos, polyglot entertainer Amy York Rubin recast herself as a hapless Los Angeles lesbian for a 2013 web series called Little Horribles. The show is about humiliation, but not slapstick humiliation for comedy’s sake; it mines the truly run-of-the-mill embarrassment of everyday life. Rubin plays a sane and approachable foil to familiar varieties of lunatic — blind dates who refuse to engage in conversation, coworkers who don’t understand office Gchat etiquette, simple-minded and/or self-important blowhards at parties. But she’s equally willing to play a familiar lunatic herself: She masturbates in Los Angeles traffic; she binge-eats in a hotel room on vacation while her family goes out and performs cheerful family activities. The show massages the line between feeling like a crazy person and feeling surrounded by crazy people in a really delightful way.

Little Horribles has a natural kinship with Broad City in both spirit and in form — the episodes are manageably short (generally under five minutes), focusing on single scenarios that could easily be expanded to Comedy Central episode lengths. And Ilana Glazer herself is featured in one installment of the show, as the aforementioned co-worker with Gchat problems. Rubin has also gotten a generous co-sign from Sarah Silverman, whose JASH network just inked a deal with Xbox for a variety show. (What does it mean for a show to be distributed through Xbox? Your guess is as good as mine.) Should Little Horribles go undeveloped, there’s a built-in contingency plan — Rubin’s production company, Barnacle Studios, is already broadcasting another series about the misadventures of a young actress.

If there’s one series that can be considered the critics’ darling of web shows, it’s High Maintenance. The episodes track the day-to-day of Ben Sinclair — who launched the show alongside his wife, ex–30 Rock casting agent Katja Blichfeld — on his adventures as an unassuming weed delivery guy in Brooklyn. Being a weed delivery guy in Brooklyn is never dull, even when it’s technically sort of dull (a lot can happen in those long stretches waiting around). Sinclair is effectively a fly on the wall in a new stranger’s apartment each episode, and he has the fortune and misfortune of witnessing all types of human behavior: bitchy, insufferable hipsters who punctuate every sentence with LITERALLY, a couple who pay for their tiny apartment by pulling in a freak show of subletters, a comedian (Hannibal Buress) in psychological turmoil after being shot at. Special factoid from the Hannibal episode: Women who sleep with a lot of comedians are called chucklefuckers.

This is a show with a bottomless well of characters to draw from — basically anyone who buys weed in a major city — so there’s bottomless potential for output. With a name like High Maintenance, the project could logically land somewhere like Adult Swim, but it has too much of a mumblecore approach to stoner culture for that network’s audience. Right now, the show is both widely celebrated and truly independent (it lives on Vimeo and appears not to have any outside money funneling in or celebrity co-signs pumping it up), which might make it a logical pick for a network like HBO. Think of the mini-run of the network’s recent Doll & Em … on weed. 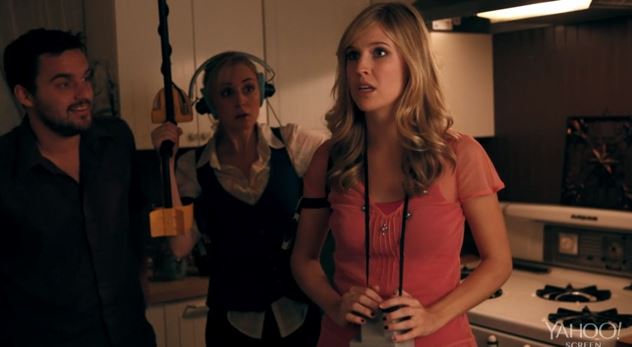 Created by Amanda Lund, Maria Blasucci, and Jeremy Konner (brother to Girls showrunner Jenni Konner), Ghost Ghirls feels like a sequel to Romy and Michelle’s High School Reunion wherein Romy and Michelle decide to start a ghost-hunting business. The paranormal stuff takes a backseat to the ditzy charm of Lund and Blasucci, who impressed Jack Black enough that he signed on as the show’s producer. Thanks to Black’s access to Hollywood resources, the show has professional polish and a ton of high-profile cameos: Molly Shannon, Larisa Oleynik, Natasha Leggero, Kumail Nanjiani, Val Kilmer, Dave Grohl (none of whom can really top the understated punch of the show’s stars). It currently lives on Yahoo’s platform, but the show would make for a perfect network comedy — Yahoo upstreaming the series would mean confessing to its TV-world irrelevance. Regardless, it’s a good stepping stone for Lund, who recently sold a comedy called Wunderland to Fox.

A web show is a logical launchpad for up-and-comers hoping to make the leap to real television. But it’s also a potential place for established stars to mess around with pet projects (i.e., Jerry Seinfeld’s Comedians in Cars Getting Coffee). Food Club, a new show from Aziz Ansari, Eric Wareheim, and Jason Woliner, treats itself like a parody of a food show — Lonely Island–style opening, shticky segues, a hammy premise that finds the trio presenting actual plaques to chefs and restaurateurs they deem worthy — but treats the food seriously. In Food Club’s first 15-minute episode, they eat bánh mì at a favorite hole in the wall, go to L.A.’s INK, and score entry to an exclusive underground supper club.

Food Club makes sense as a YouTube project — this show is also part of Silverman’s JASH network — but Ansari, a self-described foodie, is not one to pursue anything low-stakes at this point in his career. It wouldn’t be a surprise to see a more polished iteration of Food Club eventually land on Food Network or Netflix, which is home to Ansari’s latest comedy special.

Digital communication presents a real problem for TV and movies, though they’re increasingly essential to storytelling. So many shows are tinkering with new ways to incorporate smartphone correspondence into their plotlines. Local Attraction, a new Kickstarter-funded show from an actor named Connor Hines, tackles it from an entirely different angle, zooming in on face-to-face first dates between people who’ve met on Tinder. The episodes — only two so far — are about 20 minutes long and feel a little bit like In Treatment, if In Treatment were about a sociopath going on dates with a normal person instead of a sociopath talking in therapy with Gabriel Byrne. It’s still a bit rough around the edges, and tends to bring millennial stereotypes to cartoonish, self-referencing extremes (“You live in Brooklyn and you work at a blog. It’s kind of a cliché. I mean, do you hang out with the girls from Girls?” asks the nightmare date from Goldman Sachs), but it’s the type of premise audiences are eager to lap up. See: a Kickstarter that more than doubled its goal with over a month left to go.