Hollywood Prospectus Q&A: Actor Eric Ladin on How He’s in Every Show You Watch 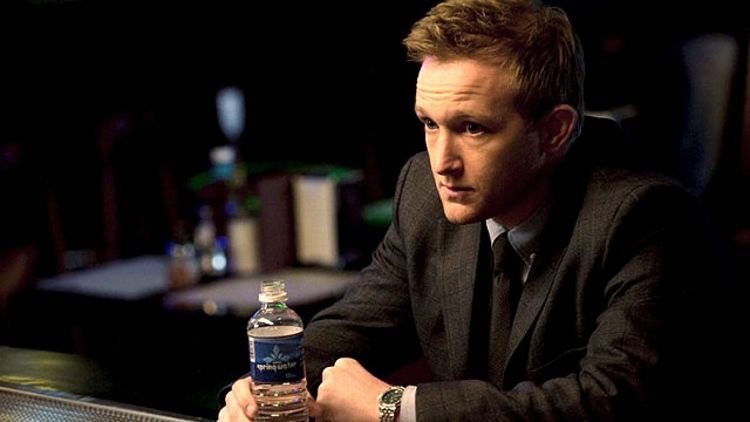 Eric Ladin has become a familiar face in the hallowed land of the Sunday Night Respectable Hour-Long Drama. He’s played for both the HBO and AMC teams, appearing on Generation Kill and Big Love, and more notably portraying Betty Draper’s younger brother on Mad Men and landing a supporting role on The Killing as itching-to-get-dirty campaign manager Jamie Wright. Then, on last Tuesday’s episode of Justified, Ladin popped up as a chucklehead Oxycontin addict who doesn’t understand the plea bargain process. And though — !SPOILER ALERT! — it’s unlikely he’ll appear on the show again (unless it’s a turn from beeeeeyooond the graaave), it just seems like this dude is everywhere. We got Ladin on the phone while he was up in Vancouver finishing the second season of The Killing, and though he won’t be appearing in the upcoming season of Mad Men, he did explain the hows and whys of developing a career as a television utility player.

It seems like you’ve been showing up in all the hour-long dramas that we pay attention to. How did your acting career progress to this point?

I’m glad I’m popping up on all these shows, but I do have a bone to pick with Simmons in regards to The Killing, because I read his stuff and I read his review of the finale of The Killing and I thought it was very … opinionated. I don’t know if you read that one.

Click here for all of our interviews with fascinating people from the worlds of sports and pop culture.
Anyway, I’ve been acting since I was a kid in Texas. I went to theater school at USC in Los Angeles and I’ve had a pretty steady progression. I wasn’t one of those actors that all of a sudden booked a big role and everything took off. I started in commercials, then I did some guest star work on some television shows and eventually got a gig on a pretty highly acclaimed HBO mini-series called Generation Kill. That leapfrogged into Mad Men and from that into Big Love. At that point, because my career was taking a turn toward cable shows, the kind of ones I like to watch, I started to be a little more picky about the stuff I wanted to do. Then the pilot for The Killing came along and I read it and that’s really all it took. I made sure I was going to be a part of it. During the hiatus from The Killing, I picked one or two shows that I really liked that I wanted to be on and fortunately Justified was kind enough to offer me a role.

How does that work if you’re already on a show as a regular cast member? Is it an issue if you want to do these one-off guest spots?

It’s a contractual thing. I have a certain number of other television jobs I can do, especially if they’re just one and done. If it gets into any serious arc, that’s something they have to work out with AMC, because I am under contract with them.

Were you disappointed that it wasn’t Raylan Givens who shot you?

I was a little.

Doing this episode of Justified did you and your team approach them or did they reach out to you?

They called me for it. I’m a fan, so it was something that interested me. I’m fortunate enough to be in a position where I’ve been in Los Angeles long enough to know a lot of casting directors and I’ve made a lot of relationships.

I once wrote an article after Mad Men’s third season about how basically any actress who appeared on that show that didn’t play Betty, Joan, or Peggy would then get picked up for a bigger role in a new show. Are there specific shows that casting agents scout, looking for talent to pull up through the system?

Your recent roles have been pretty diverse. In the past, did you find yourself getting called in mainly for one particular type of role?

At the beginning of my career I got called in for a lot of military roles. After Generation Kill that was even more prevalent. I’ve been told I have that “All-American look,” which is great and has served me well, but now I’ve made a point to try to do different things, whether it’s a skeezy Oxycontin pill addict on Justified or a not-so-straight-and-narrow campaign manager on The Killing.

Have you found it difficult to not get typecast but continue to make a living as a working actor?

It’s hard. I think you just have to make a conscious choice and obviously that’s not a choice for everybody. It’s not easy because it does require saying “no” to work and having the confidence that you will continue to work and other things will come your way. For an actor like myself who always said, “Yes, yes, yes,” to anything that came my way because I was just so excited to work, it’s a tough transition to make. You have to decide if you’re just working to work or if it’s the right choice for where you want your career to go.

Tell me about this Mudcats show you’re doing for the History Channel.

This thing is great. It follows these teams of mudcatters, which is the term for fishermen who fish a type of way called noodling, which is fishing for catfish with their hands. We’re talking 80-pound catfish. They stick their hands blindly in rocks or beaver dams or within rebar and hope that the fish will grab onto their arm, and while it’s biting them, they can feed a string through its gills. Then, on top of all that, they have to keep it alive, which usually takes putting it in some sort of aerated tank in the back of their pickup truck.

Are you narrating? Are you hosting it?

I’m just narrating it. Unfortunately I didn’t get to go down there and be with these guys, which at some point I’d love to do. I’m strictly voice-over, much like Pat Duke does for Swamp People, which is also on the History Channel.

Do you think it was the accent that got you the job?

I don’t know. I read for it a couple times. My voice-over career is starting to gain some momentum [Ladin recently voiced the main character of the video game Infamous 2], but this was the first narrating gig I did. I’m sure it was the hint of Southern twang that I put in that they knew their audience would relate to. I’m sure it didn’t hurt.

So do you modulate your twang depending on the role?

I do. This doesn’t have the Southern drawl that Chaffin had in Generation Kill, but it does have some Southern hospitality to it.

Eric Ducker is a writer and editor living in Los Angeles. Follow him on Twitter at @mrducker.

Hair Fetishes, Ritualistic Deaths, and Miranda Lambert: Which TV Procedurals Are Worth Your Time This Week?