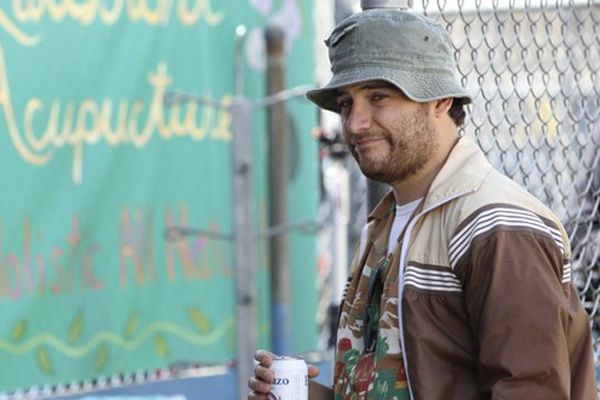 The Golden Globes are the one night a year when Hollywood stars are allowed to break free from the joyless, sweat-streaked struggle of their lives and really let loose. So it stands to reason that some of that celebrity good cheer should trickle down to the Hollywood Prospectus podcast, no? After a spirited discussion of Sunday night’s surprisingly entertaining ceremony — including talk of the winners (Jennifer Lawrence, Jessica Chastain, anyone at home watching Jennifer Lawrence and Jessica Chastain), losers (Steven Spielberg, Hillary Clinton’s husband), and WTFs (Jodie Foster’s ménage-à-hamster with BFFs Robert Downey Jr. and Mel Gibson) — Chris and I welcomed a star of our own in the form of Adam Pally, co-star of TV’s funniest sitcom, Happy Endings. Adam called in on his cell phone during a lunch break (he was presumably eating Greek yogurt, not wearing it) to explain why getting two new episodes of HE per week (on Tuesdays and Sundays) isn’t necessarily a bad thing. While we had him on the line, we also asked him about the dirty things the writers slip past the censors, how he’d behave in the E! hospitality tent, and what’s really going on with the Knicks.

Questions answered, Chris and I chopped it up a bit more on the subject of two welcome returns: Girls and Justin Timberlake. We ended with a conversation I had with singer/activist/cookie mogul John Legend about the latest 30 for 30 short, Ali: The Mission. Legend narrates the film, debuting tomorrow on Grantland, which is about a mostly forgotten humanitarian mission by Muhammad Ali to Iraq on the eve of the first Gulf War. Because I had him on the phone, I also had to ask John about his time in Hawaii with Kanye West and his time sharing the stage with a certain President of the United States. Lot going on this week! Big show! It’s enough to make even Tommy Lee Jones crack a smile.