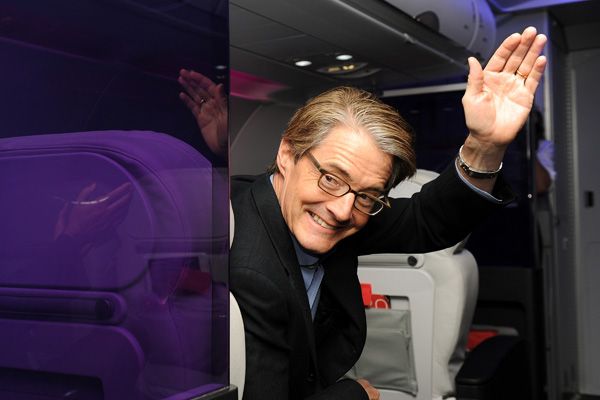 Let the record show: Kyle MacLachlan was not holding a small box of chocolate bunnies when he joined me in a Manhattan studio to record this podcast. (He was, however, drinking a damn fine cup of coffee, albeit one with cream and sugar.) In truth, MacLachlan has little in common with Special Agent Dale Cooper — his most iconic character — but is a friendly and fascinating figure just the same, game to discuss everything from his early days working in a Washington state lumber mill to his strange experiences fighting spice worms and Dennis Hopper with frequent collaborator David Lynch. We also touched on MacLachlan’s more recent pursuits, including his wacky stint as the mayor on Portlandia, his new role on CBS’s remarkably charming Made in Jersey (debuting Friday, September 28, at 9 p.m. EST) and his wonderfully named wine label, Pursued by Bear. I recently rewatched Twin Peaks — my first favorite television show — and found it had aged remarkably well. The same could certainly be said of its talented star.