Hey, Oprah: Maybe This Lindsay Show Isn’t Such a Great Idea? (Also: Buy Her Some Bras.) 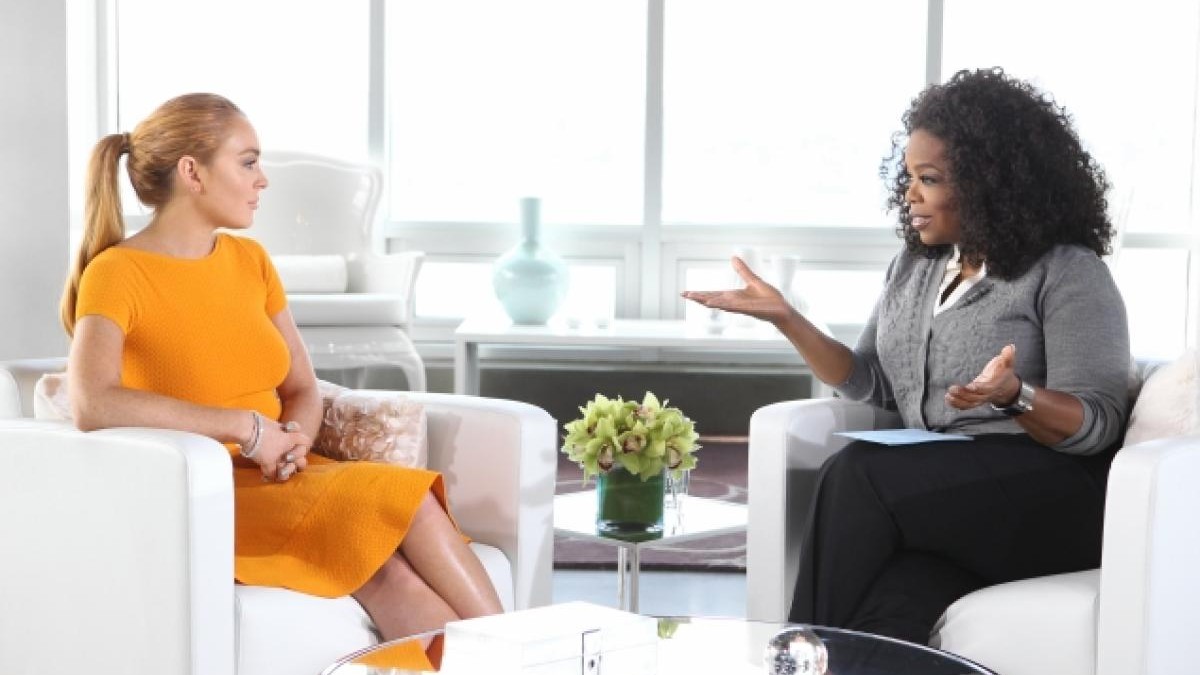 Editor’s note: The Sports Gal is married to our editor-in-chief. She used to write sidebar rants for his football column before she had two kids who broke her brain. This isn’t a comeback, more like a cameo.

Lately Lindsay has really gotten in my head. I can’t stop watching the live car crash that is her show, Lindsay, on Oprah’s network, OWN. As a mom, I want to keep this on my DVR until my daughter is 17 so I can show her what a crazy person looks like. It’s a road map for every single behavior my daughter should avoid. Especially Lindsay’s decision not to cover those 32DDs in bras at all times. Couldn’t she have gotten more $$$ from Spike if she was going to let the girls loose like that? Does Lindsay even realize she doesn’t have a bra on, or that she’s being filmed by cameras that relay this footage to a television network?

And how can her mom, Dina, show her face on this show after getting a DWI weeks after her daughter left rehab? I don’t like bagging on mothers, because it’s difficult to be a mom. I’m sure someone could criticize things I do with my kids, like the time I called my son a “dickhead” in Subway with 10 other people in line. (Thank god cameras weren’t there, because I’m also grateful that nobody taped me shoving the six-inch sub into his hand and saying, “Here, eat this, you little terrorist.”) But Dina has three other kids, including a 17-year-old, as well as poor, poor Lindsay, who is running out of ways to be a mess. And Dina is notorious for partying with her daughters, even though she is older than Jennie Garth — and for me, Jennie Garth is the cutoff line for whether women should go to nightclubs while wearing crop tops and leather pants. Dina also married and divorced hothead Michael, who helped get Celebrity Rehab canceled. Good job, Oprah — you’re rooting for her???

And Oprah, did you really need ratings so badly that you moved a recovering former A-list alcoholic, along with 8,000 pounds of her clothes, from L.A. to N.Y.? You really needed to force her to live in a cramped hotel room with 50 boxes, so you could bring her closer to her negligent parents who are just as screwed up as she is? You really needed to let Lindsay struggle for days on end to find an apartment that seems like it will never come because she’s already been blacklisted from every expensive L.A. hotel and spa for trashing them? You really kept bringing in that camera crew even as Lindsay became unhinged by the camera crew? Now that’s a recipe for recovery!

My advice to Dina: Emancipate your youngest son and give him a chance at life. It’s not too late.

My advice to Lindsay: Move overseas and consider foreign films with heavy ratings. Also, bras. You can get them anywhere. All the stores have them. Costco even sells them in bulk quantities.

My advice to Oprah: Stop lying and pretending you care about Lindsay. You don’t; you care about ratings. If you really wanted to help Lindsay, you should have invited her on the show when you give away all the free stuff. Maybe that could be your season finale. Just make sure you give away some bras.

‘Parenthood’ Cry of the Week: Can Anyone Explain This Hospital Drive?

Drake Enjoyed Some Stealth Interaction With His Haters Last Night