A Super-Fan’s Humble Requests for Season 4 of Louie 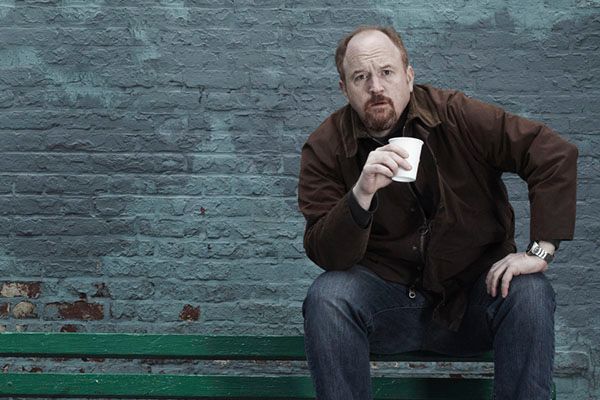 Louis C.K.’s dictatorially controlled sitcom/weekly short film/art project/sometime comedy-delivery system Louie will wrap its third season tonight on FX. It’s been a tremendous run: Heightened plot coherence, including two multi-episode arcs; unforgettable cameos by Parker Posey, David Lynch, and Melissa Leo, along with welcome spots from Robin Williams, Marc Maron, Maria Bamford, Paul Rudd, Susan Sarandon, and Jerry Seinfeld; advanced prowess in the filmmaking, scoring, and writing. Even in the few wonky moments, it’s been a pleasure to witness C.K. whittling this series toward further excellence the way he did with his stand-up act and his business acumen. While Sir Szekely has built the show around his nonexistent need of assistance, we’re in for a long, bitter Louie­-less stretch of months after tonight’s finale, so we’re gonna daydream about Season 4 for just a moment. Here are 10 humble requests for a man who takes orders from no one.

Not sure how this would work, but it could look something like C.K. delivering close to 22 minutes of new stand-up through an episode (although his ability to duck Standards and Practices for that duration is an absolute impossibility). Some kind of episode centered on a big headlining gig for Louis, maybe Pulp Fiction–ing the timeline to show his preparation (it’d be great to see some screen time dedicated to his joke-writing/honing process) for the gig once or twice in the middle. But an episode featuring more than a couple disjointed onstage bits would be wonderful for (a) fans who love Louie but haven’t yet swum deeply in his majestic stand-up lagoon (do those people exist?) and (b) everyone who appreciates C.K.’s strongest suit. Yes, he’s making one of the best shows on TV, but he consistently performs the best comedy around.

Pamela Adlon continuing to stay off Louie for her steady gig on Californication is like Lil Wayne turning down some government-engineered kush ’cause he snagged two baby aspirin that night. No sense. A few well-placed doses of Adlon — as an actress and as C.K.’s consulting producer — boost Louie to its finest stratosphere. And while this isn’t any kind of sentimental Jim-and-Pam plea, it wouldn’t hurt to see Louie and Pamela ease into a relationship. Or for Louie to simply get more chances to make hall-of-fame romantic passes at Pamela only to get mercilessly burned infinity more times.

3. Do an Episode Where C.K. Shaves His Goatee

Just because I thought it might happen during the “Late Show” arc when David Lynch decimated C.K.’s appearance and I haven’t shaken the idea since. (Spoiler alert, though: Here’s a photo of a goateeless C.K., and here’s one more. You decide which is more terrifying.)

4. Since He’s Bordering on a Cast Made Entirely of Stars, Consider …

Bringing back the damaged school mom Delores this year was an ace. Next time: Louie heads back to the South to reconnect with the gentle male cop he smooched? Louie finds out what the hell happened to Parker Posey’s Liz, alias the Woman Named Tape Recorder? Joan Rivers gives Louie a booty call? The Christian anti-masturbation queen returns and she’s fallen out with the Man Upstairs?

Besides claiming the throne as America’s Montesquieu of Masturbation, C.K. has slammed against essentially every taboo subject available — suicide, religion, rape, horrible diseases, race and racism, sex, drugs, sex with children and the dead, homosexuality, knowing how to be a good person and rejecting it anyway, the most offensive words English has on tap. Having brilliantly executed a reverse-whitewash by giving his whiter-than-James-Taylor daughters a black mother this season, it’d be spectacular to see C.K. run further with racial themes. (Chris Rock did once call him the blackest white guy he knows.) And anytime C.K. wants to follow up that lengthy and nuanced meditation on homophobia he offered in that Season 1 poker game, we’re ready.

There was a moment in the “Late Show Pt. 1” episode where Garry Marshall bullied C.K.’s thinly differentiated character about the likelihood of his career seeing much more life. “You’re on the back nine of your career. Except for once in a while a special on cable, I think five years ago you probably peaked, and now you’re waiting around wondering if something’s gonna happen before it gets embarrassing.” It’d be nice to see sad-sack Louie have the same stroke of genius that ultra-savvy Louis had, and be celebrated for it. Uncomfortably, of course.

9. Let’s Get More Viewers Watching This Thing and Discussing It Online

10. And More of Whatever Louis C.K. Wants

Zach Dionne has written for Vulture, GQ, Fast Company, Billboard, and PopEater. He is completing a novel. Reach him at zachdionne@gmail.com.