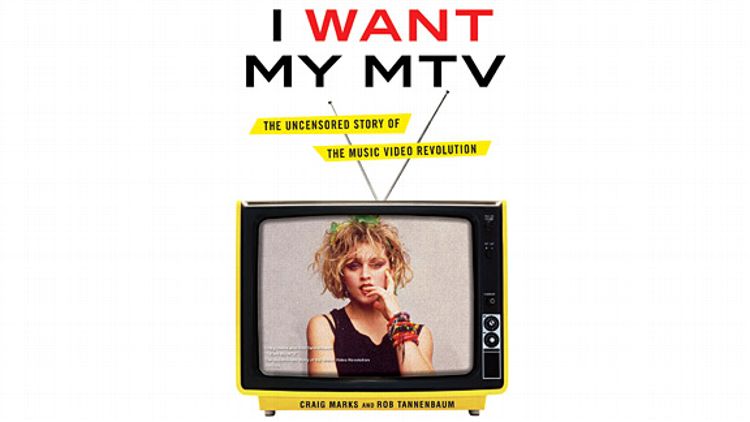 Rob Tannenbaum and Craig Marks have their oral history I Want My MTV: The Uncensored Story of the Music Video Revolution coming later this month — and since the entire Grantland staff is obsessed with the book, we asked Chuck Klosterman to visit with them to talk about the history of the music video giant. As a bonus, Craig agreed to answer a few idiotic questions from us below.

1. What’s the most important video that MTV ever aired?
You could make the case for either of two Michael Jackson videos: “Billie Jean” or “Thriller,” both from 1983. From its launch, MTV staunchly followed the programming strictures of a rock (read: white) radio station. They’d aired a few videos by black artists before “Billie Jean,” but only barely — outlier rock artists such as Musical Youth, Eddy Grant and the Bus Boys. Michael was the first “urban” artist MTV ever played, and, according to execs at his label, CBS Records, MTV did so only under severe duress. Of course, “Billie Jean” was a runaway hit, followed by an ever bigger hit — “Beat It” — followed by the biggest video hit of all time, “Thriller,” which MTV literally played every hour on the hour and changed the course of the network’s history and the history of music video.

2. Was the network’s decision to go to original programming a good thing or a bad thing? And who was responsible?
It was inevitable. Playing a different video by a different artist in a different genre, one after the other, may have been the height of postmodernism, but it sucked for ratings; unless you were too stoned to reach for your lunchbox-sized remote, you simply changed the channel if you didn’t like next video, and that was a problem. A few years after “Thriller” changed the rules of videomaking, music videos were in an aesthetic rut, and MTV’s ratings, despite the network’s cultural cache, were tanking. Change was needed, and after the original programming team, led by co-founder Bob Pittman, left the network in 1986, two people in particular — Tom Freston and Doug Herzog — bull-rushed long-form programming into MTV’s schedule. The mock game show “Remote Control” was MTV’s first non-music program; it may have been the first-ever fully ironic TV show.

3. What is your own personal most meaningful memory of MTV?
All those afternoons spent looking up girls’ miniskirts on “Club MTV.”