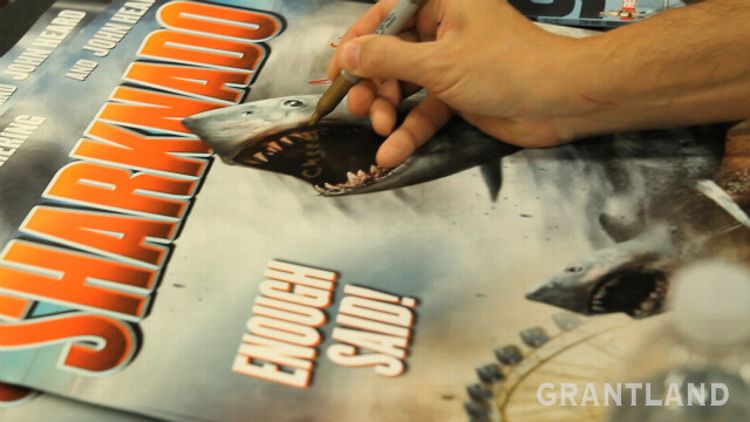 In our second on-the-ground video collection from Comic-Con, the Grantland Channel team survived a sharknado, a primetime cannibal, and a trip inside Zac Levi’s Nerd Machine. View the clips below.

The creative team behind the Twitter hit Sharknado talks to Grantland about being a social-media phenomenon, meeting its fans, and, of course, killer sharks inside tornadoes.

Grantland sits down for an exclusive interview with the creator, director, and star of the acclaimed NBC series Hannibal.

Nerd Machine founder Zac Levi has built the ultimate nerd playground on the fringes of Comic-Con.

Do You Like Prince Movies? Podcast: Pacific Rim, Andy Kaufman, and Dennis Farina