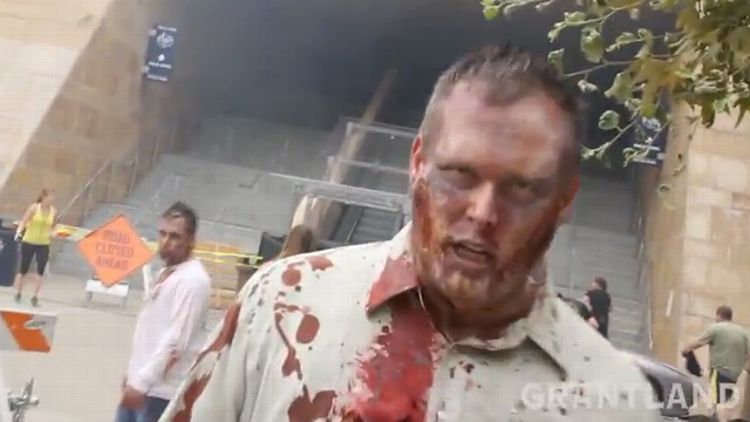 The Grantland Channel video team was on the ground at Comic-Con all weekend, soaking up the fan-fueled madness. See below for our clips with Vin Diesel, Game of Thrones‘ Samwell, and the Petco Park Walking Dead zombie run.

During Comic-Con, the San Diego Padres’ Petco Park morphs into the zombie apocalypse, giving attendees the opportunity to live out their grisliest Walking Dead fantasies.

John Bradley, who plays Samwell Tarly in HBO’s Game of Thrones, talks about what Season 4 has in store for his character, then takes Grantland on a tour of the Comic-Con Game of Thrones experience.

Vin Diesel chats with Grantland about the Fast and Furious franchise, the coming R-rated Riddick film, and Dom Toretto’s obsession with family.

A Day Inside Comic-Con's Hall H: Worshiping in the Ultimate Movie Church