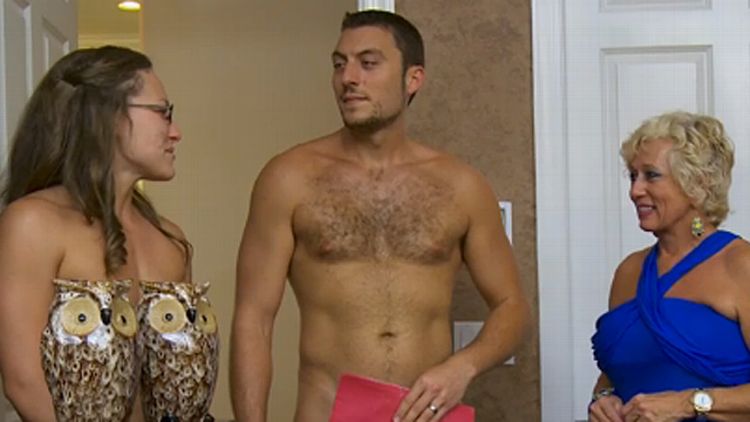 Who Is This Now? Jordan.

Why Are We Watching Her? She’s walking us through some of the extraordinary measures she takes to save money.

How Did She Get Here? During the financial crisis, Jordan and her husband lost out on the house they thought they’d live in for the rest of their lives, which seems to have triggered her extreme frugality. (However, her husband also admits that she’s been cheap since he first met her.)

What’s the Grossest Thing We See? I thought it was the segment where we see Jordan counting out the exact number of Cheerios or waffle “lines” her children get to eat for breakfast, probably setting them up for eating disorders later in life. But that was before we get to see Jordan — who lives in a million-dollar house — going door-to-door asking her neighbors to give her any food they think they might not want to eat.

What Have We Learned? Apparently you can’t be cheap if you also have any shame at all.

Who Is This Now? Hilary.

Why Are We Watching Her? She and her new husband Mike are shopping for their new home, with unusual restrictions.

How Did She Get Here? Hilary and Mike are not just newly wed: They are also newly nudists, and are checking out homes in a clothing-optional resort in Pasco County, Florida.

What’s the Grossest Thing We See? When Jackie, their Realtor (who specializes in selling property to nudists, and who is a nudist herself), shows Hilary and Mike the fitness center in the development they’re touring, Hilary tries out the sit-up bench … without putting down a towel first. That would be unacceptable behavior at my gym even if she were clothed, but having the courtesy not to put your bare ass on shared furniture is Nudist 101!

What Have We Learned? Perhaps before buying property in a nudist resort, Hilary and Mike could have GOOGLED ONE ARTICLE ABOUT NUDISM.

Who Is This Now? Dominique.

Why Are We Watching Her? She’s sharing, with her frenemies, that she’s nervous about her fiancé’s parents’ visit.

How Did She Get Here? Her fiancé, Deitrick Haddon, is a former minister and gospel recording artist who caused a scandal in his circle when he got Dominique pregnant out of wedlock. (He also got divorced from his first wife, but it’s not totally clear which event came first.)

What’s the Grossest Thing We See? Dominique is trying to share her feelings about Deitrick’s parents and how judged they make her feel, when her supposed friend Myesha, another minister’s wife, “innocently” asks, “Do you think it was because you got pregnant?” in a way that says, “It’s because you got pregnant.” SO GLAD YOU’VE GOT YOUR GAL PAL’S BACK, MYESHA. SHE KNOWS SHE GOT PREGNANT BUT JUST IN CASE SHE FORGOT, GOOD THING YOU REMINDED HER.

What Have We Learned? Preachers of L.A. is really just a Real Housewives show with bibles.