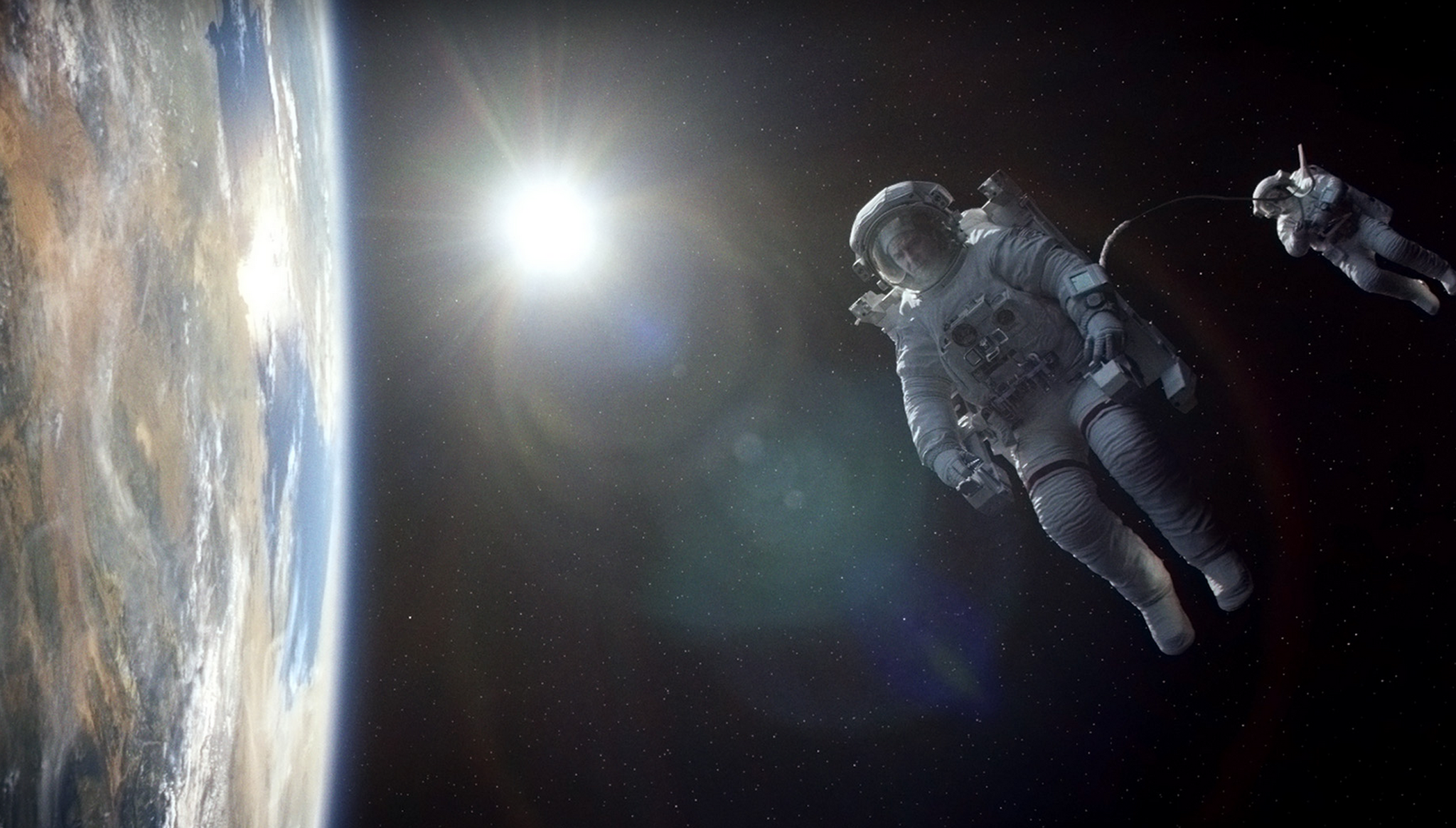 Tomorrow we’ll have all the answers, but today, one last question: What if there were only five Best Picture nominees? Through 2008, predicting the list was, if not easy, easier: A very small handful of films, representing both passion and consensus, would make up the field, and everything else was an also-ran. Then, for two years, we had 10 Best Picture nominees. That was, to my taste, a bad idea, one that made the Academy Awards lineup feel like little more than the slowest-arriving 10-best list of the movie year, but it was also, in a way, easy for predictors: Everything that looked like it might get nominated did get nominated.

Two years ago the rules changed again, this time in a particularly bedeviling way: The Best Picture field would henceforth include between five and 10 nominees, using a system of fractions and percentages and ballot redistribution that I explained in this space two years ago and will never, ever put you or myself to sleep with again. It’s comforting to imagine that this system was designed to permit more nominees in years offering an extraordinarily high number of films of exceptional merit, and fewer in years in which the field is weak. But that doesn’t seem to be the case: 2011 was a somewhat unimpressive year and yielded nine Best Picture nominations; 2012 was a considerably more impressive year that also yielded nine Best Picture nominations. So let’s agree that quality has nothing to do with it; the counting system suggests that in a year in which two or three movies were overwhelmingly favored by the Academy membership, we might have only five or six nominees, but a year in which passion was spread around might produce eight, nine, or 10 (although when the Academy instituted this new system, it re-tallied the Best Picture nominees for the previous decade and made a point of announcing that no year would have yielded 10 Best Picture candidates).

What’s in and what’s out? Let’s count down, in descending order of probability:

Steve McQueen’s drama was prematurely — which is not to say incorrectly — anointed the front-runner way back in September, and has never really relinquished the position, despite constant murmurs that people aren’t really passionate about it and are looking to reward something else. Do voters really like McQueen? Did the brutality have to be so brutal? These are the fights people try to pick as a way of convincing themselves that a contest is not over even when it is. Misgivings also attached themselves to The King’s Speech and The Artist  when we were busily trying to pretend that those races were closer than they were. 12 Years hasn’t made a great deal of money — it has yet to crack the $40 million mark — but then again, neither did The Hurt Locker. The film won only a single Golden Globe, for Best Motion Picture (Drama) — but then again, Globe voters are not an Academy branch. I wouldn’t call the movie the most preemptive front-runner I’ve ever seen — but then again, it’s a strong, serious movie about a big American subject that has moved many people, and therefore resides comfortably within several longstanding Oscar traditions. We can debate its chances of winning later; a Best Picture nomination list that does not include it is unimaginable.

David O. Russell’s joyous, rancorous comedy zipped past the $100 million mark at the U.S. box office last weekend and still has plenty of momentum. It’s a crowd-pleasing movie, a feast for the actors’ branch, the recipient of nominations from the writers, directors, and producers guilds, and unburdened by any serious controversies about its morality or its factual accuracy. (“Some of this actually happened,” the title that begins the movie, is an elegant up-yours to the whole fact-check/truth-squad cottage industry among journalists who are shocked and appalled that fiction isn’t fact.) It’s a sure bet for a nomination.

I bumped Alfonso Cuarón’s thrilling mood piece about outer space as the loneliest place off Earth down to third place only because there is still a certain degree of Academy snobbery about sci-fi. In fairness, there is also, I believe, a much larger and ever-growing core of Academy respect for genre work, and Cuarón’s singular vision, great empathy, and technological prowess represent as strong a combination of Oscar-friendly virtues as we’ve seen this year.

You can’t get a Best Picture nomination without about 300 first-place votes (that means roughly one in 20 Academy voters), and I worry that Paul Greengrass’s expertly made docudrama, which is both thoughtful and propulsive, is everybody’s second or third choice. If Captain Phillips turns out to be tomorrow’s How’d that happen? omission, that’ll be why, but I’m guessing it has enough across-the-board support to make the cut. But the truth is that anything from here down could be left out …

5. The Wolf of Wall Street

… including Martin Scorsese’s controversial epic of excess, which will, if nominated, stand as the eighth Scorsese movie to receive a Best Picture nomination (following Taxi Driver, Raging Bull, Goodfellas, Gangs of New York, The Aviator, The Departed, and Hugo). That roster speaks to the deep respect the Academy votership has for Scorsese and his work — up to and, I suspect, including this movie. The Wolf of Wall Street  got a lot of publicity mileage when an elderly actress attended an Academy screening and posted on Facebook that she hated it and that a member of the writers’ branch snapped “Shame on you!” at Scorsese after the movie ended. Disgust at that silly harrumphing probably got the movie at least 100 first-place backlash-to-the-backlash votes, and its equally cranky and ardent admirers should be able to take it the rest of the way.

Does it all end there? Under the old system, the above five movies would have made a perfectly credible list, and I’d be complaining that Academy voters really need to open their minds to figure out a way to include work as delicately textured, modern, and personal as Spike Jonze’s wistful sci-fi romance. I’m hoping that the Los Angeles Film Critics Best Picture award it shared with Gravity indicates that the movie has particular L.A. resonance; I can also imagine Her as a no. 1 pick for voters hungrily seeking a contrast to the clamor, noise, and size of most of the movies listed above. Fingers crossed for this one, but it’s a tough road, since votes for small, exquisitely shaped, auteur-driven movies could easily be split among Her, Inside Llewyn Davis, and …

Bruce Dern has been out on the awards circuit for months. The film has a director (Alexander Payne) with a respected track record, and an appealing modesty (it’s the closest thing to a Sundance movie in a year in which the Best Picture list is unlikely to include an actual Sundance movie). In addition, its theme — dealing with your aging parents — may resonate with (if it doesn’t alienate) the aging parents who make up a large percentage of the AMPAS, not to mention their kids, who make up a somewhat smaller percentage. Is the small-scale, black-and-white movie too quiet, or do the actors nudge it into contention? A very close call.

Good Oscar predictors must, to some degree, put their tastes, biases, and emotional reactions aside when the time comes to lay out their guesses. But my aversion to John Lee Hancock’s much too merry making-of–Mary Poppins story won’t permit me to rank it any higher than this. In truth, seventh or even sixth place might be more accurate, since the Best Picture field is never without one movie that makes you think How could they nominate such sentimental mediocrity while ignoring [see virtually every other movie mentioned anywhere in this column]? As we’ve learned in recent years, nobody ever went broke predicting Oscar success for a cheery movie about the good people in the movie business. To offer a spoonful of sugar, Emma Thompson is delightful. For me, that doesn’t make the medicine go down, but I think we’d all better swallow it.

And that’s it. I’m going to stop at eight, not nine, because that’s the privilege of guesswork. The movie most likely to throw an elbow into the throat of one of the above contenders is Dallas Buyers Club, so call it ninth, but really, consider the above list something approaching a three-way tie for sixth. Anything else would be a genuine surprise to me. If I am underestimating the strength of the elders, that surprise could be Philomena, The Butler, August: Osage County, or even The Book Thief. If I am underestimating the strength of people who can’t stand “Academy movies,” then Inside Llewyn Davis sneaks in, representing all the awards hopes that were once invested in Before Midnight, Blue Jasmine, Enough Said, or Fruitvale Station. All of those movies will show up on ballots — just not enough of them.

And there you have it! Tomorrow morning, we finally get to tear off the wrapping paper and look at the presents together. I’ll be back here soon after to cheer, complain, commiserate, and possibly even apologize.

Does the Terrifying 'Devil's Due' Viral Prank Bode Well for the Movie?