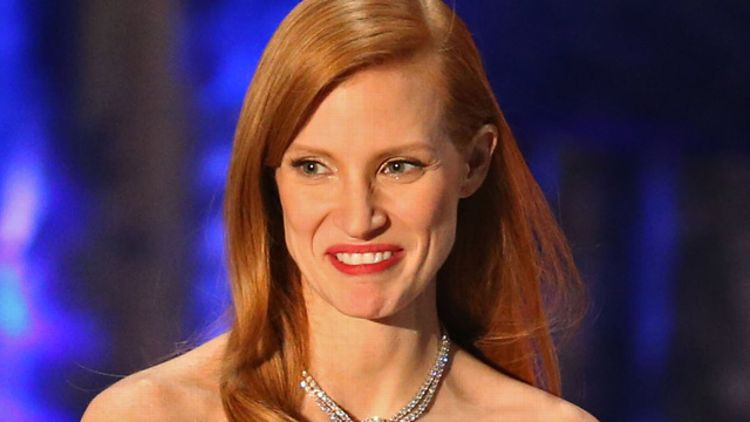 On Sunday night, the Screen Actors Guild gathered its members at L.A.’s Shrine Auditorium for its annual celebration of their shared craft, a delightful ceremony free of the annoying focus-pulling that plagues awards shows that insist on handing out statuettes to the unwashed masses who scratch out a living on the wrong side of the camera. Unfortunately, not every SAG Awards nominee gets to take home the coveted Actor, the highest honor thespians can receive from their brothers- and sisters-in-arms; for every five stars receiving the validation of a nomination, four will find themselves confronted with the challenge of making gritted teeth seem like a smile, and white-hot jealousy like warm magnanimity as the cameras mercilessly probe their reactions for any sign of disappointment. And so here we are, the morning after the Saggies (they don’t call them the Saggies, but they should), to relive last night’s victories through the faces of the defeated. When you’re this good at your job, you can make misery look a lot like triumph. Well, most of the time.

And the Actor Goes to … Tommy Lee Jones for Lincoln Philip Seymour Hoffman knows that somewhere, Jones is scowling at the text message from his publicist informing him of his win. Probably while clutching a glass of Macallan 15 and staring at the Men in Black 4 script his agent has been begging him to read for three months.

And the Actor Goes to … Anne Hathaway for Les Misérables WINNER’S INTERLUDE! And the Actor Goes to … Anne Hathaway for Les Misérables There’s a beautiful truth revealed only in the moment someone steps on stage to accept an award bestowed by her peers: Holy fucking shit, winning is amazing. And from that moment on, they would gladly give their hair or their teeth to feel the warmth of that spotlight again. Back in the green room after her win, Anne Hathaway was given some electric shears, a pair of pliers, and a note reading, “It feels a thousand times better at the Oscars.”

And the Actor Goes to … Alec Baldwin for 30 Rock “I can’t even imagine what it’s like to win when your show’s ending. How bittersweet. Here’s to 25 more Emmy-winning seasons!”

And the Actor Goes to … Tina Fey for 30 Rock At this precise moment, Amy Poehler became the first actor in history to be genuinely delighted that a friend won an award.

And the Actor Goes to … the Cast of Modern Family Trying to resist the Modern Family awards juggernaut is like trying to fight the weather in Los Angeles; if you rise each morning, hopeful the marine layer won’t lift, finally blanketing the city in something other than the oppression of perpetual sunshine, most days will end in misery. These faces know the tyranny of the endless blue sky.

And the Actor Goes to … Julianne Moore for Game Change And the Actor Goes to … Kevin Costner for Hatfields & McCoys Since Kevin Costner opted not to receive his Actor in person, it fell to presenters James Marsden and Rose Byrne to accept it on his behalf, and to pretend they were being deprived of the thrilling chance to watch Costner look vaguely annoyed to be recognized yet again for taking a paycheck from the History Channel.

And the Actor Goes to … Bryan Cranston for Breaking Bad “Wow. I’m still fairly new to this, I didn’t even realize it was possible to lose! I’m not sure I like this feeling.”

WINNER’S INTERLUDE! And the Actor Goes to … Claire Danes for Homeland Make no mistake: Claire Danes would bludgeon every single person in that ballroom to death with a rusty pipe if it meant just one more minute basking in the glow of victory.

And the Actor Goes to … the Cast of Downton Abbey Jon Hamm can’t catch a break, except perhaps when it comes to being the most sexually desired man on the planet. (Moments later, a bathroom attendant would offer to fellate him just so he could tell his wife about the experience.) John Slattery, meanwhile, is not the kind of guy to sit there and pretend he understands what all this Dowager Countess bullshit is about.

And the Actor Goes to … Jennifer Lawrence for Silver Linings Playbook Jessica Chastain, perhaps the finest actress alive, instantly and completely inhabits the character of “woman using a dazzling smile to hide the realization that she’s not going to win an Oscar this year” upon hearing Jennifer Lawrence’s name announced. So total is her mastery of craft that she never flinches throughout Lawrence’s acceptance speech, even at the part where the woman who will soon claim the Best Actress Oscar mentions she earned her SAG card after appearing in a My Super Sweet 16 promo.

And the Actor Goes to … Daniel Day-Lewis for Lincoln Note to Hugh Jackman: Save the roles that involve flailing in an underground river of human excrement for the years Daniel Day-Lewis is off cobbling shoes.

FINAL WINNERS’ INTERLUDE! And the Actor Goes to … the Cast of Argo “The people in this room already know this, but to the millions watching at home, let me tell you: You have no idea how awesome it is to be an actor. It’s so great that I was willing to become a director just so I could keep acting. And I promise everyone here tonight, with Spike Lee as my witness, that I will never take this award for granted, and I’ll never stop creating wonderful opportunities for myself to act.”