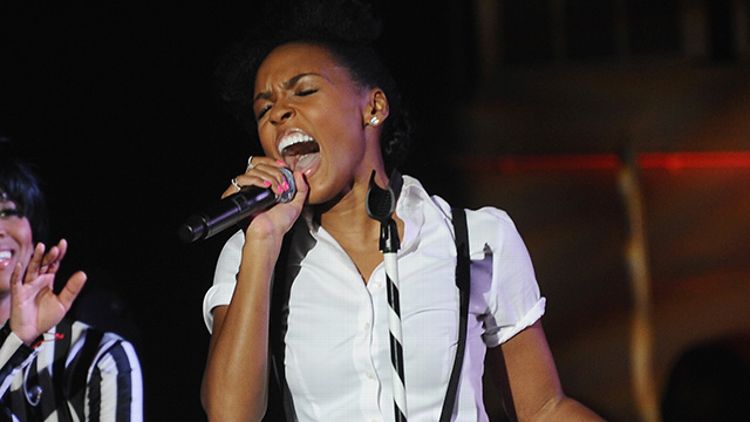 Janelle Monáe and The Weeknd are curently among a group of artists who have been lumped under the highly suspect heading of “hipster R&B.” Also known by the snarkier sobriquet “PBR&B,” hipster R&B is characterized by a fealty to the genre’s ’60s and ’70s prime as well as some of the sonic elements of indie rock, not to mention an aversion to clichés associated with more commercially successful R&B artists. Oh, and it’s also music that is supposedly enjoyed by pasty, emaciated, trend-humping urbanites who spend all day making fun of other pasty, emaciated, trend-humping urbanites online.

Essentially, it’s an imaginary subgenre — a clever but problematic construction invented by music critics that both describes a real sea change in pop music in the last several years and marginalizes the artists who have been forcibly associated with it. Those who wield the term are committing an all-too-common sin in pop discourse: defining artists by their audience (or, more accurately, who is perceived to be their audience) rather than their artistry.

Not that the world needs another subgenre designation, but I’d like to propose a new term that I feel is more apt: AOR&B. It nods to the classicist rock, soul, and rap influences many of these artists share. It’s also more descriptive: Frank Ocean, Miguel, Monáe, and The Weeknd are as serious as anybody in pop music right now about using the LP format to make big, ambitious statements about themselves and their place in the culture. Monáe and The Weeknd (the adopted moniker of Canadian singer-songwriter-producer Abel Tesfaye) are particularly fond of immersive, grandiose album concepts that emphasize style over substance, as evidenced by their new records released this week.

Monáe’s latest album, The Electric Lady, continues a convoluted science fiction saga that began on her acclaimed 2010 full-length debut, The ArchAndroid — it’s about a time-traveling cyborg named Cindi Mayweather who’s been tasked with delivering an oppressed people from the clutches of a dastardly corps of robots. Tesfaye, meanwhile, casts himself as the villain on the new Kiss Land, spinning episodic tales about backstage trysts and the sadomasochistic dynamic between craven groupies and self-obsessed stars. This thematic territory will already be familiar to fans of The Weeknd’s bleakly nihilistic mixtapes collected on 2012’s Trilogy.

As is the case with other artists classified as hipster R&B, there’s little that connects Monáe and Tesfaye beyond a handful of superficial affinities. Monáe, for one, is more eclectic than the musically monochromatic Tesfaye, who favors lumbering tempos and gothy atmospherics. Being a polymath is kind of Monáe’s whole thing: The Electric Lady draws on ’30s big band jazz, ’50s sock-hop pop, ’60s Motown, spacey ’70s funk, ’80s new wave, ’90s hip-hop, and early ’00s neo-soul. Monáe’s appearance on Late Night With David Letterman earlier this week similarly felt like a kitchen sink–style history lesson, as a strikingly attired Monáe shuffled her feet like James Brown, shook her pompadour like Little Richard, and hurled herself atop Dave’s desk like Prince at his most eager to entertain.

Watching Monáe give it her all on Letterman was a reminder of how easy it is to admire her, even as her music leaves me cold. Monáe is an excellent curator of 20th century pop culture — the liner notes of The Electric Lady are thick with expert references any music geek can appreciate. (She describes one song as “Stevie Wonder listening to Os Mutantes on vinyl [circa 1973].”) She has such great taste that it seems almost like a foregone conclusion that The Electric Lady would also be great. And yet I can’t shake the feeling that Monáe has not yet found a way to synthesize her record collection into a compelling package that’s uniquely her own.

For all of the juxtapositions and self-conscious weirdness that exists on The Electric Lady, it never feels like an adventure. It actually seems a little staid. She’s like an iPod shuffle version of Sharon Jones: Monáe doesn’t make you hear P-Funk or Prince or Stevie Wonder or the brilliant Brazilian psych-rockers in Os Mutantes in a new way. She merely congratulates you for appreciating an artist who appreciates all of those other artists.

That sounds harsher than I intend. I do appreciate what Monáe is attempting to pull off on The Electric Lady. I could get behind songs that reference Dorothy Dandridge and Off the Wall–era Michael Jackson if listening to The Electric Lady didn’t feel like work. (At 19 songs, it’s a long ride even for Monáe’s most ardent admirers.) Perhaps my biggest struggle with The Electric Lady is that I kept getting distracted by the riotous Wise Up Ghost, the new collaborative effort by Elvis Costello and the Roots that’s out Sept. 17. While Wise Up Ghost has a similar scope to The Electric Lady — Monáe has nothing on Costello and Questlove when it comes to voluminous musical knowledge — Wise Up Ghost has an informal looseness that’s genuinely disarming. It’s fun, in other words, rather than a self-described android’s idea of fun.

No matter my ambivalence about The Electric Lady, at least I came away liking Monáe and hoping that I’ll connect with her music in the future. As for The Weeknd, I think I’m done. The worst I can say about The Electric Lady is that it failed to draw me in — I longed to relocate to a different zip code from the repellent Kiss Land whenever professional obligation required that I put it on. Over-ripe, joyless, and utterly bereft of uplift or musical muscle, Kiss Land reveals the emptiness behind Tesfaye’s self-pitying misogyny. This is a deeply silly record: When Tesfaye sings “you can meet me in the room where the kisses ain’t free / you gotta pay with your bo-dy” on Kiss Land’s title track, it’s not sexual menace he’s communicating, it’s campy cheese that lives up (or down) to that ridiculous album title.

I found Tesfaye’s opening salvo of 2011 mixtapes — House of Balloons, Thursday, and Echoes of Silence — to be uneven and a little dull, though he undoubtedly had a distinctive aesthetic that proved to be widely influential. From the beginning, Tesfaye’s strengths and weaknesses were readily apparent: He’s good at setting a mood, decent at hooks, subpar at writing lyrics, and terrible at pacing. Tesfaye knows how to work a moody ballad set in a downcast club populated by dead-eyed sex zombies, but he’s clueless about the “R” part of R&B, which inevitably turns his albums into slogs. Aside from the relatively fleet “Wanderlust” — which gets a moderately lively remix courtesy of 2013’s ubiquitous pop wunderkind Pharrell Williams on the deluxe edition of Kiss Land — Tesfaye favors creeping beats and smoldering (and frequently repeated) recriminations.

About those recriminations: Tesfaye once could pass for Season 1 Walter White — a flawed man who knows he’s made some bad choices and yet is drawn deeper downward. But in the time between the release of his first records and Kiss Land, Tesfaye (as he sings on the title track) has gone “from starin’ at the same four walls for 21 years / to seein’ the whole world in just 12 months.” There’s no doubt that the power lies with Tesfaye in the relationships he sings about on Kiss Land, or that this power has turned him into the loathsome Season 5 Walter White. “Don’t you shy away from me / just sacrifice your every last inhibition / I’m on your side / don’t patronize,” he sings on “Wanderlust,” reiterating the same “fuck me and then go” sentiment that echoes throughout the record. (In case it’s not already clear: Guys who say “I’m on your side / don’t patronize” are the ones you cross the street to get away from.)

Tesfaye isn’t the first (and probably won’t be the last) artist to explore his distrust of women in his art. The difference between Kiss Land and the year’s most scathing record about misogyny, Kanye West’s Yeezus, is that you don’t sense that Tesfaye is interrogating his own neuroses. There’s no catharsis, only stasis. Tesfaye revels in degrading women as a hedonistic, publicist-approved pose — he wears his misogyny like Lana Del Rey dons Eisenhower-era evening gowns. Some might see it as darkly glamorous, but it’s really just pointless and depressing.