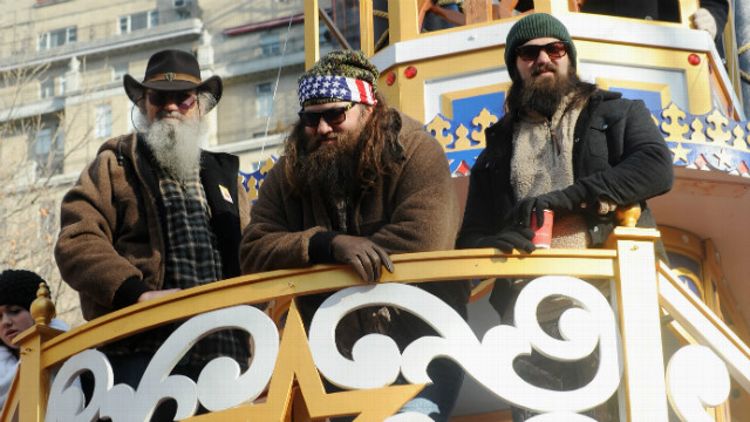 The “indefinite” part of “indefinite suspension” isn’t always a bad thing, Duck Dynasty’s Phil Robertson just learned. Less than two weeks after the publication of a GQ profile laden with homophobic remarks alongside racially reprehensible comments stacked atop more homophobia, Robertson has been reinstated by A&E’s marquee program. “We at A&E Networks expressed our disappointment with [Robertson’s] statements in the article, and reiterate that they are not views we hold,” reads the latest in a flurry of statements. “But Duck Dynasty is not a show about one man’s views. It resonates with a large audience because it is a show about family … a family that America has come to love. As you might have seen in many episodes, they come together to reflect and pray for unity, tolerance and forgiveness. These are three values that we at A&E Networks also feel strongly about.”

The quick reversal of A&E’s decision came shortly after the Robertson family made its own announcement: “We are disappointed that Phil has been placed on hiatus for expressing his faith, which is his constitutionally protected right. We have had a successful working relationship with A&E but, as a family, we cannot imagine the show going forward without our patriarch at the helm.” The statement referenced the Robertson family’s Christian devotion. In turn, a group called Faith Driven Consumer began a petition at IStandWithPhil.com and earned more than 264,000 signatures; that group now says A&E’s flip-flop “is in direct response to the powerful and engaged voices of millions.” Someone should check that math when they have a sec.

Speaking of math: Deadline writes that Duck Dynasty has earned $400 million in merchandising and, in the first three quarters of 2013 alone, $80 million in ad sales. The New York Times adds that Walmart sells Duck merch in no less than six departments, and that Duck the Halls, the beardiest album since the Hobbit soundtrack, has moved 700,000 copies since its October 29 release. These are all good figures to note while considering A&E’s decision to not even give an honest wrist-slapping to a man whose audience consists, on a good night, of almost 12 million Americans.

Duck Dynasty’s fifth season will kick off January 15, only a month after Season 4 concluded; a series of tolerance-oriented PSAs will run in tandem. “Details of the PSA campaign, which will run across A&E, History, Lifetime and other A&E outlets, were sparse on Friday,” Variety reports. (Oh, yeah — A&E dumped this news on the Friday afternoon after Christmas, stealthy as could be.) “There was no word if any of the Duck Dynasty family members would appear in the spots, or if any of the issues would be addressed in the future episodes of the show.” An early, purely speculative word, though, would be naaah.

The 10 Most Underappreciated TV Performances of 2013