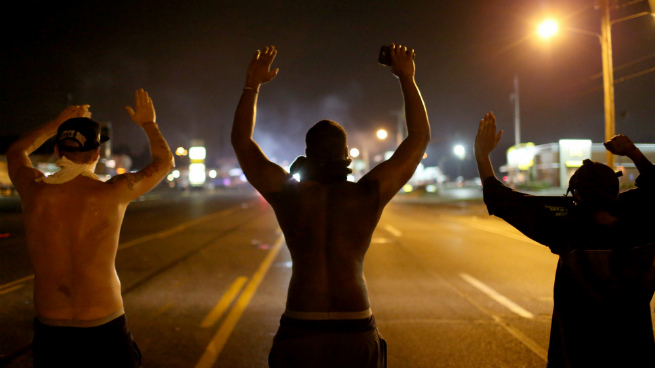 This week Alex Pappademas and Wesley Morris wade into the news coming out of Ferguson, Missouri. Their media intake has been high, and they spend a few minutes discussing which coverage is what, in particular the surprise at the level-headedness of the Vice News live feed from the scene. They also ruminate about race and dogs and the police. Bear with them. [Note: Wesley mispronounces Yamiche Alcindor’s name. It’s “Yuh-MEESH.” She reports for USA Today, and her coverage from Ferguson has been excellent.]

It’s August, and so it’s also time to clear off the list of topics they haven’t gotten around to earlier this summer: the sideways comedy of the business-improvement parody Nathan for You, and HBO’s The Leftovers, about which they mildly disagree.

Grantland’s coverage of Nathan for You

Grantland’s coverage of The Leftovers

Filed Under: Grantland Network, Podcasts, Ferguson, the leftovers, nathan for you, TV

'Coherence': The Best Sci-Fi Movie of 2014 That You Haven't Seen